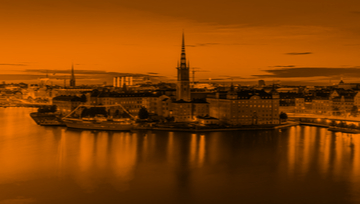 After licensed gambling operators in Sweden identified a prevalence of unlicensed gambling sites operating in the country, the government embarked on a program aimed at channeling Swedish gamers to legal online gaming and sports betting sites. But a recent report indicates that the government’s efforts are falling short.

In Sweden, the Swedish Gambling Authority regulates almost all gambling activities including land-based casino gambling, sports betting, horse race wagering, lottery games, online casino venues  and bingo games. Only games that don’t involve chance and skill-based gaming activities – such as fantasy sports betting – don’t fall under the auspices of the SGA.  The Authority is also responsible for ensuring that operators and bettors focus on responsible gambling and social responsibility.

Online gaming is covered by the 2018 “Gambling Act” which sets out the criteria for obtaining a license to operate gambling sites in Sweden. The law broke up Sweden’s state-owned monopoly and spelled out the requirements that such companies must fulfill in order to get a licenses. Thirty online gambling licenses were issued in 2019 and new licenses continue to be issued. Most forms of betting are allowed to take place online except spread betting and betting on animals pitted against one another. Sweden charges a 18% tax on gambling revenues to licensed online casino operators.

As part of the Gambling Act, the Authority was responsible for channeling Swedish players to legal sites. However, Swedish operators say that this has not happened. They say that not enough effort was put into promoting channelization and they object that the Authority -- the Spelinspektionen -- is demanding more from licensed operator than from the offshore and other unlicensed operators.

A recent report by the Copenhagen Economics consultancy highlights the numbers that show that the channelization rate for sports betting and online casino sites is below government targets. In fact, the report notes, channelization is in decline. Local operator association Branschföreningen för Onlinespel (BOS) commissioned the report.

The numbers provided by the report were significantly less than the Spelinspektionen’s estimate  that stated that between 85% and 87% of Swedish players were placing their bets at licensed sites. Even the Spelinspektionen’s report showed that those numbers had dropped since the Licensing Act was enacted. Prior to 2018, an estimated 91% of gambling revenue came via licensed operators.

The BOS report casts doubts on the Authority’s figures. The report notes that the unlicensed online market was almost certainly larger than the regulator’s figures suggest. In compiling their report, the BOS based their criteria on three key factors including changes in the channelization rate, channelization rates for the various verticals and the lure of offshore offerings as opposed to legal products.

The estimates provided in the Copenhagen Economics report were culled from a variety of sources including indicators of overall gambling turnover from online sources, an empirical analysis of licensed providers’ development of turnover, Spelinspektionen estimates and interviews with representatives of the industry and consumer surveys. Copenhagen Economics notes that, using such a large pool of resources, it was aiming to ensure that the final estimates’ data sources were “robust and conservative”.

BOS referred to the report when they confronted the Authority this April. “Although the dramatic decrease in gambling volumes in Q1 2019 stabilised during the remainder of the year, we can nevertheless observe a steady increase in the overall market. The increase is not mirrored in the volumes recorded by the licensed operators. We therefore conclude that the channelization is decreasing further in the verticals in online casino and sports betting.”

The Swedish government had initially set its goal of channeling 90% of Swedish gaming to licensed websites.  Gustaf Hoffstedt, BOS secretary general, points to the report to bolster his belief that over-regulation is stifling the licensed gambling sector and illegal gambling sites are the beneficiaries.

“There is no doubt that the licensing system is under heavy pressure when it comes to the gambling verticals sports betting and online casino.  It is irresponsible to even consider further restrictions towards the locally licensed operators in those verticals, since we know that such restrictions push the punters away from the licensed market to the unregulated illegal market with its non-existent costumer protection.”

In conjunction with its BOS study, Copenhagen Economics  conducted a consumer survey. They found that 15% of Swedish players who play online said that they had played at unlicensed online sites and a further 25% said that they had, already, played on such sites. 17% of respondents said that they didn’t know whether the site on which they were playing was legal or not.

Reasons for going to unregulated online sites centered mostly on the bonus offers that such sites offer. Licensed sites could only offer one bonus to each customer at a time while the unlicensed sites could deliver  multiple bonuses that can be used simultaneously. Survey respondents who had played on both licensed and unlicensed sites said that the payouts were just as quick on an unlicensed site as on a licensed site, sign-up was just as easy on both sites and they felt that both types of sites offered the same level of safety to their customers.

Almost half of the players cited the ability to remain anonymous on the unlicensed sites as their primary reason for choosing unregulated over regulated gaming sites.

Hoffstedt said that, in reading the report, it was clear that tighter regulations would only benefit the offshore gaming companies more. “The future for the Swedish licensing system is now determined by the authorities and the Government’s ability to abstain from further restrictions towards locally licensed operators,” he said.

Hoffstedt was referring to an upcoming regulation for Swedish online casinos that would require limits of SEK100 for bonuses and SEK5,000 for weekly deposits. A second proposed regulation, which has not yet passed,  aims to prevent match-fixing by prohibiting wagers on matches outside the top four tiers of football both in Sweden and anywhere in the world.

“First of all, Minister Ardalan Shekarabi must withdraw his proposed additional restrictions ….towards licensed operators,” said Hoffstedt. “Secondly the Gambling Market Inquiry headed by Anna-Lena Sörenson must abstain any suggestions on additional prohibitions regarding marketing for licensed operators.”

“And thirdly the Swedish Gambling Authority must withdraw its suggested additional restrictions for sports betting towards licensed operators, like prohibitions on betting on friendly matches and lower divisions in football.”

Since the 2018 Gambling Act was passed, Sweden is recognized as a country that has one of the world’s strictest enforcements of igambling regulations. Authorities have been particularly vigilant regarding underage gaming. Many in the government would like to see an even more proactive approach on the part of the Spelinspektionen to limit gambling in the country.

But more regulations could drive more Swedish players to unregulated, offshore companies, a chance that the government seems unwilling to put to the test.