1000's of Invitations Sent out for Fortnight for Mobile 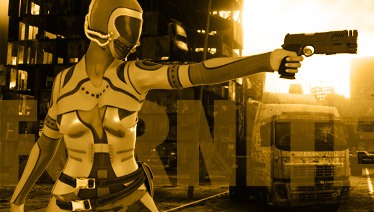 iOS mobile users will now be able to open and play the popular Fortnight games on their tablet or smartphone device. The company sent out the first wave of invitations this week with additional invitations set to go out in the coming days and weeks. Fortnight can't be found at the online casino but may only be downloaded through an invitation.

The iOS version was released first with an Android version coming soon. The game is downloaded via invite from the Apple Store and is still being tested – users are asked to report problems to the developer. The new mobile version is compatible with the 3.3 Fortnight that features remote explosive weapons and supply llamas

The Fortnight series centers around a futuristic scene in which 98% of the Earth's population disappears. Earth is now covered with dense clouds that create chaotic storms from which husks -- humanoid zombie-like creatures – drop down to attack the survivors. These people discovered ways to  construct "storm shields", which clear the storm clouds above and reduce the husk attacks.

The survivors have also banded together on survivor bases that were set up around the world. To play the game you become a commander of one of these bases. You must lead your followers on expeditions out of the storm shield so that you can find resources and other survivors. The bases collaborate in efforts to expand the existing storm shields while they look for solutions that will allow Earth to return to its normal state.

Save the World and Battle Royale

The original game is the Save the World  version while Battle Royale was released later. Both are now mobile-enabled for iOS devices.

Version 1 of the game is the Save the World variation. Save the World involves a cooperative player-vs.-environment gameplay in which players must craft weapons, scavenge for food and other supplies, build fortified structures and fight waves of encroaching monsters while they search for ways to restore the Earth that they once knew.

Players navigate different challenges that center on managing the resources at the home base and setting out on missions to complete quests. Each player receives an inventory of hero characters, weapon and trap schematics, support and defender characters and resources. These characters collaborate to build traps and weapons while on the field while the characters come from four different classes.

Defenders are summoned to help whenever four players or less are out on a mission while support characters form squads which provide passive bonuses to the player's attack strength to help the main players build health, armor and speed. The player earns (and can spend) experience points and resources which are acquired through the characters' actions.

Hero characters have the ability to unlock special skills when they're in the field and spend their skill points and technology points that they've earned. Spending these points allows the character to earn new technologies and skills which, in turn, improve his attributes.

Battle Royale is a continuation of the original game. It was released a few months ago and is also available on mobile iOS devices (with Android release expected soon).

The first Fortnight game was developed by the Epic Game Designer. Epic's intention was to create a game in which players interact in "a world where you explore, you scavenge, you build and ultimately you survive." The game was designed as an exclusive personal computer using the UnReal 4 game engine. Epic released the game in  2013 for PC entertainment. Until this year they stuck with the console focus because they didn't want to cope with certification for mobile.

Fortnite Battle Royal was first released in September of 2017 and the good reception that it received convinced Epic to split off a separate development team that would focus on improvements. That move helped speed up the mobile release date.

The reviews for the mobile Fortnmight have, so far, been laudatory. Players find that Epic Games did a fantastic job of getting the game to perform on iOS (the only mobile platform to date – an Android version is expected in the near future). The designers kept the game small with a 2GB download.

The duck, jump and item selection controls take up precious screen real estate but the overall gameplay remains intuitive. Players slide their left thumb in any given direction as they move the characters. They can move it further with another slide or start running with a double-tap. Swiping the right thumb in either direction turns the character and complicated movements, such as spotting a target or spinning around, remain accurate.

On mobile the game's flow remains the same. Fortnite on mobile adds new, unique features that make the process of hunting enemies even simpler than is experienced through console or PC play. There's an  on-screen indicator that shows the intensity and direction of footsteps and gunfire for times when the game is being played without audio.

In many ways the experience of lining up a target in a gun's lens and pulling the trigger – all with minimal movements and fingertip controls -- mimics almost exactly the real battle adventure.  Other intuitive tweaks include having the game switched to the first-person perspective at certain junctures and removing characters from sight to free up more screen space.