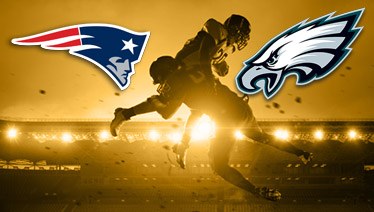 Las Vegas sportsbooks bettors placed a record $150.58 million on Super Bowl bets but it wasn't all good news for the bookies. Oddsmakers almost universally named the Patriots as the favorites in almost every category but that's not how it played out on the field,. Eagles fans, including a mystery $3 million deposit, took most of the cash right out of the Las Vegas bookmakers' hands.

Those who were willing to take a chance on the underdog Eagles enjoyed a rewarding night while the books took home just $1.1 million – their smallest total profit since 2011 when the Green Bay Packers scored a victory over the Pittsburgh Steelers.

The total value of bets placed through Las Vegas sportsbooks on the 2018 Super Bowl beat the previous Super Bowl value (of 2017) by nearly $20 million. Yet in total, Nevada's 198 sports books profited only to the tune of $1.2 million after the 2018 Super Bowl. This is $9.8 million less than the amount that they collected after the 2017 Super Bowl. It was even more disappointing when compared to the  $19.7 with which they finished in 2014.

According to estimates by the American Gaming Association -- the casino industry's biggest U.S. lobbying group – a total of $4.76 billion was wagered on the 2018 Super Bowl. However, only about 3 percent of that amount was done legally at sports books in Nevada. The rest, which is the majority of the betting action, was done in other states or through illegal gambling action. This means that statisticians don't have any indication of how those bookies fared.

According to Frank Kunovic, director of specialty games for Caesar's Palace, "We had a few large wagers on the Patriots come in late that helped offset the avalanche of Eagles money we were taking early on. As a bookie, I feel like a kid on Christmas morning, because we had multiple offsetting wagers that could buy some very nice size houses in Vegas."

Despite Kunovic's optimistic tone, the casinos' sports' bet-takers went home unhappy. Some of the action came from high-rollers including a mystery bettor who placed a $3 million bet on the Eagles. There were four more bets of $1 million or more on the Eagles which contributed to the bookies' disappointing day. There were some Vegas winners from the Super Bowl including Caesars Palace, South Point and Westgate.  The Wynn, MGM, Sportbooks Boyd Gaming, Station Casinos, William Hill and CG Technology lost money on the game.

Almost unanimously, the Nevada sportsbooks selected the New England Patriots as the team that would win Super Bowl 52. Their computer models showed the Patriots as game winner, especially since the Patriots were entering their second straight Super Bowl.

The lines posted by the bookmakers ranged between 5 and 6 1/2 points. The Patriots were put as the overall favorites by a 4/5 margin. Total game points was placed at 48. The "pros" were off on almost every bet which cost them big.

The sports betting operations for MGM Resorts International took (and lost on) a $3 million Eagles bet that was placed by a mystery bettor. Jay Rood, who heads the operations for MGM, tried to make the best of the situation. "The game didn't quite go exactly the way he had hoped for, but we kind of grinded out a small win on this particular event when you consider all things. When you consider us as an overall hotel-casino company, I think at the end of the day, we are going to be all right. We had thousands of people here enjoying themselves watching the game."

In addition to the megabets on the game itself, the Vegas sportsbooks took a beating on the prop bets. Prop bets involve the wagers that aren't directly connected to the game score but, nevertheless, engage the imagination of the fans.

Some of the Super Bowl's most unusual prop bets included wagering on who would win the coin toss, how long it would take to sing the national anthem, whether the half-time show would feature "boopers," how many yards each player would achieve and what the Gatorade color would display.

In the end, the Vegas bookies' advanced computer modeling didn't provide accurate predictions of the game or of the prop bet events.

William Hill was one of the biggest losers among the sportsbooks, losing a $3.2 million payout to a mystery bettor and other big bets. While William Hill bet on the Patriots, the majority of their bettors chose the Eagles on the 3 major Super Bowl bets -- the moneyline, the point spread and on the total number of points scored in the game.

The $3 million Eagles wager came in during the bye week. It's not clear whether the bet was on the moneyline or against the spread. What is clear is that the casino is facing a big liability.

MGM Resorts VP of Race and Sports, Jay Rood, said “We took a big bet, we took a $3 million bet. That is obviously why we moved our position. We went down from two dollars on the moneyline to $1.80 and from 5.5 to 4.5. We're still looking to fade our position a little bit. Obviously, if the Eagles win outright, that's the worst-case scenario.”

Of course, as we know now, the Eagles won outright.

The mystery better has a ways to go to meet the biggest Super Bowl bet ever. In the 2002 Superbowl a $7.6 million bet came in on the Rams. The Rams were the 2 touchdown favorites over the Patriots but the Patriots won the game in the end, 20 – 17. Win some, lose some.