2019 Off to a Good Start for Caesars Entertainment Corporation 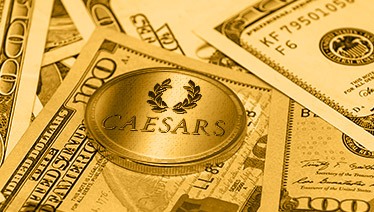 Unlike the Grande Vegas online casino and other casino entertainment companies, Caesars Entertainment Corporation does not seem to be worried about unstable casino revenues. The company is seeing its profits rising amidst worries about a possible economic slowdown in Vegas.

The company is reporting higher profits, upcoming mergers and much more.

Back in the Black

Caesars Entertainment Corporation closed 2018 with reported net income of $303 million for the year. This represents a considerable improvement over its 2017 reported earnings which showed a $368 million deficit.  The numbers translate to a 2.7% increase year-on-year.

The company successfully collected $244 million in improved annual enterprise-wide net revenues which accounted for part of the good news. But in general, the company is feeling secure enough to have decided to invest in Centaur Holdings, an Indiana operator, and to continue to diversify from its Vegas center.

According to a Caesars spokesperson, its Vegas operations had recorded a 2.5% rise year-on-year in earnings, bringing in slightly over $3.75 billion. Caesars remaining US businesses recorded a comparable 4.2% increase, bringing in approximately $4.04 billion in total.

Excluding Centaur Holdings and Las Vegas operations, Caesars’ enterprise-wide net revenues for the company’s 2018 US operations had actually dropped by 1.6% year-on-year. According to the Caesars’ spokesperson, this occurred primarily as a result of "increased Atlantic City competition as well as more competition in other areas of the country."

Frissora’s said “Caesars Entertainment Corporation’s solid performance is due in part to further labor productivity improvements and, in 2018, over $140 million of marketing efficiencies. Our casino properties, including in Las Vegas and Indiana, performed well, partially offset by the impact of new competition in Atlantic City.”

Frissora’s statement continued “This year, Caesars Entertainment Corporation will implement more efficiency and growth initiatives including expanded sportsbetting. While we will be making additional value-added investments in the business this year including the Caesars Forum meeting center on the Las Vegas Strip, our financial priority over the next few years is to further de-lever the balance sheet.”

DraftKings, the Daily Fantasy Sports operator, has signed a multi-year arrangement with Caesars Entertainment Corporation. The merger means that Draftkings will provide sports betting and daily fantasy sports at Caesars’ casinos and other gambling venues around the United States.

In a press release, DraftKings detailed the alliance, saying that Caesars will be able to utilize DraftKings’ online gaming products on an exclusive basis in states in which there are Caesars- operated casinos  -- plus, where state laws allow the online activities.

Frissora’s quote stated “Caesars Entertainment Corporation’s agreement with DraftKings Incorporated, its first multi-state partnership, brings together the established leaders in gaming, daily fantasy sports, and sports betting to provide customers more options. This alliance is the latest initiative by Caesars Entertainment Corporation to capitalize on our database, generate a new revenue stream in a growth market and raise our profile in sports, in part by creating new sports-themed guest experiences at our resorts across the country.”

According to DraftKings Chief Executive Officer Jason Robins, the union with Caesars Entertainment Corporation will allow DraftKings to accelerate the “national roll-out process” of its services by working “alongside one the largest and most established industry leaders in the world.’  The DraftKings statement read “We look forward to collaborating with Caesars Entertainment Corporation on creating the most innovative and engaging sports and entertainment products and events for our customers.”

Now that Caesars Entertainment Corporation’s finances are getting back in order, the company may be looking for a new owner.

Caesars seems to be exploring the idea of handing over ownership to another company. Carl Icahn, a Caesars backer of many years standing, is in talks with Caesars’ officials about the possibility of the billionaire making the purchase.

Currently, Icahn controls 10% of the casino giant. Company executives recently met with Icahn to discuss a possible sale. Icahn has repeatedly said that such a sale would be in Caesars’ best interests.

Caesars released a press statement that said “Caesars regularly engages with our stockholders and considers their ideas and input regarding stockholder value. The Board and management have engaged in discussions with Mr. Icahn and expect to continue a constructive dialogue. The Company intends to carefully evaluate Mr. Icahn’s suggestions, including his request for Board representation.”

The statement went on to read “Consistent with its fiduciary duties, the Board remains open to all reasonable alternatives to enhance value for Caesars’ stockholders and has and will continue to evaluate strategic alternatives presented to it across a number of factors, including potential value creation and execution risk, given our highly regulated environment in the various domestic and international jurisdictions in which we operate. Any such alternatives previously brought to the Board’s attention were considered, in consultation with its legal and financial advisors, and determined to undervalue the Company and its plan to create stockholder value over the long term.”

Icahn has said that the company’s stock is undervalued and says that “shareholder value might be best served, and enhanced, by selling the company.” As 10% holder in Caesars stock, he will push to appoint a “slate of directors” to the board at the next annual shareholders meeting. He will then bring up the issue of a possible sale with other shareholders to solicit their feedback.