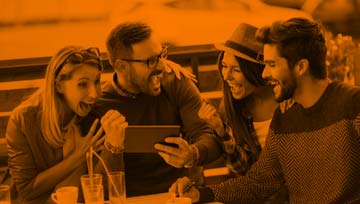 As consumer tastes change to fit with the current era, the online casino gaming industry has shown one of the largest growth spikes. Within that industry, social and mobile gaming is expanding quickly. Zoom, which was once regarded as a video conferencing platform, has shown that it can offer solutions to the social gaming industry.

Social isolation is probably the biggest contributing factor to the massive spikes in use reported by social networking sites. Most users aren’t scrolling through feeds, checking on friends’ posts or checking out new opportunities. They’re leveraging messaging services such as WhatsApp and Messenger to communicate with family and friends, accessing streaming video services and turning to mobile games for entertainment. Recent surveys have reported that 85% of consumers of all age groups are now playing mobile games to reduce stress and access home entertainment.

Mobile games now represent 23% of the total global games market. This year, gaming has grown faster than the global average, due, in large part, to the growing popularity of casual games, role-playing games and social gaming. Players report that they are turning to these games to connect with other people online. A recent study found that almost half (47%) of those surveyed said that they now play mobile games every day.

The number of respondents who play old favorites (31%) is just below the number of those who download new games or experiment with something new (32%). Many of the games offer free downloads and the mobile app user acquisition landscape has expanded accordingly.

Within the mobile gaming world, social gaming has taken a center stage in helping people find entertainment and escape while sheltering-at-home. There have been huge increases in gaming in 2020 and many players are looking for avenues beyond solo gaming – social gaming. Thanks to social video there are live-streaming events, replays, promotions and other options for gamers to enjoy a fun-filled escape.

The Zoom video conferencing network, which has become the preferred venue for classes and conferencing worldwide, is now being used to play games. The platform has proven so useful in the gaming world that games are now being designed specifically to be played on Zoom. The new platform, which builds on other social media gaming platforms, is giving game designers the chance to see how important the social aspect is in gaming.

Jeff Watson, an assistant professor at University of Southern California’s Interactive Media and Games Division, put together a competition that called for designs for Zoom-specific games. The games are highly interactive but more importantly, highlight how games can promote face-to-face socialization, especially at a time when it’s not an option for everyone.

Some examples include Kitty, You’re a Star where participants talk about their pets as their pets, I Have Never Met Someone that….in which one player starts a sentence with “I have never met someone that...” and the other player finishes the sentence and Astronauts in Trouble where participants use nearby household objects to mime how to MacGyver a solution to a space station problem.

While the “ZoomJam” challenges game designers to think creatively about how to make remote play more interactive, it’s also a lesson in how to make gaming into a social activity. The Zoom videoconferencing platform is being co-opted to adapt to a wide range of gaming activities. Pub trivia, games like Dungeons & Dragons and other traditional in-person gaming events can now migrate online. Sometimes, all that’s needed is a webcam while for other events, specialized software is required.

Family groups, business colleagues, neighborhood poker buddies and others who are looking for social activities are exploring Zoom-based play. These players have adapted features which had originally been built into Zoom for video conferencing purposes to their gaming needs. Useful tools include include screen-sharing, virtual whiteboards, chat functions and and mic-mute features.  Watson summarized, “The show must go on – we must find ways to play with each other. It’s so nourishing for our souls.”

In-person elements of gaming culture have suffered but now Zoom offers users the ability to access those same elements online. QuizRunners is a company that offers packages of trivia questions to people running quiz nights. QuizRunners has seen its subscription business decline because may bars and charities that used to run these quiz nights had to close shop.

But, as people set up family nights and charities run fund-raisers online, one-off purchases of questions have increased. CEO Kevin Evoy says that he uses the questions for his own family nights.  “It’s a really great way to connect and makes things a little more normal on Friday night or Saturday night.”

Gaming systems that are compatible with videoconferencing play have also seen a huge increase in use. An online game-board word-guessing game Codenames has seen purchases jump 3000%. Jackson Owens, a New York software developer who built the game’s generator said “A lot of the work I’ve done recently has been helping it scale, because originally it was only intended for me and my friends.” The game is currently free but there’s an optional donation link.

Party video games is another sector that’s seen a boost in sales. Jackbox Games developed Quiplash. Even though the game wasn’t originally developed for remote play -- since the core concept involved people playing in the same room -- it’s come to the attention of players who figured out how to adapt a physical room to a virtual one. Now Jackbox Games has published a guide that gives directions about how players can stream the games so that multiple players can play simultaneously using a laptop with a webcam or a video gaming system.

Tabletop games such as Dungeons & Dragons are being adapted to digital play. Specialized software such as Fantasy Grounds and Roll20 allow players to keep track of data such as dice rolls, statistics and world maps as well as to manage role-playing sessions. In-person gamers can also use the software but when used in conjunction with Zoom, virtual gamers can hear and see their role-playing partners.  Fantasy Grounds owner Doug Davison says “You really need to be also able to see the video of the person you’re talking with. There’s nuances when you see someone’s face.”

Carl Schnurr is an instructor in the USC games program. He and a group of friends had already been playing 13th Age, a fantasy role playing game, remotely when the pandemic struck. “The one big change with the plague is that we now get to play every week as opposed to once a month,” he said. His group had already been connecting via Zoom to play the game virtually.

They use Google Docs and Google Slides to create a virtual tabletop where they position virtual tokens to show the characters and the monsters that they are battling. They created drag-able images in a document to represent the monsters’ heads that appeared in an underground sewage pit. In one scenario that involved characters attending a magical masquerade ball, the players sent slides to Schnurr ahead of time to show the outfits that they would be wearing.

Schnurr admits that the prep sessions for the games are extensive. It takes about six hours to design scenarios and maps for each session. But Schnurr says that it’s do-able and other gamers should take advantage of the opportunities for other games.

In trivia and board games, all of the information is out in the open so all you need is a webcam that you can aim at a board. Specialized software could be used for other types of games. “You could totally set up a Monopoly board—just aim your camera at it,” says Schnurr. “For Scrabble or poker, I would just play online Scrabble or poker, because those exist already.”

Online gaming will never take the place in-person game-playing. People enjoy the real world company of others. But new possibilities have opened up and that option is now there.

Richard Lemarchand, an associate professor in the USC games program says, “Online digital gaming is not the solitary experience that people in 2020 might be tempted to think of it as. My feeling is that while I know that we’re also bursting to get back into the world, people are going to remember and still want to play together online as well as play together in real life.”