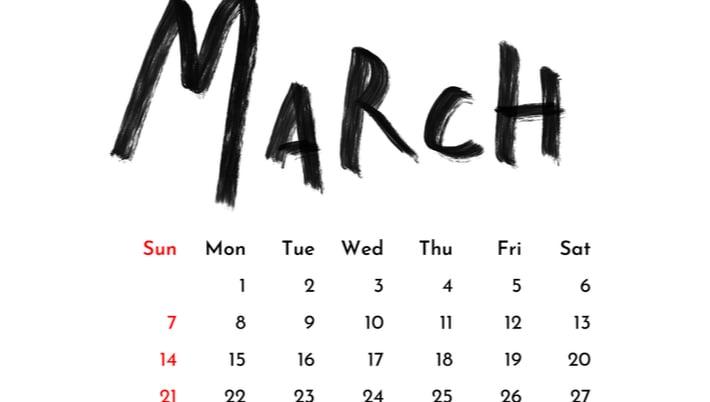 One of the first and most devastating disappointments in the no deposit bonus codes sports world occurred last year when March Madness, the annual month-long tournament that determines the top team of college basketball, was cancelled. This year, not only was basketball’s March Madness scheduled as usual but despite pandemic glitches (Duke had to withdraw because of a team outbreak), the events are expected to bring betting of up to 49 million online casino bettors.

Joe Asher, CEO of William Hill US predicted a heavy bet. “Just look at how much betting is up as a general matter, and layer on top of that the fact that we didn't have it last year. There's unquestionably a lot of pent-up demand. In many ways it's a signal that America is coming back. Beyond the sports betting aspect, it flows into the whole COVID recovery story." The three-week tournament traditionally draws more betting action than the one-day Super Bowl event.

Johnny Avello, head of DraftKings’ sportsbook, said DraftKings saw “a considerable amount of action" throughout the 3 week competition. "We are expecting a whirlwind of total overall action on this year's tournament," Avello said. "College basketball handle has been up significantly this year, and I do not anticipate a deceleration, not now when we're on the outset of one of the biggest sporting events of the year. Although the setup and configuration are going to be different from past years, I can usually gauge the interest from the conference tournaments. I am not disappointed from what I've observed thus far."

Basketball wasn’t the only March Madness this month.  The Mountain West Conference sponsored an esports tournament that paralleled the conference basketball tournaments which were held at UNLV in Las Vegas. The Mountain West Conference’s MW eSports Showdown is the first such esports competition to take place in conjunction with a traditional college sports tournament across multiple titles. UNLV and Boise State will compete in League of Legends, Rocket League and Overwatch.

Mountain West Commissioner Craig Thompson said, "As a conference, we have never been reluctant to try new and different things, and I appreciate the encouragement and support of our University Presidents in bringing this exciting new initiative forward. Globally, esports is enjoying a boom in popularity - particularly among young people who are in the same age bracket as the students on our campuses. We are also seeing universities add eSports programming, technology and business to their curriculum offerings."

The esports tournament featured show matches on March 8-9 at the Strip View Pavilion and the main event between UNLV and BSU at Cox Pavilion on March 10. Cox Pavilion is the home arena of UNLV’s women's basketball team. The competition was broadcast on Twitch with March 8-9 show matches offered for free for those with tickets for the men's and women's basketball championships.

The esports program at Boise State is a varsity sport under the National Association of Collegiate Esports. Chris Haskell, program director, said that he believes that these type of events will become annual Mountain West tournament events with multiple varsity competitors. "I think that it will add validity at the conference level needed to give the schools that are currently fighting for recognition on their campus ... it's the thing that's been missing.” Haskell says that now that multiple member schools have varsity esports programs and the conference acknowledges it, the idea is becoming mainstream. "It's not just the student idea anymore."

There have been similar events held within other conferences but this is the first time that it has been held across multiple esports or in conjunction with a traditional sports tournament. In the Big Ten conference, there’s an annual esports tournament for its College League of Legends competitors. Within the Peach Belt Conference, an LAN tournament is being planned for its LoL conference championship.

Betting on esports is still new but esports betting is becoming an increasingly important part of all sportsbooks. The March Madness esports tournament in the Mountain West conference initially drew high-level interest from BetMGM and Boyd Gaming and other sportsbooks followed.  In addition to UNLV and Boise State, participating schools included San Diego State, Utah State, University of Nevada Reno and Colorado State at +480.

In general, the most popular esports betting titles fall under the categories of either legacy esports (particularly ‘Big Three’: Counter-Strike; Global Offensive, Dota 2 and League of Legends) and sports simulation games (FIFA, NBA2K and Maddan). The crossover with the traditional March Madness was appropriate because sports fans find the transition from traditional basketball to esports basketball simulation easy thanks to partnerships with the NBA and other major leagues.

Some of the other esports that draw the interest of sports bettors include: