3 of the Most Exciting New Gaming Start-Ups 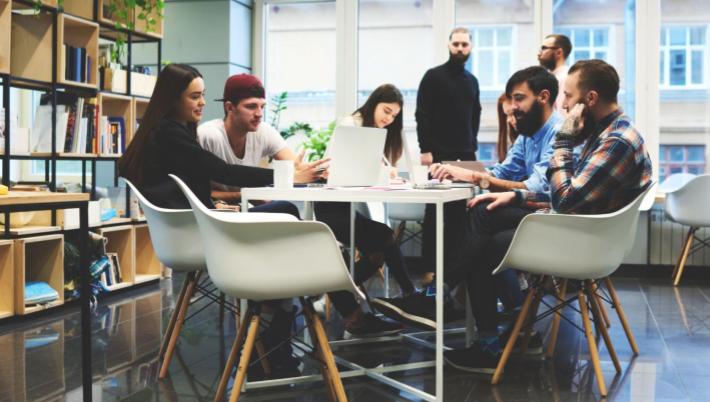 Financial analysts say that there are signs that the booming gaming industry might be headed for a slowdown but that isn’t stopping many new and innovative gaming start-ups from launching. Drakestar Partners reports that 651 gaming M&As were either announced or closed during the first half of 2022 for a total of $107 billion in investment deals.

Those numbers included investments that were spread among all video gaming and Vegas casino online platforms with the most interest in funds devoted to investing in blockchain gaming. Big investors included Tencent and Animoca Brands and a record-breaking $7 billion was invested in private game companies.

Some of the most exciting initiatives in the world of gaming start-ups include:

Audacity has launched a $60 million war chest that will help Web2 gaming startups transition to the world of the Web3. The initiative targets Web2 and Web3 projects focused on the media SaaS, gaming and creator economy. The fund is looking at projects that are seeking seed and Series A funding in both the United States and in Asia. Audacity announced that it wants to focus on a “new wave of media platforms focused on the creator economy, media SaaS and gaming sectors across web2 and web3.

Audacity founder Kabir Kochhar said, “While the application layer of web3 is still nascent, we believe that the mainstreaming of web3 will be led by the media ecosystem bringing in the users. As media experts, we plan on facilitating that through our networks and portfolio companies. Creatorship is the new entrepreneurship. While centralized incumbents will help bring metaverses mainstream, value creation will come from the decentralized business models layered upon these protocols, which is why Audacity is so excited for the future.”

Audacity is headquartered in New Delhi and is headed by media tech entrepreneur Kabir Kochhar. Vinayak Shrivastav, founder and CEO of one of Audacity’s earlier backed start-ups, VideoVerse, told nftgators.com, “Audacity has been able to identify the gap in the investment environment for a sector-specific fund and by launching this, they have enabled start-ups like us to buckle down and continue innovating to deliver results in our chosen sector.”

As blockchain becomes increasingly important in the gaming world, more start-ups are focusing on how to incorporate blockchain technology into games. Binance, a crypto exchange, reports that the number of GameFi projects is rising steadily and now totals more than 1500 games.

GameFI games incorporate both gameplay and financial incentives in their games that include simple financial rewards, chances to own digital assets in the virtual world and options for interoperability through bringing together assets across various virtual worlds. The company focuses on these goals by integrating traits of blockchain technology into the gameplay, non-fungible tokens and financialization of the games.

Ethereum is the dominant Blockchain with the highest number of completed GameFi projects. The Binance report states, “Private investments are good indicators of institutional interest, and can serve as proxies to gauge the health of the space. For the first half of 2022, GameFi witnessed a healthy deal flow.” In the first half of 2022 total capital investments in GameFi exceeded $4.1 billion – much of which was raised by Epic Games.

The report continues, “This represents a 38% increase when compared to the second half of 2021. Overall, GameFi remains a key focus for institutions; Andreessen Horowitz launched a $600 million gaming-focused fund in May, and Immutable launched a $500 million venture fund focused on Web3 games in June.”

There’s a lot of interest in blockchain gaming and companies like Ubisoft, Tencent and Electronic Arts are also looking at ways to enter the space. According to the Binance report, “This means an increased competition for existing Blockchain game companies; it is a positive sign for the industry in terms of driving innovation.”

Metafly is the brainchild of Josh Fabian and is based in Pittsburgh. Fabian, a high school dropout, created Metafly as an online platform where the world’s top players coach amateur video gamers. Metafly launched during the COVID pandemic which gave it the boost of offering online instruction in a world where online learning was the only accepted method of instruction and where gaming was one of the few leisure activities that people stuck at home could enjoy. With Metafly, students pay for their tutoring sessions with top-ranked players and the platform now has more than 50,000 users.

Fabian’s story is far more interesting than his start-up’s story – he was an emancipated teenager at 16 and, at the time, lived off food stamps and stole to survive. During this time Fabian taught himself to code and he designed small websites at $100 per job. Slowly he refined his coding skills and then took a web designer job with the Obaz social marketplace startup where he got equity in the company.

The payout from an acquisition allowed Fabian the downtime that he needed to get serious about his gaming and he found himself tutoring amateur gamers for $100 an hour.

He first launched a social networking platform for fans of manga and anime called Kitsu which limped along. At that time he started observing his children, who were obsessively playing the “Pokémon” trading card online game. That’s when he got the idea to reach out to pros to ask them if they would tutor his kids. From there, the idea for Metafly evolved.

Metafly’s first funding came from Product Club, a San Francisco-based startup accelerator. Today, Metafy has a reliable revenue stream via a 5% charge to each student for tutoring time – the coaches don’t pay to be featured on the platform. The next step for Fabian is to move forward with Master Classes where coaches and students meet and compete.