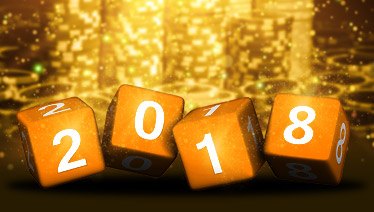 Betting has always been controversial, from the days when pre-historic cave-dwellers competed over simple competitions of stone throws to today’s intricacies of playing online at the Grand Vegas online casino. The year 2018 saw some exciting advances in the gambling industry but there were some controversies as well.

Let's look at a rundown of the controversial highlights in the gaming world of 2018:

Arkansas voters approved a state amendment to allow for casino gambling in their state but Polk County, where a developer plans to build a 600-room, $254 million casino/hotel, is in an uproar. One county judge is being accused of favoritism for supporting Gulfside Casino Partnership’s attempt to build a casino and the county residents, politicians and community activists are demonstrating over whether the judge will be able to promote Gulfside’s plans before he leaves office – at which point his seat will be passed to a casino opponent.

Gulfside is promoting the casino project as one that will create more than 1,500 new jobs and generate millions of dollars in taxes for the county but Polk County gambling opponents aren’t having it. Although Arkansas voters approved Issue 4 to allow for expanded casino operations in Pope and Jefferson counties, the amendment failed in Polk County, with 60% of Polk County voters voting against the amendment.

Voters also passed a local ordinance in Polk County by a nearly 70% margin that requires that an election be held before a casino can be built in the area.

The courts must now decide which has precedence, the local ordinance or the state amendment. Both sides are gearing up for a fight. We use this case here as an example of the (sometimes) problematic relationship between federal, state and local regulations.

Japanese society is struggling with a new bill, passed this year by the Japanese government, that will bring “integrated resorts” to the country. The bill was passed this summer and will allow for 3 IR licenses to be granted to operators who are prepared to build resorts in three different locations in Japan. The resorts will include entertainment, hotel accommodations, eateries, and casino gaming floors.

The bill was strongly supported by Prime Minister Shinzo Abe. Abe’s government survived a vote of no-confidence that was brought by opposition parties which tried to delay the law but the effort failed. Abe was successful in getting the legislation passed and he promises that, if the initial projects are deemed to be successful, more licenses will be granted for more casinos in the future.

Abe’s government argues that the Integrated Resorts will attract tourism, create jobs and help to grow the Japanese economy. Opponents say that the casinos will strengthen underworld gangs and lead to big problems with gambling addiction.

Abe must contend with more than his government’s opposition.  In a poll conducted by Kyodo News,  64.8 percent of Japanese said they were opposed to casinos while only 26.7 percent were in favor.

More and more Indian tribes are opening casinos in an effort to bring money and jobs to their tribal lands. The Indian Gaming Regulatory Act was passed in 1988. The Act allows tribes to open casinos on lands in states that allow gambling – without state oversight (oversight for Indian casinos is facilitated via the Federal government).

Controversy didn’t end with the passage of the Act. IGRA establishes 3 “classes” of gaming with Class III being the most popular. Class III gaming involves casino-style games (slots, poker, etc) and in order to obtain permission to run such a Class III establishment, the tribe must enter into a “compact” with the state. If the state refuses to negotiate a compact with a tribe, there is a process but that process is the subject of extensive litigation, especially in Arizona. Congress and the courts have become involved in this struggle.

Over the years the Arizona tribes and the state negotiated various compacts which allow various tribes to operate gambling operations in numerous locales. Now the state and the tribes are back in conflict over the state’s right to operate Keno games – the tribes say that that would affect their gaming agreements.

Arizona tribes are claiming that compacts, signed in 2002, between the state and the tribes give the tribes exclusive rights to operate casino-style games in exchange for sharing about $100 million a year in profits. One of the largest tribes, the Navajos, is arguing that the state can’t expand into areas that are presently strictly limited to reservations.

The Arizona Lottery already operates a variety of games, including “pick” games where those hoping for a win choose their numbers, buy a ticket, and then wait for the drawing and instant “scratch” tickets. The new game suggestion would have drawings multiple times an hour which is where the proposal runs afoul of the tribal-state gaming compacts.

The tribes say that, whereas buying a “pick” ticket and then waiting for the numbers to be drawn is an established option that the state has operated for years, buying a ticket at a restaurant, store or bar and then simply waiting to have the numbers flash onto a screen violates the provision against the state running “monitor games".

Once again, Arizona state and Indian tribe differences over what each is allowed to do vis-à-vis games offer seem headed to court.

Sports Betting and the Leagues

Once SCOTUS ruled that PASPA was unconstitutional, however, the leagues immediately started to search for ways to get in on the action.  To date, less than a year since sports betting was legalized in the US, all of the leagues have started to partner with various casinos and other betting operations, giving those gambling sites the right to use league branding and access their live broadcasts.

So what happened to the leagues’ argument that sports betting could compromise the integrity of sports?

Basically, it’s estimated that the leagues could see revenues of up to $4.2 billion dollars annually from sports betting opportunities. That’s enough to convince the leagues that it’s in their best interest to maintain as much control as they can while taking a slice of the pie.

Now, in addition to partnering on their brands and broadcasts, the leagues are also trying to get gambling companies to pay them an “integrity fee” (up to 1 percent)  which would consist of a piece of the sports betting action.