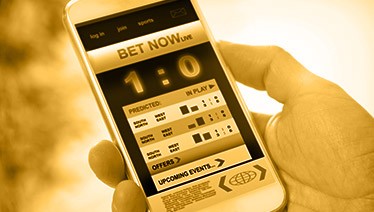 In May 2018 SCOTUS ruled that state legislatures could legislate their own sports betting laws. Some states have already begun to allow online casinos, like the Grande Vegas Casino, and other land-based casinos to include sportsbooks in their line-up of betting options. Others are considering if, when and how to introduce sports betting, under what conditions and whether to include online sports betting in the itinerary of options.

Minnesota was never mentioned in the past as a possible sports betting state but Minnesota Senate Taxes Committee chairman Robert Chamberlain  is hoping to get the ball rolling for quick passage. Minnesota joins other states which have pending sports betting legislation on the 2019 legislative calendar.

“It’s touching a lot of folks, and when you’ve got a lot of money involved, then people get a little concerned,” Chamberlain said. “But I think there’s popular support for it. Admittedly, this is not at the top of the list for priorities … but it is certainly something that can get done.”

Minnesota's Chamberlain joins Virginia Senator Chapman Petersen who has plans to file a sports betting bill of his own. Petersen’s bill follows a bill filed by Representative Mark Sickles that calls for a $250,000 application fee to operate a sportsbook and a 15 percent tax rate on gross revenue.

Chamberlain’s bill doesn’t touch on issues such as application fees, tax rates, managing mobile sports betting apps, the creation of a governing body and to what extent (if any) the state will oblige requests from professional sports leagues’ for mandates regarding sportsbook data or leagues’ requests for “royalties.”

States that have already legalized sports betting have dealt with such issues though in very different ways – for instance, application fees in some states are quite high (in Pennsylvania they range from $10,000 to $10 million) while in other states they are relatively low. There are states that allow mobile sports betting while in other states bettors can only place sports bets when they are physically located in a live casino. To date, no state has mandated fees that benefit professional sports leagues.

Rhode Island has the highest tax rate at 51 percent within a revenue sharing structure while Nevada is on the low end of the scale with a tax rate of just  6.75 percent of adjusted gross revenue.  In some states the gaming lottery has been put in charge of regulating sports betting, while others have a state gambling commission that is responsible for enforcing regulations.

A draft bill already circulated the Minnesota legislature in 2018 which  includes a one percent tax on handle. None of the industry insiders believe that such a bill could pass. They say that, similar to professional sports leagues’ proposed “integrity fee,” such a percentage on handle would take 20 percent of sportsbooks’ profits – an unmanageable number from an industry perspective.

Chamberlain believes that the Minnesota legislature could pass a bill by the end of the 2019 session. There are already 18 Indian casinos run by 11 tribes in Minnesota but, as of yet, the state doesn’t have any non-tribe land-based casinos.  Tribal gaming in Minnesota is tax exempt, meaning that the tribes do not share any of their revenue with the state.

Run Down of Sports Betting States

The states that seem the closest to joining the sports betting club include:

Casino-groups spent millions of dollars in an effort to push to legalize Arkansas sports betting and expanded casino gambling . These groups included native American Tribal groups such as the Quapaw Tribe, the Delaware North Tribe and the Cherokee Nation. All three tribes intend to apply for the newly created gambling licenses.

It remains to be seen how some key legislators, who are opposed to the expansion, will be able to stop the initiative. The Governor, Asa Hutchinson, also opposes the new amendment. He said. “I did not support this initiative, and I continue to have great concern over the immediate and negative impact on the state’s budget. But the people have spoken and I respect their will. Time will tell as to what this means for our state, and it remains to be seen as to whether the communities affected will consent to the gambling initiative.”

Voters in the individual counties will still need to approve new casinos directly, which may offer the opponents another shot at preventing new gambling sites.

In Colorado a number of legislators from both parties believe that the state’s constitutional restrictions on gambling don’t apply to sports betting. That means that sports betting could start running as soon as 2020 if proponents are successful in adding the question to the November 2019 ballot. Assemblymen Alec Garnett and Cole Wist are promoting legal sports betting in Colorado which could become a reality after questions – such as the location of casinos and sportsbooks – are ironed out in a state referendum. Garnett promises to do everything possible to advance the bill. “I think the best way is to come together, let’s figure out what we believe is the right balance, and go ask voters, ‘do we think this is going to work?’”

Observers don’t expect a quick or easy green light, though. Colorado law places major restrictions on the location of casinos and on what would need to happen to change the statute.

Opposition is also gearing up in the form of the Colorado Gaming Association which wants to protect the interests of the three approved gaming towns. Peggi O’Keefe, the association’s  executive director, commented that “I think this is something we want to make sure doesn’t pop up on every street corner or in people’s backyards.”

Louisiana is already home more than a dozen casinos including the Isle of Capri Casino Hotel in Lake Charles, the Coushatta Casino in Kinder, Harrah’s in Bossier City and in New Orleans and the Margaritaville Resort Casino in Bossier City.

Several lawmakers have introduced bills in the legislature to address sports wagering which they would like to see come to the state. The legislators are aiming to “authorize additional games and sports betting at eligible live horse racing facilities" and put a statewide referendum on sports betting on the ballot. The attempt to create a referendum has already failed once so it’s not clear if and when such a move will, in fact, take place.