5 States on the Cusp of Legalizing Sports Betting in 2019 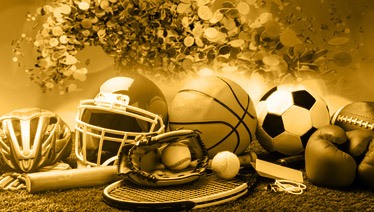 Once the government shutdown is resolved the House Subcommittee on Crime, Terrorism, Homeland Security, and Investigation is expected to resume its hearings about how the federal government can help control the new wave of sports betting that’s taking the nation by storm.

Until May 2018 the only states that were allowed to offer sports betting were Nevada, Oregon, Delaware, and Montana. That was because those states already had laws in place that facilitated sports betting when the Professional and Amateur Sports Protection Act was passed in 1992.  In point of fact, only Nevada took advantage of this grandfather clause.

In May 2018 the Supreme Court ruled that PASPA was unconstitutional and that states could, whenever they want, legislate for sports betting. To date, in addition to Nevada, New Mexico, Mississippi, Pennsylvania, New Jersey, Delaware, West Virginia, and Rhode Island have passed legislation that will make it legal to accept sports bets in their state possible.

There are numerous additional states with pending sports betting legislation. 2019 looks like it will be a busy year for states which are ready to open new sports betting venues. In fact, some observers believe that the next 12 months could well see up to a dozen additional U.S. states legalizing sports betting with the infrastructure to start taking wagers before the start of the 2019 football season.

While Congress considers sports betting from a federal standpoint, multiple states have bills before the legislature regarding the legalization of sports betting in their states. Some of the states that seem to be headed towards sports betting bill passage include:

For a while it looked like Missouri would join the list of 2018 sports betting states but bills that had been introduced to make that happen didn’t quite make it. No less than six bills were introduced into the Missouri State Legislature in 2018 which would have brought sports betting to the Show Me State. No progress was made with any of them.

Many of the unresolved details in Missouri legislation center on details such as whether the state should require sports betting venues to play an integrity fee. One bill which has already been filed for the 2019 legislative session, includes a requirement to reserve 0.5 percent of handle for construction and maintenance of sports (and other) facilities but that bill does not address the integrity fee issue.

Kentucky, with its strong tradition of horse racing, is high on the list for sports betting legislation passage in 2019. Several sports betting bills were introduced in the Kentucky legislature in 2018 but they never gained traction.  Now, lawmakers have formed a nine-member panel to study the issue of sports betting. Legislation has been drafted and Attorney General Andy Beshear is weighing in on the side of the legislation.

Beshear argues that Kentucky is losing gambling dollars to neighboring states with casino industries – West Virginia, Missouri, Illinois, Indiana, and Ohio. Other nearby states are preparing to legislate for sports betting and Kentucky legislators who support the initiative don’t want their state to be left behind.

Current Tennessee law prohibits all forms of gambling other than the lottery and pari-mutuel horse betting. The state constitution says that any change in that status will require a voter referendum on a county level. Both pari-mutuel betting and the lottery were legalized in this way.

Now a new bill, (H 1 / S 16) has been introduced to the Tennessee legislature. The bill would create the Tennessee Gaming Commission which would be charged with regulating both retail and online/mobile wagering for sports and other games. Referendums could then be initiated in Tennessee counties.

Virginia presently allows casino gambling but, aside from some tribal initiatives, there aren’t any gambling venues in the state. Now it seems that there’s a movement to open sports betting in the state, especially since Virginia’s neighbors have either passed or are considering passing sports betting legislation.

Representative Mark Sickles introduced H 1638 which would make it legal to make sports bets in Virginia. The Virginia bill is unique in that, given that no casinos or other betting venues exist in Virginia, it’s a bill that focuses on online betting only.

In Ohio, Senators Sean O’Brien and John Eklund introduced a short statement saying “It is the intent of the General Assembly to develop and enact legislation legalizing sports wagering.” Nothing came out of that bill but it did spark interest, including that of Senator Bill Coley who traveled to a Washington D.C. sports betting policy summit where he expressed interest in bringing sports betting to Ohio.

O’Brien and Eklund’s one-line bill has now been reintroduced into both chambers of the Ohio legislature for consideration in 2019.

Additional states in which legislators are considering introducing sports betting bills in 2019 include  Illinois, Indiana, Louisiana, Massachusetts, and New York.

Presently, Congress is considering a number of issues regarding sports betting, including the question of whether they should control sports betting from a federal level. Some of the questions before Congress in 2019 include the question of whether the sports leagues can impose mandatory integrity fees to be paid to sports leagues (a big hope of the leagues which want a federal law rather than be obligated to negotiate those fees with each individual state), how to eliminate risky betting fixtures and how to conduct investigations in the event of allegations of insider trading or game fixing.