5 of the Vegas Casino Gaming World’s Biggest Scandals and Controversies. 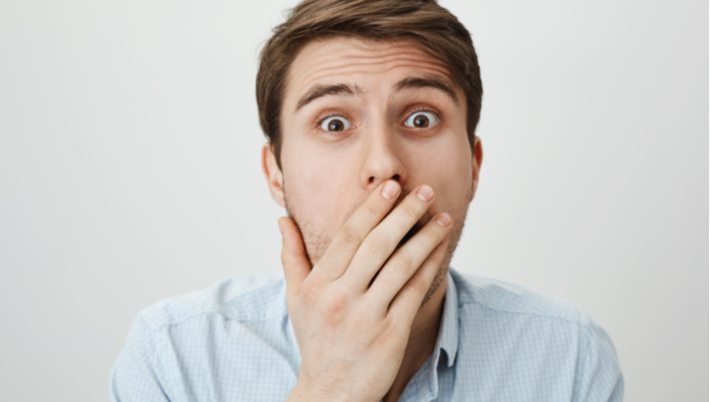 Most people play games to relax and enjoy a diversion from life’s challenges. The Vegas casino gaming world has, however, weathered its fair share of scandals and controversies over the years. Some of the controversies are created by casinos and gaming companies as a way of drawing attention to their sector. Others however, involve those that casino operators would like to forget.

Some casino scandals and controversies which will remain in the public’s mind for many years to come include:

In some ways Gamergate, which emerged in 2014, never faded away, as evidenced by women players’ continued allegations of sexual harassment. When the issue first came to public light however, it brought out into the public sphere a subject that hadn’t been spoken of until then.

Gamergate was an online harassment campaign that was conducted through the use of the #GamerGate hashtag. Today, the term “GamerGate” relates to the campaign itself and its participants.

The controversy started when social media posters used the #GamerGate hashtag to falsely accuse Zoe Quinn, a woman in the gaming development industry, of engaging in an unethical relationship with a journalist.

The harassment campaign was started by Quinn’s former boyfriend and spread to others who threatened rate, sent death threats and doxed (broadcasting private information about a person in a public forum) publically  to intimidate Quinn and other women in the industry.

Using online forums including Twitter, Reddit, 4chan and Internet Relay Chat, the Gamergaters launched a culture war which, they said, was their way of opposing cultural diversification, social criticism and artistic recognition in video games.   They opposed what they said was feminism’s influence on video game culture and sought to launch a backlash against progressivism in the gaming industry.

Gamergate has forced the gaming industry to focus on ways to minimize online harassment in the gaming community but it acknowledges that most of the targets of the this type of harassment are women and that the industry must find better ways to control these threats and inappropriate attacks.

Steve Wynn was the legendary founder, owner and CEO of the Wynn Resorts. He built one of the biggest and most luxurious Las Vegas casino resorts, the Mirage, and owned the equally opulent Wynn Macau and Wynn Atlantic City. Just when a third property was getting ready to open in Boston, the Wall Street Journal published accusations against Wynn by a number of Wynn spa workers of sexual harassment, coercion, indecent exposure sexual assault.

The Nevada Gaming Control Board launched an investigation as did the Gaming Commission in Massachusetts which was looking into whether the company withheld information about what they knew about Wynn’s misconduct – the board had approved a $7.5 million dollar settlement against one accuser in 2009 in exchange for her acceptance of a non-disclosure agreement.

Wynn was forced to resign from his positions as head of the Wynn Resorts Board of Directors and from his post as company CEO. He was also forced to sell off his shares in the company. Wynn Resorts was fined heavily by the Nevada Gaming Commission and its opening in Massachusetts occurred with severe restrictions.

Break-Up of Konami and Kojima

One of the game developer Konami’s top designers was Hideo Kojima. Kojima worked at Konami for 30 years and created the Metal Gear Solid franchise.  Kojima was working on Konami’s upcoming Silent Hills when the partnership came to an end in 2015.

The split was acrimonious, marked by vague statements from Konami, insults to Kojima's legacy and gag orders. It seems to have started early in 2015 when Kojima said that Metal Gear games that he had designed — Metal Gear, Metal Gear 2: Solid Snake, Peace Walker  and Metal Gear Solid numbers one, two, three, four and five — comprised a "single Metal Gear saga."

In his interview, Kojima said that he was “closing the loop on that saga” with the new Phantom Pain.” He said that, regardless of whether Konami developed new titles in the franchise, Phantom Pain was “the last Metal Gear that he’d be working on. Soon after, Konami removed Kojima’s name from promotional materials for The Phantom Pain, Ground Zeroes and and Metal Gear Solid: The Legacy Collection promotions and from the Metal Gear website. They announced “corporate restructuring” that put Kojima and other senior staff in a position of working as contractors, not permanent employees and barred Kojima access to corporate emails, phone calls and internet access."

Konami even  banned Kojima from accepting his own award at the 2015 Game Awards. In the end, Kojima received his award. He split from Komani and formed his own company, taking many of Konami’s best developers with him.

Mass Effect, released in March 2017, was a third-person, role-playing shooter game that allowed players to take on the role of Commander Shepard. Players could change Shepard’s gender and appearance and define his/her personality, with those choices resulting in consequences that would impact on the game. Other characters could join the gameplay with dialog and actions. Relationships between characters could develop and the game did feature a sidescene that suggested nudity.

Fox News learned about the game and, in a segment called  “Se”xbox, the commentator reported that Mass Effect was, in effect, a sex simulator that featured playable, graphic sex. The game had an “M” rating to alert parents but Fox claimed that kids were playing the game and that women were portrayed as objects. Fox brought on a psychologist to speak about the game but in the end, she admitted that she had never played Mass Effect at all.

A team of card-counters from MIT operated at casinos around the United States for two decades by using card-counting techniques at the blackjack table.  Blackjack is a game that is extremely susceptible to card counters because, unlike a game like craps for instance, where every roll of the dice brings up a completely random result, in blackjack, the cards that have been played won’t come up again in the deck. So if someone can remember which cards have already been played, they have a better idea of what the chances are of achieving a good hand in the future.

The MIT students used advanced scientific statistical models to push their edge. The “team” changed from one year to the next as many players burned out from the intensity of the action. But over the years the team “manager” earned over $10 million and his players each took home hundreds of thousands of dollars.

Card-counting is not illegal but casinos try to identify card counters and bar them from entering the casinos. The incident raised the question of whether the casinos could do that if the activity that the players were engaging in was not against the law.