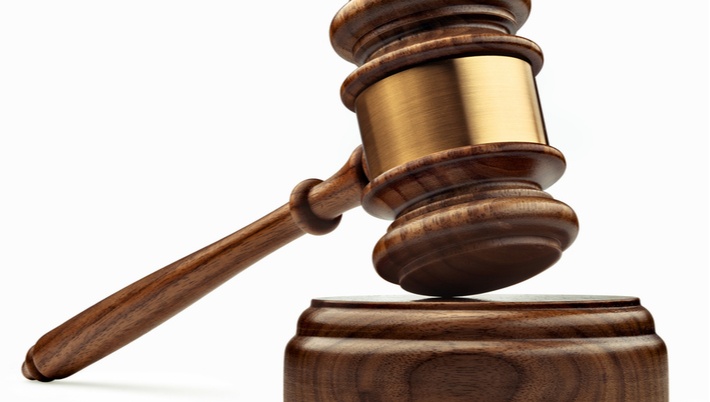 The Costa Rican 5Dimes online casino and online sportsbook has been embroiled with federal prosecutors in a criminal investigation for 2 decades over their offshore operations. The company has now reached a deal with the feds that will end the proceedings against them and allow them to operate legally in the United States.

For years the 5Dimes offshore sportsbook took illegal bets from American customers. They faced prosecutors from the Eastern District of Pennsylvania and were prevented from pursuing legal operations in the United States. Now

5Dimes has reached a non-prosecution agreement with the U.S. Justice Department. The deal gives them the go-ahead apply for a license to move into the U.S. legal sports betting market.

According to the deal the company’s owner, Laura Varela, is cleared of wrongdoing. The prosecutor’s office has also agreed not to take further legal action against 5Dimes for accepting bets from Americans while operating offshore.

For almost 20 years the Justice Department had been investigating 5Dimes for money laundering, wire fraud, illegal gambling and other offenses. As part of the settlement 5Dimes stopped accepting bets from U.S. customers.

But the company can now apply for a license to operate in the United States as a legal sportsbook. Lawyers for 5Dimes say that the company will be doing that.

The settlement obligates 5Dimes to forfeit more than $46 million in assets. This includes cash, cryptocurrency and sports memorabilia. Federal prosecutor William McSwain said “The settlement agreement announced today is a victory for the United States in ceasing the illegal activity of a company that was being investigated for a multitude of crimes, including a sophisticated money laundering operation.”

The prosecutor’s office was under pressure to settle. A number of other offshore operators accept bets from U.S. customers, which circumvents anti-gambling laws. Prosecution of 5Dimes seemed to be an unnecessary waste of the prosecutor’s office’s time and money given that legalized sports betting now allows people in almost half of American states to wager legally on sports.

Instead of prosecuting 5Dimes many people argued, officials should worry about legalizing, regulating and taxing offshore operators. According to the American Gaming Association, an industry trade group, prior to the May 2018 Supreme Court ruled that states could legislate sports betting in their own jurisdictions, Americans bet an estimated annual $150 billion illegally on sports.

In 2018 5Dimes founder William Sean “Tony” Creighton was kidnapped in Costa Rica. A year later he was found dead. The Justice Department had been investigating 5Dimes and accused Creighton of violating U.S. law by offering U.S. customers the chance to place bets on his gambling site. The investigation said that Creighton used aliases and set up shell companies in his effort to disguise his ownership of the company.

Upon confirmation of Creighton’s death, his wife, Ms. Varela, who has never been accused of participating in Creighton’s activities, became owner of 5Dimes. This was a significant factor in the Justice Department’s settlement with the company and will now give the company the opportunity to operate legally in the United States.

Laura Varela has restructured 5Dimes in a way that makes it “suitable for participating in lawful gaming operations across the world.” She is committed to ensuring that the company and any transfer of its assets “will be free and clear of any legal restriction” which will allow it to move forward into the American gambling market.

Obtaining a license to operate in the United States may not be an easy matter. While online brands and casino operators such as DraftKings and FanDuel expand into sports betting, it’s still not clear whether the regulators will give licenses to offshore operators. 5Dimes might be particularly vulnerable because, when deciding whether to issue a gambling license to a company, state regulators scrutinize the financials and histories of the company and its owners. A company like 5Dimes which has a history of operating illegally may not receive a license.

Although more than a third of American states have legislated sports betting in the 2 ½ years since the Supreme Court ruling, the illegal betting market still flourishes.

Eilers & Krejcik Gaming reported that, while revenue from legal sports wagers in America was  $920 million last year, an estimated $6.5 billion flowed through illegal sportsbooks. Legal companies are marketing their wares but that just wets  the appetite of gambling Americans, many of whom look to offshore companies where, they believe, they can achieve bigger wins.

For many of these bettors, the chance to collect wins which are “under the table” and therefore, not taxed, offers an opportunity that’s too big to ignore. In fact, search results for offshore operators appear at the top of Google’s search engine for searches for “sports betting” in America as well as in other countries around the world.

Even if 5Dimes doesn’t succeed in entering the American market, many believe that the company has enough customers and resources in other parts of the world to pursue offshore online wagering in other countries. But 5Dimes seems to be hoping that, just as PokerStars launched back into American regulators’ good graces after they settled a similar multi-dollar lawsuit with the U.S. government, 5Dimes will be able to do so as well.