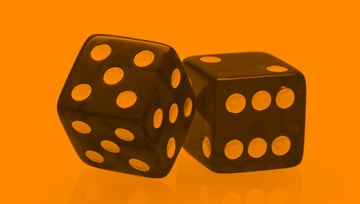 Many gamblers are superstitious. Even some of the world’s top-ranked poker players have their systems, talismans, catch phrases and other ways of calling down the gods to request a good outcome.

It’s easy to tell someone to ignore the myths but when you’re caught up in the moment, the belief in a certain system or technique can give you a bit of confidence as you aim for casino sign up bonus payouts.

It’s important to remember that success in casino gambling is heavily influenced by luck. But a bit of tactical enterprise never hurt anyone.

Some of the most common gambling myths include:

The gambler’s fallacy is a mathematical term, taken from study of probability. Students of probability examine how likely (or unlikely) an event is to happen (or to not happen). Both gamblers and mathematicians measure likelihood using a fraction and that fraction can be expressed in multiple ways.

For example, a probability of ½ refers to something that’s going to happen 50% of the time.  Players who subscribe to the gambler’s fallacy believe that probability changes based on previous events. If you’re playing roulette and the ball lands on the color black six times in a row, according to the gambler’s fallacy, one can assume that the ball is more likely to land on red on the next spin.

Even though logically, each spin is an independent event and there’s the same chance that the ball will land on one color or the next in each spin, if you subscribe to the gambler’s fallacy you’ll be placing bets based on previous spins.

Don’t forget, on every roulette wheel, there are 18 black pockets, 18 red pockets, and either one (European wheel) or two (American wheel) green pockets. That’s either 37 or 38 total possible events. Statistically, the probability that the ball will land on one color or the next doesn’t change based on what happened on the previous spin.

Some players wear a certain color while they’re playing, others hold a rabbit’s foot or some other talismans and others recite a specific phrase or word.  Prayer, while not termed a myth, is also invoked but one’s belief as to whether or not prayer works is dependent on the belief of whether or not The Almighty gets involved in casino gaming activities.

Savvy gamblers don’t rely on the supernatural for their gaming success. It’s worth it to note that mathematically speaking, luck – both good and bad -- occurs any time you see results that deviate from the mathematically expected results. Probability-wise, nothing changes.

The casino uses the card to track your gaming habits – how much money you wager per hour, the games that you play, etc.  This gives the casino the ability to track players and identify those to whom they want to offer special amenities – so that those gamers will play more.

Some gamers think that the casino rewards player’s club card players with more and bigger wins. Others believe that inserting the card will prevent them from winning a jackpot or that the machine will run cold.

Neither of these myths is accurate. There’s a random number generator that determines your outcome on the slot machine. That RNG has no connection to any tracking device or any other element that determines wins or losses.

The belief that your luck will be better if you don’t count your money while sitting at the gaming table is an old one.  It’s likely that casinos started this rumor so that players wouldn’t hold up the table while they were counting their money.  In any case, it’s a fallacy and doesn’t affect the outcome of a hand of cards or a spin of the wheel in any way.

Some people say that if a bad player is sitting at the third base at the blackjack table, it affects the luck of the entire table.  Third base is the last person to act as the turns go around the table.  (First base is the first person to act).  But think about it… any player’s actions don’t affect anyone else’s actions.  No one’s decisions affect your own probability of winning the hand. However, the believe about the player at third base is an old one and many people still subscribe to it.

The Martingale system is one example of a betting system. If you subscribe to the Martingale system,  you place a bet on an option that gives you a 50/50 chance of winning. In roulette, for example, these involve even-money bets.

If the bet loses, the player doubles the size of his next bet so he can recoup the loss from the previous bet. That way he’ll show a profit the size of his original bet.

If the player loses twice in a row, he doubles the size of his bet once again. If his original bet was $5 and he lost, he then bet $10.  If he lost again, his next bet would be $20.

The idea is that, at some point, you’re bound to win, thereby recouping everything.  However, it’s important to remember that statistically, the longer you play, the more often you lose. So the martingale system is just a way to keep you in the game for longer.

The Paroli system is the Reverse Martingale – you double the size of your bets after each win as you aim to get a huge win when you hit a winning streak.  Again, the longer you play, the more you’ll lose. No betting system can overcome the house edge so eventually, you’ll lose more money than you win.