7 Best Apps of 2018 for Fantasy Football 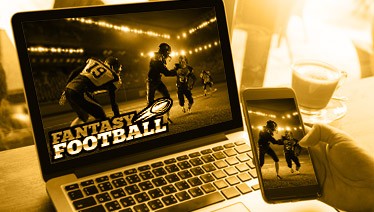 Fantasy sports is America’s newest and fastest-growing sports activity. 21% of adults in America play fantasy sports including single-player challenge games and team competitions. Average annual spending of a fantasy sports participant is over $650 which makes fantasy sports a possible, lucrative investment for online casinos like the Grande Vegas Casino and other sports gambling sites.

In almost every category, fantasy sports businesses see optimism. Fantasy sports attracts young players, most of whom have college degrees and have a household income of $75,000 or more. Most players are employed and most pay league fees.

Many players are turning to fantasy sports apps to help guide them through the world of fantasy sports. Some of the best apps on the market today include

The RotoWire Draft Kit is for iOS users who want to succeed in their fantasy sports league. The app includes individual player assessments, a depth chart, a dynamic cheat sheet that adjusts to your league’s settings and predictions for the upcoming season.

One unique element of this app is the sleeper tool that allows you to mark certain players as sleepers and points out which players will be tops at specific positions based on their player rankings.

Football Guys Draft Dominator is compatible with Android and iOS devices and can be downloaded from the Google Play Store or from iTunes. Football Guys is regarded as a serious fantasy sports app for the serious fan. It combines a wide range of information that gives you any data that you might need about any large or small issue in the world of fantasy sports.

Once you download the app you’ll be able to quickly access game scores, depth charts, newsletters, player updates, commentary, cheatsheets, rankings, forums, projections, podcasts and more. Everything is located right within the app including the option to filter incoming information so you get only the data that you want to hear or read.

The Football Guys app does offer several unique features. One of the most useful ls the ability to weight by week which gives you the chance to place extra importance on particular matchups or bye weeks. There’s also a dynamic draft list that automatically updates throughout the draft.

CBS offers its sports fantasy app for free for football and other team sports. You can play in leagues within the app, using linked analysis and data. The app is compatible with iOS and Android devices.

Many users find that the in-depth statistics, projections, rankings, and player news are much more in-depth than what other apps offer. The data draws on the experienced sports news reporters and commentators that have been reporting on sports for CBS for years.

Even if you decide to run a league on a different platform, you can still use the projection features and analysis that are available on the app to inform your actions while you play other fantasy football apps.

Yahoo hosts more leagues and users than any of its competitors --- that includes the industry giants FanDuel and DraftKings. The official Yahoo app serves primarily as a league application but also gives users access to various stat updates, mock drafts, and expert analysis.

The Yahoo app can be used for three other sports in addition to football — baseball, basketball, and hockey. You can use the app to switch between your leagues, enter community forums, view breaking news and check messages as you review potential competitors. The app also allows you to pick up wavers, manage your roster and make trades.

Yahoo’s fantasy football app can be downloaded from Google Play Store or from iTunes.

As assumed, the ESPN fantasy sports app is fine-tuned and extremely useful to sports fans. This app is free and plays on both iOS and Android devices. The ESPN app doesn’t have a lot of bells and whistles but it’s easy to manage which makes it a top choice for new fantasy sports players.

The ESPN app can be used as a drafting/fantasy league app for football as well as for baseball, basketball, and hockey.

Another free fantasy football app comes straight from the NFL which has released an official fantasy sports app. Users can create and join leagues through the app, access real-time updates and get a scheduled analysis from experts who dissect the game so you can better understand the plays, the substitutions, and other field activities.

The NFL fantasy football app also displays video highlights of all of the games.

The NumberFire Fantasy Football Draft Kit interfaces with iOS devices so players can use the NumberFire cheatsheet to create custom-made auction values and rankings for a fantasy draft. The in-house ranking mechanism, FireFactor, takes a player’s projected fantasy points into consideration as the points compare to the value of a replacement player for a specific position.

The app features real-time updates and news of the players plus fantasy articles. Users have complete control to create and manage their team lists. The lists come with integrated player profiles.