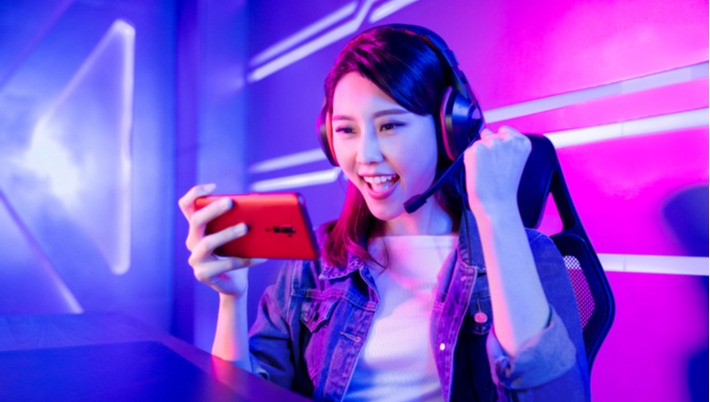 Growing an esports game takes many years. Most online casinos esports games developed due to a strong developer backing or high interest from the gaming community. Attracting fans to an esports competition happens only when the game is easy enough to understand but complicated enough so that only the top tier of players with a high-skill level and a great deal of experience can succeed.

There are, however, a number of new esports games that are showing the same kind of potential that games such as League of Legends, Fortnite, Overwatch and DOTA demonstrated just a few short years ago. Some of the best new esports include:

“Quake Champions”, developed by ID Software, is a fast-paced Arena shooter that’s the latest in a franchise that, for 2 decades, has delivered tried-and-true shooter gameplay. Quake: Champions renews the niche arena shooter genre, bringing it to a new generation of gamers. There are new Overwatch‑style abilities along with weapon, powerups and health and armor spawns.

The new Champions game is serving as the basis of the new Quake Pro League that runs QuakeCon tournaments where players from all over the world show off their FFP skills. Quake is now considered a pivotal skill-based shooter whose addictive gameplay makes it a natural to morph into a big tournament feature.

Dragon Ball FighterZ is the most recent addition to the Dragon Ball Z fighting-game issues. Fans enjoy the game’s spectacular fights in which 40 powerful fighters are featured.  Thanks to old-school fighting mechanics, Dragon Ball FighterZ has the potential to become an esports staple and a go-to game for players who specialize in competitive fighting games.

Other games in the series, such as Dragonball Z: Kakarot, don’t have the pleasantly intuitive and deceptively simple fighting mechanics of “Dragonball FighterZ”. It’s that combination that’s  striking a chord among competitive players.

The legendary Halo franchise has dominated esports for many years and now Halo Infinite is sparking fans’ imaginations and interests. Infinite was co-developed by SkyBox Labs and 343 Industries which are  both Halo franchise veterans. Halo Infinite cements the next generation of consoles’ competitive gameplays. The game centers on Master Chief who confronts a ruthless foe  to battle for humanity’s fate. Halo is a multiplayer that features an epic content creation tool, reduced load times and seamless gameplay.

The  new multiplayer mode makes this Warcraft episode a bigger hit than ever. Developer Blizzard delivers genre-transcending work with all the favorite characters – Arthas, Sylvanas and Jaina plus new World of Warcraft Stratholme bosses in the Culling level. In The campaign you’ll have traditional RTS missions, small-scale RPG-style escapades, horde-mode holdouts and base-building.

Some players have noted lighting quirks, missing portraits, stuttering and other glitches but all in all, Reforged has produced a top challenge for players who want imaginative interactive fun and excitement.

The Diabotical first-person arena shooter is notable because its development was funded by fans on Kickstarter. The game shows no signs of having been developed on a budget – it’s set in a colourful robot-universe and is a perfect old-school competitive first-person-shooter where gameplay revolves around a pinnacle of competitive shooters. Diabotical maps feature jump pads, portals and elevators along with shotguns, rocket launchers, machine guns, lightning guns, railgun equivalents and plasma guns.

Critics applaud Diabotical’s depictions of targets as egg-shaped robots with no headshots. The highlight of the game is the instagib where everyone receives a slow firing one-hit-kill hitscan gun which, when clicked, blasts whatever is under the crosshair. In instagib modes players have their choice of strafe jumping plus a dodge move. Players gain elevation where the gamer or the opponent can launch into the air.

Valorant first-person shooter was developed by Riot Games, the same designer that developed and published League of Legends. Valorant isn’t a copy of LoL which is a fantasy role-play game. In creating the Valorant FPS, designers clearly valued precision and forethought as they devised scenarios in which teams of five compete to plant or defuse bombs.

There’s a chess-like quality to the game where teams vie to be the first to win 13 rounds – either by eliminating the entire enemy team or by planting the bomb and nursing it until it explodes. Simultaneously, defenders must evade or defeat the attacking team by defusing the bomb before it explodes.

Abilities include limiting movement and sight of opponents, exposing enemy positions, providing health and cover for teammates and disorienting or damaging players who are out of sight and thus, can’t be taken out with a well-placed shot. Instead of being a simple run-and-shoot game, gamers have multiple options for actions from which to choose.

Clash Royale is a head-to-head RTS that is often compared to Tower Rush. The tower-defense game pits players against other real-world opponents in a medieval cartoon battles that are played on mobile. The highly competitive game is set in the Clash Universe where the card mechanic lets you summon the troops for combat.

Some parents see the game as educational because players have to strategize on where it’s best to place the troops There's also an in-game chat where players can communicate with one another. As the levels get higher the decks get more complicated so gamers who want to advance will need to invest in upgrades.