7 of the Best Gambling Success Stories 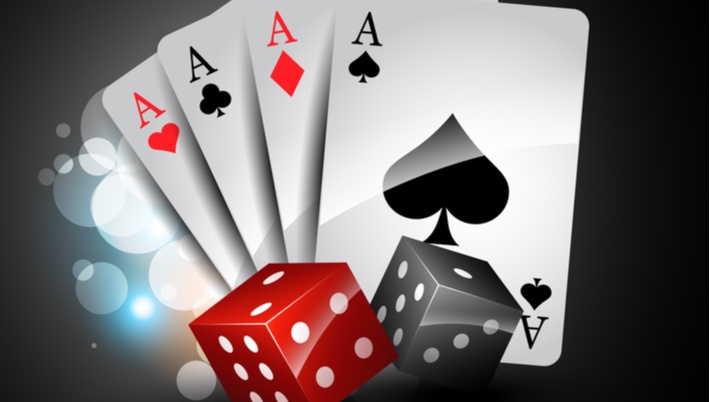 Regardless of whether you gamble at a brick-and-mortar casino site with a casino sign up bonus or at an online casino, it’s important to remember that the odds always favor the house. There are, however, success stories that remind you that you can increase your chances of winning through a combination of smart decisions and luck. People beat the odds and earn millions every day.

Check out some amazing stories of people who had surprising success in their gambling adventures.

The story of Patricia DeMauro is one that still has the casinos, mathematicians and pundits scratching their heads. DeMauro, a New Jersey grandmother, entered the Borgata Hotel Casino and Spa on May 23rd 2009 for, what she thought, would be a little bit of entertaining diversion from her everyday life. Over the course of a four-hour gaming  she avoided rolling a 7 on any of her 154 throws of the dice.

The previous record was set in Las Vegas 20 years before and DeMauro earned the new Guinness world record  with her 1 in 1.56 trillion chances of success along with hundreds of thousands of dollars in winnings (neither DeMauro nor the casino announced the exact amount of the win).

What makes the story even more amazing is that this was DeMauro’s second time playing craps and she hadn’t even planned on it – she had been playing the slot machines, got tired and decided to give the craps table a try.

Proud grandfather Peter Edwards placed a bet in the year 2000 that his then-three-year-old grandson, Harry, would play on the Welsh National football team one day.  It was probably just a way for Grandpa Peter to indicate his pride and hopes for the new generation but the $80 bet won him $200,000 when, 13 years later, Harry Edwards made his debut in a World Cup qualifying match against Belgium.

Those odds, say oddsmakers, were 2500 to 1, proving  to all that boasting about your grandchildren can be a worthwhile enterprise.

Pelayo spent years gathering data and finally found a casino in Madrid with a roulette wheel which favored certain numbers. Using his method he won hundreds of millions of dollars at the Gran Madrid Casino including  €500,000 in one day.

The Gran Madrid quickly forbade Pelayo or his children from entering the casino but Pelayo started visiting other casinos around the world – Austria, Australia, Holland, Vegas, etc. It’s estimated that over the course of time he was able to accumulate winnings of over two million dollars.

Archie Karas is known for “The Run” when, after losing all but $50 of approximately two million dollars in casino winnings, he went to Vegas, he took a $10,000 loan and started winning big-time at Razz tables.

He then moved over to pool games where he won another $1.1 million and from there migrated to the poker room where he won another couple of million dollars playing against some of the biggest pros in the poker world. By the time he won $17 million Karas was ready for a change which was probably not the best financial decision.

At the Horseshoe Casino he started betting at the craps table and the house of cards started to come tumbling down. Migrating to Baccarat was the final nail in the coffin for Karas – after winning and losing close to $40 million dollars, Karas was back to his original $50. Karas has gone on to win six gold WSOP bracelets but he’s also been arrested for marking cards so his post-The Run life has been shaky.

Frederick W. Smith founded FedEx in 1971. It was meant to be an overnight courier service but its first three years were unprofitable and by 1974 the company had only $5000 in the bank which left it without the money to cover costs.

With little to lose (they didn’t even have the money to cover the fuel costs to keep operating) Smith went to Vegas with the company’s last $5000 and spent a weekend at the blackjack table where he raised $27.000, enough to cover the fuel bills and other basic costs.

Now that the company had some leeway, Smith was able to find investors, raise $11,000,000 and move the company forward. Today FedEx has a profit margin of over $65 billion.

James Aducci had unpaid student loans and mortgage debt but he decided to go for broke when, in 2019, he took his life savings of $85,000 and wagered on Tiger Woods in the final round of the Masters at Augusta National Golf Club in Augusta, Georgia.

Adducci watched the games leading up to the finals and felt confident that Woods would win. The $85,000 wager was Adducci’s first sports bet and he traveled to Vegas to place it at the William Hill SLS Las Vegas Hotel & Casino. When Woods won Aducci collected $1.19 million, the largest payout on a futures gamble to an individual in the sportsbook’s overall U.S. history.

Ashley Revell sold all his possessions, including his clothes, and traveled to the Plaza Hotel and Casino in Las Vegas to participate in a Double or Northing game of roulette. He bet $135,300 on a single spin of the roulette wheel. Revell placed his first bet on red and doubled his wager to $270,600 when the ball landed on Red 7. As everyone waited breathlessly for the follow-up, he tipped the dealer $600 and walked out of the casino.

Revell used his payout to set up the online poker company Poker UTD which has allowed him to turn his winnings into a business, providing a lesson in how to “know when to hold ‘em and know when to fold ‘em.”