8 Predictions for Online Gaming in 2019 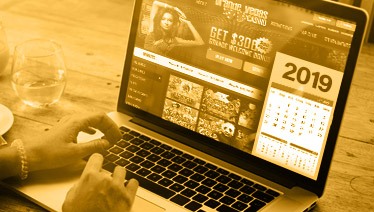 Online gaming is one of the fastest-changing industries in the world. It’s estimated that the online casino accounts for almost $140 billion in annual revenue. Today, with the addition of mobile gambling entertainment, it’s predicted that the number will continue to grow as online casinos expand their platforms and new game options become available.

Some industry experts have put together some predictions for the future of gaming in the coming year. Let's take a look.

Analysts generally agree that the virtual reality market will continue growing in the coming year. They are also wary about how quickly the market may expand -- they seem fairly certain that the growth will be slow due to barriers-to-entry --price, the need for a well-specced gaming PC and space requirements. Facebook will continue to push its Oculus Go and the Sony PlayStation VR should hold steady. Observers are waiting to see how the Oculus Quest performs with its full hands-on controllers – the Quest is scheduled to launch in the spring.

Most observers also believe that the VR headsets will become more powerful and that developers will try to keep up for the demand for a more immersive VR. Some of the products that should do well include the HoloSuit which is a full-body VR suit and the Mudra Inspire which involves a wristband-turned-VR controller.

The attraction of the live online casino will continue to expand as more and more online casinos open interactive live dealer platforms. The live casino allows gamers to interact with genuine live dealers who will chat with them as the players place their bets and play their games.

The live dealer platform is the closest thing to a Las Vegas land-based casino that there is for online gamblers. It costs a bit more to play with a live dealer but increasingly, gamers are deciding that the investment is worthwhile because they get the entire experience of a brick-and-mortar casino while interacting via the live streaming software from the comfort of their own armchair.

For the online casinos, the investment is also worthwhile – more players are drawn into the casino so they can play some of their games live and find other gaming machines in the games’ lobbies.

Some gamers get used to playing with a specific casino or game designer but many industry observers believe that, as more players are prepared to try alternative types of games, Indie games will become more mainstream in 2019. Players are becoming more sophisticated and are interested in trying games with new types of themes, new art forms, and new technology.

Some indie games to watch in 2019 include Sable by Shedworks (so named because of the 2 designers who work out of a shed in their London yard) which favors themes of exploration over combat, Spelunky II, a continuation of the wildly-popular Spelunky I by Mossworks and the political thriller The Occupation by White Paper Games which features multiple outcomes depending on the player’s actions.

This time, 2 years ago, everyone was waiting to see how quickly the iWatch would change the gaming world. Many observers were convinced that, within a very short time, everyone would be playing on their mobile wristwatch.

That prediction hasn’t become a reality. People discovered, relatively quickly, that it was frustrating and unfulfilling to play on a watch. Today, no game designers are focusing on the iWatch or any other mobile watch since there are too few players who will buy those games.

Fantasy sports is due to skyrocket in popularity – actually, it already has. Since the United States Supreme Court ruled that states could legislate sports betting, six states have decided that they will, in fact, allow sports betting to take place in their casinos, racetracks and other gambling venues. In addition to the states that have already started allowing betting online, another group of states is set to follow suit this year.

Free games have always been available online and some people go looking for them but the more sophisticated players have started to stay away for the downloads-for-free, pay-for-extras, etc.

Consumers seem to be more prepared to pay more for a game initially so that all of the elements and features are unlocked from the get-go. In 2018 free games hit a fever pitch but that’s expected to die down as users become more savvy to “free” give-aways with strings attached.

The growing number of women who play online games is changing the industry. Today, the percentage of female players has grown to 40% and this change in audience is being reflected on the screen with more games that feature women.

That’s not all though. There are more games being developed that feature minorities including characters with special needs. One new series has a gay hero and We are Chicago is earning critical praise for its depiction of African American culture in South Chicago. Seasons of Heaven by Nintendo Switch focuses on a protagonist with Asperger syndrome.

Not to mention the new Cyberpunk in which players can bring women into the forefront by taking control a character and customizing the character’s gender including her body type, body modifications, and clothing

There’s lots to look forward to in the gaming world of 2019!  The ride is sure to be loaded with FUN!