9 of the Best Gambling Films 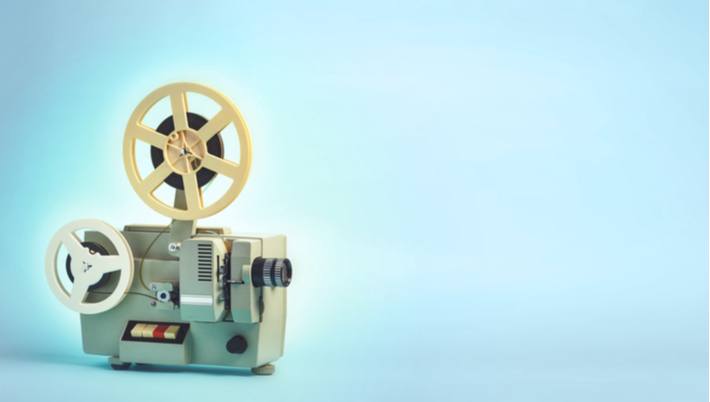 The glamour of the casino world has always made for great film entertainment. From welcome bonus casino gambling film classics of the ‘60s to modern day online casino film extravaganzas, the attraction of movies that combine glamorous dress, fine dining, big money and casino action has brought more people to the movie house than almost any other genre of film.

Many of the casino movies incorporate additional themes – spies, suspense, romance and more. You can find both light-hearted casino movies as well as those that will grip you in a world of intrigue and conspiracy. Some 21st century films center around the modern technology of online casino gambling that has become popular among Internet users around the world. These gambling-themed movie classics can now be found on cable as well as on popular streaming services.

Some of the best of the gambling films include:

The Sting won the Oscar for best film in 1973. The storyline involves Johnny Hooker, a small-time con-man who cons both big crime boss Doyle Lonnegan and a crooked police lieutenant William Snyder, both of whom vow to repay Hooker by killing him.

Hooker escapes to Chicago and teams up with up with master conman Henry Gondorff. The two, together with their friends,  hatch an elaborate con that sees Lonnegan enticed into a back-room casino where he is conned into placing all his money on a “fixed” horse race – though in reality, the race never really takes place.

The con has multiple layers but the goals, convincing Lonnegan and Snyder that Hooker is dead which ends their pursuit of him and getting their hands on Lonnegan’s half-million dollar bet, are successful.

The movie ends with Hooker and Gondorff heading off to new adventures while their friends enjoy the fruits of the scam.

The Gambler tells the story of a high-stakes gambler who takes out a loan from a Mafioso to indulge his high-stakes poker obsession. Jim Bennett is an English professor by day but he risks everything during his nighttime excursions to the casino. Eventually his finds that he can’t repay the loan and must find a solution.

He arranges for the Mafia loan shark to compete with the owner of a gambling ring  and proceeds to play both sides, all the while sinking into the underground world. In the end he risks everything to extricate himself from the mess, learning, in the process, something about himself and his “hobby.”

Based on the book Bringing Down the House, the movie 21 tells the story of Bill Kaplan who formed a team of MIT students that used statistical analysis to win at blackjack at Vegas casinos through strategic card counting.  Kaplan ran the team as a business, instituting a player approval process, formal management procedures, strict training and a standard counting and betting system. The team members’ activities were tracked so that Kaplan could operate the project professionally.

Team Blackjack included 9 players and their manager (Kaplan). They played in multiple Vegas casinos, doubling their initial stake (which had been put up by investors and by the players themselves) within 3 months. All proceeds were split with investors who enjoyed a return of over 250%.

21 dramatizes the story, involving intrigues among the players, their “faculty advisor” and other characters but also illustrates how casinos struggle to detect card counters so that they can ban them.

The Cincinnati Kid is a 1965 film that brought Clint Eastwood, Edward G. Robinson and Ann-Margaret together in a tale of high stakes poker and the resulting pressure, blackmail, romance. The movie focuses on Eric Stoner, “the Cincinnati Kid” who lives in New Orleans in the ‘30s.

Eric is an up and coming gambler and he wants to beat Lancy Howard, the local card shark, in order to earn the title of the "Greatest Poker Player."  The two players prepare for their match amidst side stories that include a plan to rig the game. When The Kid finds out about the attempt to fix the game, sparks fly.

The Hustler and Color of Money

The Hustler, made in 1961, was one of the first gambling-themed movies to come out of Hollywood. In the film Paul Newman plays Fast Eddie Felson who challenges pool-legend Minnesota Fats to a tournament. The stakes are high, both for the reputation of the two men as well as for the winning prize.

After Eddie loses to Fats his confidence plummets but a new manager, Bert Gordon, takes on Eddie’s training to prepare him for a rematch. The movie is less about pool and gambling as it is about morals and ethics – Gordon is ruthless and Eddie must decide whether beating his nemesis is worth playing by rules that go against his core beliefs.

The Hustler had a sequel, Color of Money, where, 25 years after the original film, Paul Newman returned as a much older Eddie to teach young up and coming pool player Vincent (Tom Cruise) the same lessons that he learned in his own youth.

The storyline in Ocean's Eleven centers on Daniel Ocean, an ex-con who wants to pay back his nemesis Terry Benedict by wiping out all the cash in Benedict’s three Vegas casinos.

Ocean assembles a group to pull off the heist in which each member has a particular skill -- pick-pocket, professional card dealer, get-away driver, pyrotechnician, weapons expert, technician, Chinese acrobat artist -- which will, when combined, allow them to relieve the casino of its cash.

The day of the robbery is schedule to coincide with a big boxing event that Benedict’s casino empire will be hosting, at which time there will be $150 million dollars in cash in the casino’s safe.

Ocean’s 12 picks up where Ocean's 11 left off as Benedict tracks down the group members and threatens them that, if they don’t return the money plus “interest,” he’ll eliminate them. A new plot is hatched to return the money to Benedict.

Ocean’s 13 takes the gang back to Vegas where they set out to ruin tycoon Willy Bank after he double-crosses Ocean’s friend and takes control of his casino project. Once again the elaborate plot succeeds, leaving the Ocean’s crew with enough money to invest heavily in the Vegas Strip.