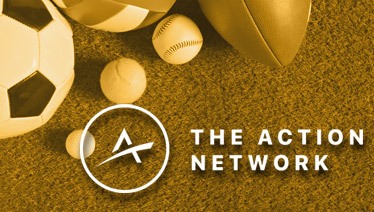 Online pokies and sports fans in the United States now have a new outlet from where to access news and analysis on their favorite sports. The Action Network will, among other services, provide sports betting options to fans.

Chad Millman, a former editor in chief of ESPN’s website and magazine, is the creative force behind Action Network, a media source which is devoted to sports gambling. The site and app offer live odds plus bet tracking, and trends, alongside features and news stories that focus on the culture and business of sports betting.

In the year since the US Supreme Court ruled in favor of the state of New Jersey in its challenge on the Federal ban on sports betting, gambling on sports has been a growth industry in America. The decision reversed the Congressional PASPA (Professional Athletes and Sports Protection Act) legislation to effectively allow any state to legalize sport betting.

Millman says that Action Network’s mission is to make sports betting accessible to everyone who wants to participate. “Every sports fan wants to be the smartest person in the room,” Millman says. “Sports betting is one of those topics that can be confusing. We want our readers to be able to understand it at the highest level.”

The network won’t be able to offer wagering options in all sports betting states immediately. Currently, some states allow online sports betting while in other states, sports wagering is only legal at brick-and-mortar betting sites.

Millman was a writer and editor at ESPN for 18 years. One of his first assignments involved writing about the men who set the Las Vegas point spreads for the NCAA Tournament. Millman was fascinated and subsequently wrote a book, The Odds, about Joe Lupo, one of the men who set the point spreads and who also ran the sportsbook at the Stardust casino. The book became a sacred text among regular sports bettors. “I was fascinated by the small group of people who have a domino impact on the billion-dollar industry of sports betting,” Millman says. “The book sort of got me into the industry and into the field. It got me sourced and helped me understand the psychology.”

At the time that Millman wrote the book, sports betting was limited to Nevada, offshore betting websites and underground bookies. As Millman wrote the book he saw more and more clearly that the audience and money was there to make sports betting into a growth industry. He created a gambling beat at ESPN and even devoted an entire issue of the magazine to the subject. He established “Chalk,” a vertical dedicated to the gambling culture with information about odds and trends. As he expanded the focus on gambling, readers responded. Web traffic skyrocketed on gambling stories and the subscriptions to premium content increased.

Millman still felt that ESPN’s relationship with gambling was “anxious” and he was ready to move it forward, if not through ESPN than with other partners. “It was important for ESPN to recognize sports betting, and I think it had a big impact in the sports-betting community,” Millman said. “But there was a lot of trepidation to do any more than we were doing.”

In 2017, even before PASPA had been overturned, Mike Kearns, president of digital at The Cherin Group Entertainment Company  approached Millman about starting the Action Network. Millman saw the potential and left his safe corporate role to chase his dream. That dream was validated when, in May 2018, SCOTUS made its New Jersey ruling.

Millman is focusing on giving bettors more than odds and analytics. The Action Network wants to provide data that will guide sports fans as they try to understand why the pros suggest that they bet a certain way, what’s happening with the legalization of sports betting in various states and why sports books are posting certain odds. The Network will also include personality-driven features so bettors can revel in the sports betting culture.

Currently, the staff of Action Network includes veteran sports reporters including Sports business analyst Darren Rovell, Jason Sobel, a former writer for Golf channel and Matt Moore, a former NBA analyst for CBS. Action Network has partnered with SirusXM and ESPN to produce a radio show called I'll Take That Bet and will partner with Cadence13 to produce a podcast network for sports gambling. Another SiriusXM partnership will involve the production of a daily show on the Fantasy Sports Radio channel that will deliver fantasy sports analysis and sports betting insights.

Action Network announced that it has raised $17.5 million from team owners, media and e-sports investors and a private equity.

Other outlets, including CBS Sports and the Bleacher Report, are also now expanding into sports betting. As legalized gambling spreads from state to state, it’s reasonable to expect that start-ups and other existing companies will establish their own sports betting platforms and media sites.