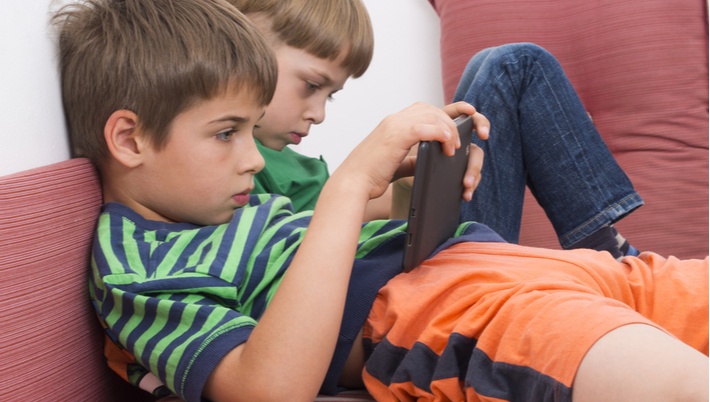 Roblox, a popular digital children’s platform has become a phenomena in the world of gaming. Roblox now has more than 164 million monthly active users who meet online to play games and to develop online casinos gaming experiences for other community members’ enjoyment.

The site features games that are built by Roblox community members, many of them children which has made this a popular platform for people of all ages. Roblox is free for creating and playing but with in-game purchases options.  It’s estimated that over half of all children in the United States under the age of 16 are regular users of the Roblox creative gaming platform.

Roblox, which debuted in 2004, has become a collection of more than 50 million user-generated games which have all been created within the Roblox community. In the same way that YouTube archives video content, Roblox archives gaming content.

Users download the Roblox app into their PC, mobile phone, tablet or console and then find games that they want to play. You can chat with friends while playing using the Roblox social media chat tool and create your own games for others to play.

Roblox has been compared to Minecraft but there are significant differences. While Minecraft is a stand-alone game, Roblox is a cross-platform, high-performance, real-time simulation in-game game-engine. You can play Roblox or learn the relatively-easy-to-learn code and make your own game.

Roblox markets mainly through word-of-mouth. It’s an organic phenomenon that emphasizes “unstructured play.” Parents who remember playing outside without fear can relate to the need to give children more unrestricted playtime.

Roblox is also involved in the world of education and has released a Roblox curriculum that educators can access freely. The platform also fosters businesses where people, some barely out of their teens, earn money through the games that they create.

Roblox is recommended for users aged 13 and up. Users can play games for free as well as use a number of the free design tools to create their own games. In-game purchases include customizing an avatar, buying and trading weapons and creating additional games.

One of the most popular features of Roblox is its social framework. Roblox, in fact, was built to fit into today’s thrust for social media engagement. Friending and chatting are significant parts of the Roblox experience. The large online following ensures that additional content such as Reddit forums, YouTube videos and wikis  are available for anyone who wants information about the platform, the games, creating a new game, etc.

Anyone can create a virtual world and release the game on the Roblox platform. Once the game is launched it becomes available to millions of gamers around the world. Bringing a game idea to life is made possible by a suite of game development tools that are easy to learn to use, including the scripting-programming language called Lua.

Creators can scale a game and turn it into an online multiplayer game. Developer forums give creators a place to troubleshoot and learn new skills.

Users learn rudiments of computer coding from Roblox and can embed ads in their games to learn about marketing and take advantage of the opportunities to monetize their games. Roblox games have also been identified as those that promote thinking and reasoning, collaboration, problem solving and math skills.

In the gaming world, many minors play, though most games aren’t specifically created and marketed to young people. Roblox is different. That means that issues of safety are of particular concern to the Roblox community.

Roblox content is user-generated, meaning that caution needs to be taken to make sure that children aren’t exposed to violence, sexually suggestive imagery and strong language. There have been worrying incidences of abuse and attempted abuse of children because of their presence on the Roblox platform – grooming, online harassment and even a virtual sexual assault.

Roblox is aware of the problems and is making every effort to identify loopholes in the platform and find the people responsible for breaches in security. Laura Higgins, a British child-safety activist who was hired by Roblox its ‘director of digital civility explained that  “we’re not defensive if things have ever gone wrong. We hold our hands up and say ‘This is what we’ve done to fix it, and this is what we’re doing to make sure it never happens again.’”

Higgins says that her job involves learning from past incidents so that the company can prevent future incidents that could harm young players. “We really do start with safety as our No 1 priority. We acknowledge that we have younger players, so you have to be as ahead of the game as possible in terms of safety,” she said. “It’s an age-old thing: if people have bad intentions towards children, they’re going to gravitate towards where the children are. We’re constantly reviewing the tools that we have, and looking at ways to improve them.”

As with any online activity, despite a company’s efforts, parents must be the first line of protection for their children. Roblox is devoting a section of its website to parents. The Roblox site’s For Parents webpage  gives an overview of Roblox’s safety tools which include algorithms that block names and addresses in text chats, swear word blockers, a reporting system for inappropriate content or chat and detection software to ensure that avatars are wearing “appropriate attire”. Roblox has also added human moderators to monitor online interactions and the company has beefed up parental controls.

For Higgens, the most important thing is that parents see the positive side of Roblox. She related an example of a game that a teenager made whose father had recently passed.  “He developed a game around managing mental wellbeing, mental health, as a journey for other young people experiencing those kinds of issues. It was an amazing outlet for him, but it also helped many young people who played it, and were able to explore their emotions.”

But she admits that parents have a right to be worried about stories of harassment, cyberbullying and other online dangers that occur even on a child-friendly site like Roblox. Parents should exercise caution when their children play on Roblox in the same way that they are vigilant when their children are on any other Internet site.