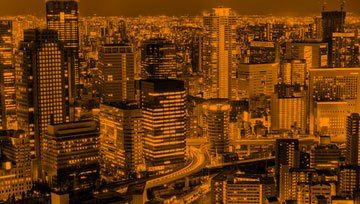 As Japan moves forward with plans to open Integrated Resorts that will feature hotels, entertainment and gambling, international operators are focusing on their own plans for their hoped-for presence in the Land of the Rising Sun.  These are investors who have extensive experience in operating no deposit bonus codes gambling and other entertainment venues in the East but now, they must meet their own needs while they coordinate their efforts with the needs of Japan.

According to Las Vegas Sands Corp, whose operations in the East encompass properties in Macau, Cotai and Singapore, the company is bowing out of the running for an Osaka IR and is focusing on obtaining an IR license for Yokohama or Tokyo.  The announcement came after Yokohama announced that it is accepting proposals for an integrated resort to be built on the Yokohama Yamashita Pier.

The statement marks the latest steps in a delicate dance as Japanese cities vie to host casino resorts. Operators will be bidding on the locations and the cities focus on meeting their own needs.

In 2018 the Japanese parliament voted to issue three Integrated Resort licenses in the country. Opening up Japan to gambling could prove very lucrative to the casino operators -- CLSA, a Hong Kong-based investment and capital markets group predicts that gross gaming revenue in Japan could reach $20 billion annually once the three casinos are up and running.

Over the last 2 years casino operators from around the world have descended on Japan as they try to win over national and local politicians as well as the local public. After Japan passed laws to legalize casino gambling, the government established conditions that would allow Integrated Resorts to be built.

The government is focused on making the sites as expansive a s possible so that they won’t be totally reliant on gambling income. The big Vegas operators, as well as a few Asian companies, are trying to establish their foothold in a region that has the potential to become Asia’s biggest gaming market.

Now that Sands is pulling back from Osaka, other integrated resort companies have more of a chance to develop their brand in the bustling city. Most observers believe that Osaka is the most probable location for Japan’s first casino resort. There is extensive local political support for a casino in Osaka which is an alluring locale due to its large tourist industry.

Orix Corp has partnered with MGM Resorts International in their bid to build in Osaka. Now that Sands is dropping out of contention for the city, the Orix-MGM prospects have improved considerably. Other operators such as Galaxy, Wynn Resorts Ltd and Melco Resorts & Entertainment Ltd. have also expressed interest in building in Osaka.

MGM Resorts has said that it is “deeply committed” to an Osaka location. Wynn wouldn’t say “no” to Osaka but they are looking with hope at the Tokyo Bay area, which includes Yokohama. Analysts say that the demographics make that market particularly appealing.

Regulations around the selection of the sites have not been completed so it will be at least a year before the selection of the operators who are to receive licenses will be made. However, many government officials would like to see a casino built on Yumeshima Island in Osaka in time for the 2025 World Expo. Operators feel that the feasibility of building on Yumeshima island is questionable. Yumeshima Island is relatively remote so building a casino there would involve extensive construction of hotels and other amenities.

For Sands, focusing on a potential site near Tokyo will allow the company to maintain its returns to investors. Chairman Sheldon Adelson said “We think an investment in Tokyo or Yokohama gives us the best opportunity to do exactly that.”

Now that Sands has announced that it is no longer interested in building a resort in Osaka, other operators are trying to figure out the lay of the land so that they can move into the market that, they believe, will fit their own needs. As of now, no one knows which three cities will be given licenses to host the IRs. That makes it difficult for operators to plan.

In the meantime, a number of brokers are producing lists of stocks, both global and Japanese, to offer investment exposure to the burgeoning Japanese gaming industry. In addition to the already-mentioned mega-operators, other companies are hoping for a piece of the action. They include producers of gaming machines such as Sega Sammy and Konami and a variety of hotel operators, railway companies,  property developers and even construction groups. Japanese companies such as Orix (which has already signed a partnership deal with MGM) and Sumitomo have the opportunity to partner with the successful foreign operators on the financial side.

Everyone is waiting for firmer signals before the great gaming narrative is unleashed. Most observers believe that one of the licenses will go to a small regional city in Hokkaido or Kyushu. It’s also generally accepted that Osaka will host one of the country’s first casinos. The big operators are talking effusively and pledging multibillion-dollar investments. It remains to be seen which of these promises will sway the government on their behalf.

Little by little, the playing cards are becoming clearer as odds on many of the stocks in the various brokers’ baskets shorten. MGM and Orix are emerging as strong bidders in Osaka. Sands could very well win its prize in Tokyo.