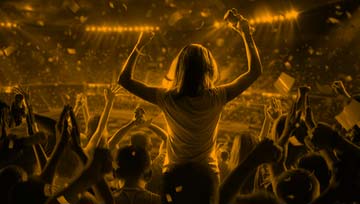 Sports betting in America has the potential to become one of the country’s biggest industries in the coming years. The Supreme Court opened the option for states to legalize sports betting only eighteen months ago, yet to date, almost a third of U.S. states have legalized some form of sports betting and more than another third are considering bills to do the same.  The industry is likely to become as big as the generous welcome bonus casinos that we all know and love - like our Grande Vegas casino.

The industry is being led by individuals representing a wide range of fields.  They include media, league officials, team officials, casino operators and other betting companies, punters, politicians and others. Many of these people are the most active promoters in getting sports betting launched in the United States today include and the decisions and actions that they take will influence the way that American sports betting develops for years to come.

Patrick Keane is CEO of the Action Network, a sports-media startup which is specifically geared to covering sports betting as though the wagering itself is the sport. Keane has been moving Action Network forward to ensure that the network provides smart and accessible analysis and tools. Viewers, from novice bettors to experienced gamblers, can access data on bet tracking and live odds along with analyses that allow them to better understand the intricacies of the various sporting events.

The Action Network has partnered with media brands such as Yahoo Sports, gaming companies like William Hill and PointsBet, fantasy sports operators including DraftKings and sports organizations such as Nascar. The Action Network also hosts a daily satellite-radio program for gamblers on SiriusXM.

Erika Nardini is the CEO of Barstool Sports, a dedicated content hub for sports gamblers. Barstool features online personalities who provide round-the-clock programming, free contests and valuable content. Barstool was founded as a broadsheet for gamblers and fantasy players and is expanding to serve betting enterprises to pull in new advertising dollars and other revenue streams (such as affiliate revenue), Barstool operates a niche blog that has 200 writers who provide new, fresh content about a wide range of sporting events every day.

Jeff Gettula is leading CBS Sports into the 21st century as the head of the CBS digital group which oversees CBS’ sports gambling show “SportsLine Edge.” The show has the potential to be a major asset for CBS. It is already bringing in ad dollars on CBS-affiliated stations in states where betting is already taking place.  As the number of such states grows, so will the revenue for CBS. Joe Ianniello, acting director of CBS, says that "It's already generating millions of dollars of advertising revenue for us."

Under Gerttula's leadership, CBS is focusing on drawing sports bettors to its digital platforms including CBSN and CBS Sports HQ.  The network aims to grow its ad revenue through a variety of methods related to sports betting. Ianniello said the company is also in discussions with partners about the "bigger platform opportunity" that is expected to open up as new states legalize sports wagering.

CBS and Gerttula haven’t made up their minds about launching a betting platform.  They are still weighing the opportunities against the risks. "We have to be careful that we don't put ourselves in a spot that we come to regret in a few years," Gerttula has commented.  “This is going to be transformational…..but it's going to be a long game."

Laila Mintas runs her own sports and technology advisory firm which, among other things, focuses on guiding companies that want to get into sports betting.  She helps them navigate and innovate so that they can get a foothold in the competitive industry. She works mainly with sports tech and general tech companies that are building the tools that create a better betting experience. This includes new game formats, easier payment options, onboarding processes and more.

Mintas also chairs the advisory board for Bet.Works, a U.S.-based sports-betting tech firm.  She is primarily focused on the US sports betting market but she brings to the table her experience in international betting markets. Mintas, a lawyer, holds a PhD with her thesis topic on gambling regulation in Germany.

That background brought her to the attention of FIFI which asked her to run its sports integrity team which was working on detecting and curbing game manipulation.  Mintas says that her goal is to use her varied background to help US companies learn from betting markets in Europe and to push the industry forward.

Ilan Ben-Hanan is vice president, programming and acquisitions at ESPN, America’s first sports network. Now that more and more states are legalizing sports betting, Ben-Hanan is aiming to optimize the increase in TV viewership that is expected to come from sports fans who want to gamble on the games. Ben-Hanan charts ESPN’s foray into the world of sports-betting and oversees all of ESPN's sports betting programming, including its daily gambling show, "The Daily Wager."

Ben-Hanan is in charge of strategic scheduling for all of ESPN's linear channels. He is also called upon to weigh in on sports-related matters across platforms

Matt Kalish is the cofounder and chief revenue officer at DraftKings.  Just 2 years ago, it was unclear whether fantasy sports had a future in America and DraftKings and their main rival, FanDuel, convinced that they couldn’t keep their businesses going independently, were on the verge of merging.

Today the two Fantasy Sports giants are gobbling up the US market share for sports betting.  Even before sports betting was legalized in May 2018, DraftKings already had a massive database of sports fans who wanted to become more actively involved in otherwise-spectator sporting events.

These Fantasy Sports companies were in the right place at the right time. Ever since the Supreme Court struck down the federal ban against sports betting last year, FanDuel and DraftKings have been capitalizing on the new market.  Kalish has been leading DraftKings as they swallow a sizeable share of that market. The company rolled out mobile sports betting in New Jersey within weeks after it was legalized and it’s been in a leading position in U.S. sports betting ever since.

Under Kalish, DraftKings started development on a sports betting platform in late 2017, months before the PASPA ruling came. The company took a huge risk but their ability to start running immediately after the SCOTUS ruling made the risk a worthwhile one. Today DraftKings is a market-share leader in states in which it operates including West Virginia and Indiana.

Kalish oversees all aspects of DraftKings’ contests and game formats. He also pushes for designers to come up with new ways to play.

Niall Connell is the general manager and senior vice president of FanDuel sportsbook, DraftKings’ biggest competitor. FanDuel was bought out after the May 2018 SCOTUS ruling and Connell came to the United States to run operations.

Presently, FanDuel operates sportsbooks in five states and is the market share leader in New Jersey and Pennsylvania. Connell is focused on improving the experience within the betting platform and on expanding the sportsbook into new markets. He oversees their the FanDuel partnership Switzerland's Sportradar AG and is presently negotiating to buy Canadian gaming company The Stars Group which powers Fox Bet sportsbook.