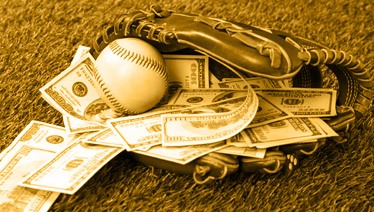 Atlantic City's newest casino, the Ocean Resort Casino, will offer a Vegas online inspired sportsbook option when it opens to the public next month. The casino is partnering with the London-based William Hill gambling company to offer legal sports betting as part of its services to its clients.

Bruce Deifik, owner of the Ocean Resort Casino said that ORC’s sportsbook would be centrally located in the middle of the138k-square-foot gaming floor and would take up 7,500 square feet. Patrons, Deifik said, won't be able to miss the sports betting site which will feature private suites for high-rollers.

In addition, the Borgata, a MGM Resorts casino-resort, announced that it would start taking wagers “as soon as regulatory approvals are in place” in its new dedicated sportsbook. The Borgata has temporarily named its race betting facility "Race and Sports Book" though that may change when it starts to function. MGM already has in-house sportsbook management experience due to its Nevada properties.

It's expected that Caesars Entertainment will follow suit in its three AC casino properties.as will Hard Rock Atlantic City which will also open on June 28th. Hard Rock still needs to find a betting partner but it's likely that its tech partner, Gaming Innovation Group, will work with them on this project since GIG has expressed interest and readiness to develop its own sportsbook. Another casino which is expected to take advantage of the recent US Supreme Court Ruling that opens the market to sports betting is Resorts Casino Hotel which already has an online partnership with the Stars Group, a veteran in sports betting technology.

These casinos, with probably more to follow, are taking advantage of the May 2018 U.S. Supreme Court ruling that overturned the  Professional and Amateur Sports Protection Act of 1992 (PAPSA) and moved the jurisdiction for sports betting to the states rather than the federal government.

Monmouth Park has already laid the groundwork for the sports betting at its site. William Hill US began its partnership with Monmouth Park in 2013 in a long-term agreement that allows it to become the racetrack’s exclusive sports betting provider. Monmouth Park is a historic racetrack and the sportsbook there is deemed a lucrative enterprise. Sportsbetting was set to begin in Monmouth Park on Memorial Day but the state's Senate President Stephen Sweeney, D-Gloucester asked that the park delay the venture until state lawmakers have time to establish clearer regulations.

In addition to its new partnership with Ocean Resort and its 2013 agreement with Monmouth Park, William Hill U.S. operates sports and race books at 108 locations in Nevada. The Supreme Court ruling is expected to allow the industry to flourish from a quarter of a billion dollars in annual wagers to triple or more in the coming year.

On May 14th the Supreme Court handed down its ruling that effectively nullified the Bradley Act of 1992, also known as the Professional and Amateur Sports Protection Act. PAPSA was enacted at the request of the sports leagues who argued that betting on sports events could compromise the sport and open players to bribes and blackmail in order to fix games.

Delaware Mississippi and New Jersey have pledged to allow sports betting to start in their states within the month.  More than a dozen other states have either begun the process of enacting legislation to authorize sports gambling or are considering it.

In some states commercial casinos will be allowed to open sports books. In others, sports betting will be facilitated through the state lottery. Only a few states have worked out the details – in others, lawmakers must decide whether to allow bets to be placed at off-track betting parlors, casinos, horse racing tracks or in stadiums. Decisions also need to be made regarding whether to allow online and mobile betting.

The four major US professional leagues, together with the NCAA, led the fight against the repeal of PAPSA. The case reached the US Supreme Court when New Jersey challenged the constitutionality of the federal ban. Now commissioners of the Major League Baseball league and the NBA have said that they're open to the prospect of legal gambling but they want to dictate the terms – and get a piece of the pie.

The leagues are lobbying to give a small percentage of the amount wagered back to the leagues. They argue that the leagues deserve a cut because gambling is entirely dependent on the games that they facilitate. They also say that they need to invest time and money to guard against potential game fixing efforts. They are opposed by the casinos and other gambling companies who note that Nevada is able to regulate gambling and flag suspicious behavior without making payments to the leagues.

The league that continues to oppose gambling is the NFL which manages football, the nation's most popular spectator sport. Many critics say that this opposition is hypocritical because the NFL publishes detailed injury reports that help bookies set odds, schedules games in London, where in-stadium betting is legal and encourages (and makes money from) fantasy sports. The Raiders' move to Las Vegas, where sports betting has been legal for decades, was approved by the NFL owners.

What is likely at this point is that the NFL will partner with the NBA and the MLB and use its lobbying muscle to seek federal regulations that would grant them a portion of the revenues.

It's expected that sports betting will go online in the near future. Presently, fans can bet on their mobile devices in Australia and in the UK, even while they're in the stands watching a game. It's also likely that subscriptions to streaming services and television ratings will increase as fans have more opportunities to become "involved" in the results through their bets. Fans can expect to hear more discussions about over/unders, prop bets and points spreads as broadcasters and journalists try to stay relevant about how the fans think about a sporting event.