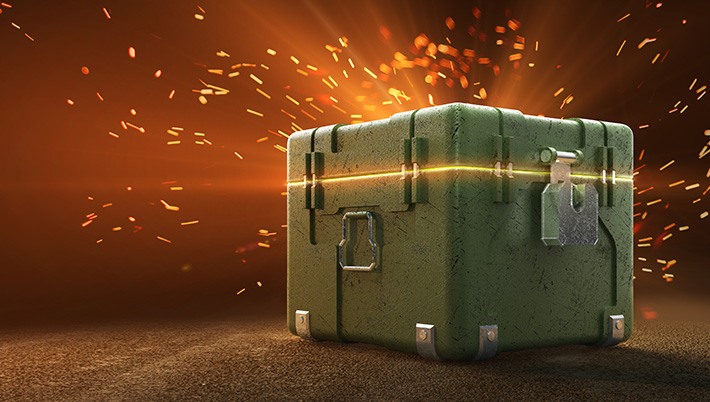 The fight over loot boxes in video games is heating up as multiple nations are watching Nolland to see whether the Dutch legislature will carry out its threat to ban loot boxes from video games.

Unlike Grande Vegas online casino USA games in which wagering options are clearly stated, loot boxes, which are embedded into many video games and are seen as an underhanded way for game developers to make money.

The Netherlands is one of the first countries to confront loot boxes on a national level. A bipartisan coalition of legislators are backing a bill which, like that of neighboring Belgium, would  outlaw loot boxes. The bill describes loot boxes as a “form of gambling.” Legislators are specifically concerned that by having a loot box offer as part of a video game, minors are being manipulated to purchase items via the in-game micro-transactions.

Six political parties, making up over half of the country's House of Representatives and senate legislators, are supporting the move and video game makers are preparing for the motion to succeed.

In the past, Dutch politicians have gone to battle over video game loot boxes. In 2020 a  Hague court ruled that  Ultimate Team packs in FIFA broke Dutch gambling law. The Court demanded that the EA pull the packs from that year's FIFA and fined the EA which argued that the packs were part of a "wider game of skill." EA was fined but the fine was eventually overturned by the Dutch Administrative Jurisdiction Division.

Belgium already has anti-loot box laws. In addition to Holland, 18 other countries are considering legislation to either ban or strictly regulate loot boxes within video games. Could this be the end of loot boxes?

As reported by the BBC, The Norwegian Consumer Council recently released a report that gives an outline of the history of monetisation in games, |describes the way that practices of in-game currency and loot boxes and in-game currency have evolved and summarizes how these microtransactions are, in effect, "deceptive design" tactics  that "exploit cognitive or behavioural biases to incentivise spending." Banning the aforementioned "deceptive design"ץ

Authors of the report made the following recommendations:

To date, only Belgium has outlawed loot boxes in games outright but in addition to The Netherlands, other countries are exploring their stances on loot boxes. But other countries may be getting ready to take action. A report by GambleAware, a UK-based gambling support organization, has called loot boxes "structurally and psychologically akin to gambling” as part of its call for new policies to be put in place.

GambleAware wants to see gaming companies include clear definitions of what a loot box is on every game that features loot box options and provide full disclosure of the odds when purchasing them.

In the face of that report the UK government has requested evidence on loot boxes as they prepare to review gambling laws.

In Japan, a law that protects customers from deceptive practices is used to ban loot boxes. Japan has been banning loot boxes under a regulation that disallows a special type of loot box called “kompu gacha” which involves players collecting a final award if they collect a complete set of items from randomized loot boxes.

Japanese regulators have deemed kompu gacha exploitative as the cost of completing a set of items from the loot boxes exceeds the value of the final award. In Japan, ordinary randomized loot boxes are not prohibited categorically but their status is determined on a case-by-case basis.

For Holland, as with Belgium, much of the definition of what constitutes an illegal loot box revolves around the interpretation of the term, “games of chance.”

The world’s largest gaming market, the United States, seems to be in no great hurry to regulate loot boxes. A class action lawsuit against Google over its “predatory practices” of inserting loot boxes in games that it sells in the Google Play Store was recently dismissed though the precise legal status of loot boxes in the US remains unclear.

In that case, parents of minors who bought games with loot boxes claimed that the loot boxes enticed players, including minors, to engage in conduct that could lead to addictive behaviors. Loot boxes, their suit claimed, have the “hallmarks of a Las Vegas-style slot machine, including the psychological aspects to encourage and create addiction.”

Yet US regulation of loot boxes may not be too far in the future. The upsurge in gaming during the COVID-19 pandemic has heightened the attention that is being paid to the various practices in the industry including loot boxes. A number of U.S. regulatory authorities and policymakers are already monitoring industry developments and trends surrounding loot boxes. They are also focusing on the broader issue of problematic game designs.

In the meantime, in a taste of things to come, the upcoming launch of Activision Blizzard’s Diablo Immortal excludes Belgium and The Netherlands.