Are there Non-Sports Fantasy Games? 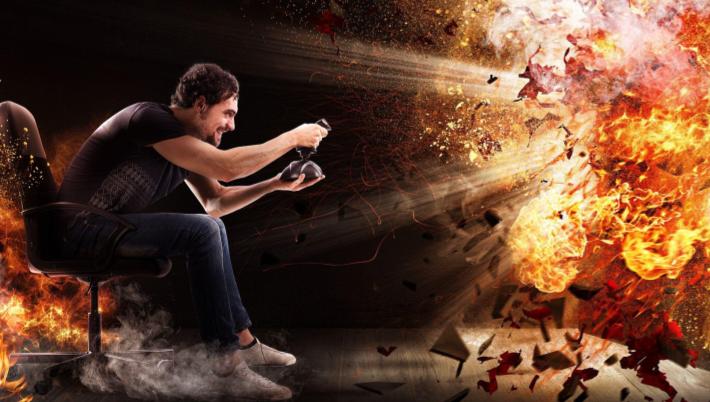 Are there Non-Sports Fantasy Games?

While Grande Vegas' play for fun and money machine slots, blackjack, video poker and more could be called fantasy games, there is a whole new genre of fantasy games developing and we'd like today to take a look at those today.  Will these new games override our online casino money machine games?  A big NO!

Fantasy games have become increasingly popular over the last few years as players now enjoy the added attraction of betting on their predictions on fantasy sites and sportsbooks. Most fantasy games involve sporting events of one type or another and those are the kind of fantasy games that people envision when they talk about playing,

Recently, other types of fantasy games have emerged, giving people with a wide range of opportunities to participate in fantasy contests that suit their individual interests.

In a fantasy game, you build your team with participants/players that you choose. You set a new line-up every week and then you win or lose based on the performance of those participants in real life. The players assume the roles of the various characters and the outcomes are partially determined by the player’s skill in assembling his/her team and partially by luck.

Sports is the sector that most lends itself to fantasy gaming but as the popularity of fantasy gaming grows, so does the types of fantasy options. Today there are fantasy games for all sorts of entertainment genres like reality TV, the Oscars, celebrity-watching and casino tournaments as well as non-entertainment fantasy for activities like shopping and intellectual pursuits based on university-level studies.

Some non-sports fantasy games to check out include:

Fantasy poker is an online poker format. Participants create their virtual team, based on an in-game budget of definite points, and then run those teams as owner, coach or manager. In addition to the fantasy players, the team captain, a team name and a team badge is chosen.

The various fantasy poker teams compete with other fantasy poker teams in the same league that were set up by other participating fantasy team builders from around the world. Points are allocated to the players based upon their performances in real matches and according to the score at the end of the game, the winning fantasy team achieves its win and collects on its bets.

Fantasy politics sounds like a sports-like game but the competition involves the sport of politics! Right now the main fantasy politics game is Fantasy Congress where you build your team comprised of legislators and then start the season. Teams earn points based on the accomplishments that “their” legislators achieve during that week. Each week the team’s total points are calculated. So, for instance, based on 3 points per vote, if Legislator #1 voted 9 times during the first week s/he would receive 27 points. As the team owner you can swap legislators on your team for better ones.

Some examples of Fantasy Congress points are:

There are fantasy reality TV leagues for a wide range of shows including Survivor, Dancing With the Stars, The Bachelor, The Voice, American Idol, MasterChef, Lego Masters, America’s Next Top Model, Food Network Star and Project Runway.

Once you join a league for the show of your choice you start drafting contestants and achieve points based on how your contestants performed on the broadcasted show. You can play as a single-player or play in the multi-player mode.

There’s the traditional fantasy league mode where contestants earn points based on their performances, bracket style where the points are awarded based on how long your team members last in the competition and Winner Takes All where the league winner is the team that drafts the season winner.

Points are awarded for different actions such as being entertaining, crying, etc.

There’s a fantasy league for economists where the player takes a position as the head of a (fantasy) economics department and sets out to improve his/her department’s ranking as compared to other departments in the IDEAS league.

New players are allocated 25 economists randomly, based on economists registered with RePecAuthor Service.

Scoring is based on criteria of the IDEASRePEc  journal of economic literature.

Your movie-viewing can become more interactive when you join a fantasy movies league and play fantasy movies. Participants receive a budget with which they put together a “team” of movies. Those movies score points based on critics’ reviews, Rotten Tomatoes Reviews and profits. The team that accumulates the most points wins.  The winner is announced during Oscars Week.

You can become an activate participant in those Oscars picks by creating your own Oscars Fantasy Draft and League. You nominate 128 of your picks which brings you to your team of nominees. The winner is announced on Oscar night – the person who chooses the most Oscars winners wins the fantasy Oscars.