Asian Year of the Casino 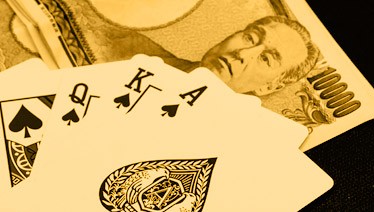 The astounding success of existing Asian casinos is causing developers to do everything that they can to expand. The casinos being built include small, intimate casino sites and large, opulent venues. While no deposit gaming is still offered by online casino sites, Asian casinos present gamers with options for high stakes gaming as well as casual gambling activities.

Japan is getting its feet wet in the world of casino entertainment while in the Philippines a project that could have a massive positive impact on the region stalled. Some highlights of recent happenings:

Under the Integrated Resorts bill that was passed last year by the Japanese Diet, Japan will allow up to four integrated casino resorts to open in the coming years. Each site will feature shops, hotel accommodations, conference spaces and restaurants alongside gaming floor space.

The government must still work out the details of this new move but it is slowly coming to terms with the concessions that it will need to make if it wants to attract big Vegas gambling companies to its shores. One of those compromises involves the original ban on poker, which Japan had initially planned to bar along with mahjong and shogi due to the difficulty of keeping the games fair.

But last week the government decided to allow poker competition in the casinos after it realized that poker is one of the main attractions of any casino anywhere in the world. Initially the Integrated Resorts bill stated that casino operators would only be allowed to offer games that guarantee fairness to the customers. These, they determined, would include blackjack, baccarat and roulette.

The framers of Japan's IR bill traveled to Las Vegas and Macau to observe casinos in action. They realized that it would be wise to allow the Japanese casinos to harness poker's money making potential and they suggested that the government reframe the bill to allow for poker competitions.

In fact, in addition to the table poker games, the commission now intends to promote professional poker tournaments to draw poker fans from all over the globe. This, they note, will translate into more revenue for the national treasury. The framers still intend to focus on gaming fairness by banning acquaintances from sitting at the same table and allowing the dealer to select the players.

"Casino management committees” will be the final arbiters that determine which games will be allowed in the Japanese casinos. These committees will be named when the bill is enacted  which Prime Minister Shinzo Abe hopes to make happen before lawmakers adjourn on June 22.

Several US gaming companies are competing for one of 3 Japanese casino licenses that will be granted. A partnership between Galaxy Entertainment and the Société des Bains de Mer et du Cercle des Étrangers à Monaco (SBM) announced that they will bid for one of those licenses.

SMB Managing Director Jean-Louis Masurel said, “We wanted to expand in Asia, and we decided it would be stupid to try and do it alone. It wouldn’t make sense if we had neither the human nor financial resources to do so. So that’s why we wanted to have a partner…..We knew whatever we could do together [with Galaxy Entertainment] we could build it for the long term. It’s not a three-year or five-year agreement. When we signed the cooperative agreement, it’s for eight years, renewable for eight years and then for periods ad vitam.”

Galaxy has been preparing for applying for a Japanese license for some time. They are grooming a team of executives in Japan and hired Ted Chan, former Melco senior executive, to be the company’s chief operating officer for Japan.

Meanwhile, in the Philippines, Galaxy has had to place its $500 million Boracay casino on hold. Philippines President Rodrigo Duterte, however, is opposed – he has repeatedly called the once-popular tourist destination a “cesspool” and he ordered it closed for six months, declaring "There will never be [a casino] in Boracay.".

The Philippine Amusement and Gaming Corporation (PAGCOR), which oversees gaming regulations in the country, had previously announced that the project was being pulled completely. Now they refer to the project as “on hold.” PAGCOR granted Galaxy a provisional license but once President Duterte made his declaration the project stalled. PAGCOR’s president Alfredo Lim said, in an interview with Reuters, “They (Galaxy) have to probably explain to the president the advantages and that they will comply with the environmental laws.”

Duterte's proclamations seem to be fueled by his decision that gambling is evil. He has said that he won't approve any casino project anywhere in the Phillipines. Recently,  Lui Che Woo, Galaxy’s chairman, and the director of the Asian Infrastructure Investment Bank met with Duterte to try and convince him of the benefits of the entertainment complex but there are no indications that Durante will change his mind.

Estimates are that the Galaxy integrated casino project could generate $100 million in revenue annually for the company which had already bought the land and begun working on the final designs of the complex.