Atlantic City Casinos Consider How to Move Into the Future 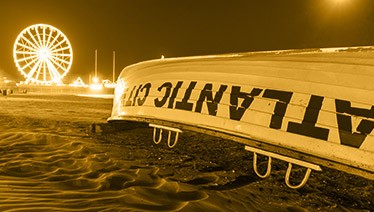 The Third Quarter numbers from NJ casinos were strong, overall, but the increases were not due to anything happening in Atlantic City. The New Jersey Division of Gaming Enforcement (DGE) released figures that showed that Atlantic City’s casinos, including their online casinos like the Grande Vegas online casino, generated a net revenue of $920 million for July, August and September 2018.  That’s a 17.8% increase over the same period last year. Sounds good, right?

When you look at the Gross Operating Profits of these casinos, the picture changes. The GOP of the Atlantic City casinos totaled $213.7 million which actually declined 15.3% in year-on-year statistics.

The decline comes after two new AC casinos opened – the Ocean Resorts Casino and the Hard Rock Atlantic City Casino. It’s not hard to see that the openings impacted the third quarter figures as the 2 new casinos took in $178.5 million. Even though the profits were small due to the properties’ high start-up costs, it’s clear that the 2 new venues cut into the profits of the 7 older casinos significantly.

None of the ‘original’ seven properties posted revenue gains in the third quarter. Actually, only two reported increased profits. The Golden Nugget reported a profit gain of $13.6 million, up 6.6%m which was at probably due to the Nugget’s online casino operation. Online betting wasn’t a clear winner though – Caesar’s Interactive Entertainment New Jersey, which is an online-only operation, saw its revenue fall 10.5% with a profit fall of 69.4%.

Before analysts start to talk about “trends,” “movements,” and “downward spirals,” it’s a good idea to look at the November stats. The DGE reported that Atlantic City casino revenue actually increased 20% in November when compared to last year.

According to the DGE, total gaming revenue increased in November over the same period last year from $206.4 million to $247.65 million. The figures are not an exact comparison because last autumn there were 7 casinos operating in Atlantic City and this year there are 9. Another big change is the introduction of sports betting which has had a tremendous impact on the NJ gaming scene.

James Plousis, chairman of the Casino Control Commission, commented, “November was another strong month for the casino industry. The stage is set for 2018 to be the third straight year of growth in Atlantic City.”

Until a full year of sports betting and the operation of the two new AC casinos goes by, no one will really know what’s happening. But observers are starting to get a picture and it’s not as dim as the third quarter statistics would seem.

Rummy Pandit is the executive director of Stockton University’s Lloyd D. Levenson Institute of Gaming, Hospitality, and Tourism. Pandit said that he hadn’t been surprised to see an increase in gaming revenue last month but was “pleasantly surprised” by the actual amount of growth. “There’s new market segments coming into the city,” Pandit said. “There could be some novelty (related to the new openings and sports betting), but I don’t necessarily believe it will taper off. The market is going to continue to grow because we’re offering a destination resort.”

Atlantic City's two new casino properties — Ocean Resort Casino and the Hard Rock Hotel & Casino, plus the introduction of sports betting, are clearly having an effect, though the ultimate outcome has yet to be determined.  November is the sixth consecutive month of gaming revenue growth in Atlantic City. Analysts must now try to determine whether the Atlantic City casino market will be able to handle the two new casinos or whether their presence endangers the city’s entire casino industry.

One local analyst, Tony Marino, suggests that it “might be wise to curb our enthusiasm about the long-term continuation of positive current casino trends.” According to Marino, overall revenue and visitation numbers are likely to increase on a monthly basis until about July 2019. Then, all bets are off.

Dustin Gouker, lead sports betting analyst for PlayNJ.com said that “New Jersey continues its march toward becoming the nation’s largest legal sports betting market.” “The main driver is online sports betting, which now accounts for the vast majority of all bets in

New Jersey. The state’s embrace of mobile betting has shown the path forward for any other state planning on legalizing and regulating sports betting.”

One of the reasons that football is America’s favorite betting sport is that in football, each game matters on its own, meaning that there is more emphasis on each individual game. An entire season can be decided by one or two wins or losses. When there’s more weight on a game, there is more action.

Sports betting is still young in the United States, even in New Jersey, which was the first state (other than Nevada, which had been offering sports betting all along) to launch sportsbooks. So it remains to be seen if expectations for increased football wagering will be met as the season progresses toward the February 3rd Super Bowl.