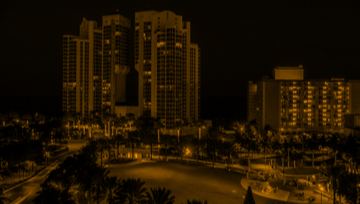 Atlantic City Mayor Marty Small Senior has embarked on a program that, if successful, would see the city recoup tax and fee revenue that is presently collected by the state.

Marty Small Senior entered office in October. Both as mayor and in his previous position as council president, Small has advocated for the city to pursue new revenue streams.  In recent years the city’s ratable base has shrunk and property taxes have risen. More money is needed, Small said, to enable the city to function properly and the extra funds must come from a different base. He hopes that revenues from Atlantic City’s land-based and online casino sites can be diverted to the city.

At the New Jersey State League of Municipalities’ annual luncheon at the Sheraton Atlantic City Convention Center Hotel, Small said, “You can’t talk about raising taxes or finding new sources of revenue until you really do have your house in order. This city still has a long way to go.”

Governor Murphy was also in attendance at the luncheon but gave no indication that he was prepared to facilitate Small’s agenda. “We sit and listen to the elected officials in this community, and we try to find a way forward together,” Murphy said, “So we’ll see on that one. To be determined.”

In 2016 the New Jersey State Government took over Atlantic City after the state legislature determined that the city government wouldn’t be able to remedy its financial situation.  At that time five of the city’s 12 casinos had closed and the city had no funds.

The state government enacted a five-year statute that allowed it to override or dissolve city agencies, overturn city council decisions and sell or seize assets.

During Gov. Phil Murphy’s gubernatorial campaign he promised to end the takeover but now he says that the takeover will continue for the entire 5 years, through 2021.

Yet many in Atlantic City say that the city will never get out of its financial doldrums if it doesn’t get its fair share from the money that city casinos take in.

Atlantic City brings in a big chunk of New Jersey’s annual revenue. More than $66.9 million was generated in Atlantic City in 2018 from a sports betting tax, luxury taxes, parking fees and hotel room fees. The state Department of the Treasury and Division of Gaming Enforcement reports that when tourism promotion fees, sales taxes and state occupancy fees are included, the number reaches more than $155 million.

Small says that Atlantic City just wants its fair share. He says that if what is happening in Atlantic City was happening in the municipalities that are represented by key lawmakers “they’d be kicking and screaming, too….we’re not asking for anything that no one else gets. That’s going to be the fight. I represent the taxpayers. My No. 1 priority, and it always will be, is to stand and fight for them.”

To start, Small is attempting to go after the smallest, and most recently enacted portion of that combined total.  That refers to the 1.25% sports betting tax that was passed last year.  In 2018 the tax generated $627,000 for the state and has already accounted for $514,000 in 2019. Small would like to use that money for property tax relief in Atlantic City. But an act of the state legislature would be required in order for the city to receive any of that money.

The response from Trenton isn’t warm. Kevin McArdle, director of communications for the Majority Office of the state assembly said, “(Assembly Speaker Craig Coughlin, D-Middlesex,) was not aware that the concept was being discussed. Should the proposal come in the form of legislation, the Speaker and Assembly leadership will review it thoroughly and thoughtfully as in the case with all bills.”

Yet Atlantic City might find an important ally in Lt. Gov. Sheila Oliver. Oliver is the commissioner of the state Department of Community Affairs which is agency with direct oversight of Atlantic City. She recently testified before an Assembly committee and said that legislators may soon be forced to consider how money flows back into the city through the Casino Reinvestment Development Authority, the CRDA, which receives significant portions of the fees and taxes.

Oliver told members of the Assembly Tourism, Gaming and the Arts Committee, “We will be having future discussions about do we need to reexamine what the statutes are that describe how that money flows to CRDA. There are strong opinions that some of the parking and luxury tax revenue should, in fact, consider the City of Atlantic City.”

Currently, the Atlantic City municipality does not  receive a direct cut of the sports betting taxes generated by its casinos and their mobile books.

The Atlantic City Council has voiced its support for Mayor Small’s efforts to see a cut of the sports betting tax. The council passed a resolution that requests the New Jersey Legislature amend the sports betting law to ensure that a portion of the tax revenue generated from sports betting at Atlantic City land-based casinos, their online sportsbook partners and the area’s two horse racetracks, Monmouth Park and the Meadowlands, be directed to the city.

Not surprisingly, the demand is not being met favorably. New Jersey Senate President Stephen Sweeney said “You can’t talk about raising taxes or finding new sources of revenue until you really do have your house in order.”

Currently, Oceanport and East Rutherford, home boroughs of the Monmouth Park and Meadowlands racetracks, each receive a 0.75 percent cut of the gross sports betting revenue. Bergen and Monmouth,  their host counties, collect 0.5 percent.

The tax dollars that are collected from the 1.25% sports betting tax are earmarked for CRDA.  Neither Atlantic County nor Atlantic City has any say in how the money is spent.

Small is outraged. “In 14 months, New Jersey has overtaken Las Vegas as the No. 1 sports betting destination, and a lot of it has to do with the success of Atlantic City, and a lot of it is online. But we don’t get one penny. Just think about that. That’s unacceptable.”