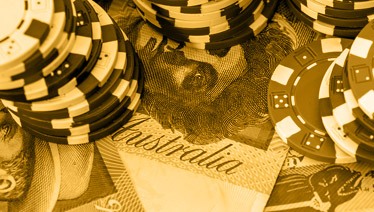 If Vegas online Australian casinos were worried about the impact that the growth of other casino empires in the Far East might have on their country's gambling industry, they needn't have worried. Despite high growth in Hong Kong, Macau, the Philippines and other Eastern locales, Australia's casino industry is thriving.

Some of the latest updates:

New Hard Rock Casino to Be Build on the Gold Coast

Hard Rock Casino is entering the race to obtain the second casino license on the Gold Coast. Hard Rock has approached tourism leaders and local government officials with their proposal to erect  an integrated "entertainment-centric" resort.

Edward Tracy, International CEO for Asia Pacific Hard Rock, said “We believe Queensland has a strong market potential for a new product paradigm, one that is more entertainment-centric, not merely in physical amenities themselves but how they are delivered to customers. People flock to the Hard Rock because of the lifestyle element the brand exudes. The casino is but one among a plethora of entertainment options.”

According to Queensland Tourism Minister Kate Jones, Queensland is looking to downplay the gambling aspect of the project and focus on entertainment. She said, “When we go to market on the Gold Coast, we’re making it clear that the focus should be on big-name entertainment, bringing the likes of Mariah Carey, Celine Dion and Jennifer Lopez to the Coast to perform.”

Hard Rock's Tracy concurs. “This is the model that Hard Rock is currently building in Spain and that (U.S. gaming giant) Caesars has at destinations all over the world. We believe (with) the proposed locations in Queensland, each offers its own individual charm and opportunity and I can envisage a Hard Rock product for each setting.”

Hard Rock sold its iconic Las Vegas facility to billionaire Sir Richard Branson earlier this year. It plans to focus on Asian and European developments with a planned Dublin casino scheduled to open later this year. Hard Rock is also in the running to obtain an Integrated Resort license in Japan which recently decided to open a gambling industry in the country.

The Crown Casino in Victoria is facing sanctions due to non-compliance on a number of issues but the Victoria Gambling Regulator has decided to renew its casino license. The Victorian Commission for Gambling and Liquor Regulation (VCGLR) is, however, threatening fines over the non-compliance issues. It has also ordered the Crown operator to create “new or refreshed” strategies to help deal with problem gamblers.

Observers see the problems as stemming from “failures of risk management and governance. They say that a “lack of innovation” for responsible gaming plus compliance slippages.” as well prevented the casino from meeting community and regulatory expectations. Such lacks should are expected of a world-leading casino operator as part of their regular operating practices..”

Despite the criticism the commission ruled that Crown's omissions don't preclude its ability to hold a gaming license. Crown has, however, been fined record amounts for violations of gaming laws. The fines include last year's fine of US$221,000 for the removal of betting options on 17 pokies machines without prior Commission approval and a US$414,000 fine for minority gambling plus 7 breaches of compliance.

The VCGLR has alleged 13 drug deals were recorded in the  casino and that Crown is also in breach of Victoria's anti-money laundering policies. Crown officials deny any allegations of enabling money laundering.

Woolworths Accused of  Profiling Gamblers to Keep them Playing

Woolworths has admitted that their staff at some of their hotels were charged with keeping profiles on gamers in order to entice them into playing more pokies.

According to the allegations, raised in February by federal MP Andrew Wilkie,  staff at Woolworth-owned pubs targeted gamblers with free drinks to encourage them to bet more on pokies. Wilkie documented how staff compiled detailed profiles about patrons' personal lives and betting behavior. The goal of these profiles was to keep the gamers at the machines for longer periods of time.

According to Woolworths chairman Gordon Cairns, the practice, documented at hotels South Australia, Queensland and NSW  "are at odds with the priorities and values of our customers and the communities where we operate". Woolworths investigated the charges and found that during June through December 2017, employees in Queensland, South Australian and New South Wales pubs were determined to have recorded descriptive information about customers. Some pub staff was found to have given free drinks and extra attention to "high-value customers to encourage further gaming activity".

The staff recorded information such as jobs, times people come in, favourite drinks, favourite football teams, whether they have a partner and their preferred bet level.

Corbett said "The law of the land allows poker machines and we are absolutely committed to being the best operators of poker machines in Australia. …like drinking, like eating too much food, people can make a choice." Corbett said Woolworths and the AHL Group, which own the pubs, hotels and gaming rooms jointly, are committed to conducting business at the "highest legal and ethical standards".

One immediate change that will take place involves a ban on the service of free alcoholic drinks in gaming rooms in Woolworths and AHL casinos.