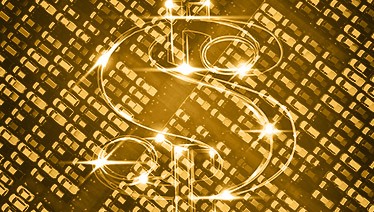 Wynn Resorts is the first of the big Vegas casino giants to back off from charging customers for parking. Instituting parking fees for casino customers in 2016 created a storm of controversy with long-time clients who promised to go elsewhere as they protested what they saw as the removal of an amenity to which they felt entitled.

Last year several casinos decided to charge for parking but the move created a public relations nightmare for the casinos. Wynn Resorts is the first Vegas Strip company to decide that the few extra dollars aren’t worth the bad publicity.

The entire episode of the parking fees gives some insights into consumer behavior in Vegas. The insights go beyond the issue of parking. How do visitors to Las Vegas decide that a casino has crossed the line in taking their money?

When casinos changed the payouts on blackjack from 3:2 to 6:5 to shift the house edge to approximately 2 percent, the anger spilled over to the street. Yet there aren’t any protests about keno where the house edge is about 20 – 35 percent. For some reason, that’s figured into keno players’ budgets…..or more likely, they don’t think about it.

Other questionable Vegas discrepancies that don’t see the light of day include the price differences in breakfast buffets (for instance, the Palace Station charges $7.99 while Wynn charges $20.99) or outrageous prices for food (head over to the Mirage where a plate of 50 pieces of shrimp will run over $600).

So when do customers vote with their feet? Or, in today’s era of social media, take their protest to Twitter, Facebook, and Instagram where they gather large groups of similarly-outraged Vegas patrons?

A lot of the controversies come about when there’s a change. The Wynn buffet has always been the highest in town and Keno has always been known as a game with the worst odds ever. So no one blinks an eye at those outrageous expenses.  But when  Blackjack was turned from a 3:2 game into a 6:5 game, it garnered notice. It wasn’t the status quo that people were angry at, it was when the status quo, which was never in their favor anyway, became outrageously anti-customer.

Until 2016 parking on the Las Vegas Strip was free. In that year MGM Resorts International began charging to park at its Las Vegas Strip properties. MGM operates 12 properties on the Strip (self-parking at Circus Circus remained complimentary). As soon as Caesars Entertainment saw that the paid parking was in operation at MGM casinos they began charging their own properties. Other casino operators followed suit including Wynn and The Cosmopolitan.

The change was not accepted readily. Visitors were outraged. Prices for everything from a pack of gum to a hotel room are already among the highest in the nation and patrons were furious that the casinos were adding another charge to the high food and drink prices, resort fees and deteriorating game odds.

Even as the protest movement grew, parking rates continued to increase. Visitors felt powerless because the casinos all seemed to be in cahoots on this matter. Once, Las Vegas Strip casino ownership had been scattered which made it more difficult for companies to go against the flow and charge for a basic amenity – the laws of competition wouldn’t allow it. But today ownership of the Las Vegas Strip casinos is basically in the hands of a few casino giants which makes it easy for them to collaborate and roll out these kinds of changes at will.

Once MGM began to charge for parking the practice snowballed. Other casinos didn’t want MGM patrons to park in their garages and then walk over to MGM so they started to charge too (plus, of course, they were pleased to collect the additional income). Within a few months, paying for Strip parking became accepted across the board.

Within a few weeks, the protests begin on forums, social media, in news articles and through word of month. Business started to suffer and, while no one could prove concretely that the downturn was because of paid parking, the assumption was that it was.

MGM’s 2017 4th quarter report indicated that both occupancy and slot handle fell slightly in 2017 which marked the company’s first full year with pay parking. The company saw revenues in other areas increase but they wanted to monitor the paid parking issue because they worry that the issue is causing their business to stagnate. Visitation to Las Vegas fell 1.6 percent in 2017 and total room occupancy also declined. Some operators reported increases in total income but the consensus is that paid parking caused a lot of resentment and it seems to have backfired.

Wynn Resorts was the first casino company on the Vegas Strip to cave. Wynn, which started charging for valet and self-parking in August 2017, has now announced that it is returning to its original model and is offering free parking to its customers.

The retreat isn’t total - guests will pass through the parking garage gates where they will take a ticket. If the occupants of the car spend $50 or more they will be credited for one day’s free parking. So Wynn isn’t reverting to totally free parking but the compromise is likely to appease the public.

Explaining Wynn’s decision, Wynn Resorts spokesperson Deanna Petit-Irestone said “Our guests choose to stay with us because of the attention we give to perfecting every detail of their experience,” she says, “and we came to believe that charging additional parking fees is counter to the personalized service we provide. This new policy directly reflects the way we know our guests want and deserve to be treated. The approachable spend amount ($50) is designed to ensure that parking remains plentiful for resort guests while reducing parking overflow from neighboring businesses. Adding further value to the new policy is the ability to divide one total spend among several vehicles. For instance, if four visitors in four separate vehicles spend $200 at a restaurant, all four vehicles will be validated.”

Now that Wynn has reversed, it’s likely that other Vegas Strip properties will also forgo their parking fees. Paid parking has not been successful and, in fact, anecdotal evidence suggests that the fees are causing the Strip to lose business. Wynn is trying to find the middle road by modifying the model in a way that will be acceptable to the majority of their visitors.

Wynn Resorts and the Wynn Encore property are among the most expensive properties on the Strip. If validating parking has a positive impact on spending and visitation, competitors will likely follow suit. Validation might bring in less money directly but the company obviously feels that if, by waiving its $12 parking fee, more visitors will enter the casino and spend more money, it’s a worthwhile move.