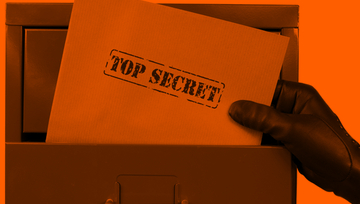 Over the years, Vegas casinos have made a science of studying how to draw in and retain their customers. From big bonus come-ons to lighting, floor design, music and even air scent, every aspect of the casino experience is well thought-out and calculated.

Land-based casinos have turned the act of separating patrons from their money into an art form. Anyone who thinks that they’re playing casino games in order to get rich should think again. There are lucky streaks, jackpots and other occurrences of good fortune. But for the most part, playing at a land-based  casino or even one of the online casinos is just a form of entertainment and should be regarded as such.

One former casino insider has shared some of land-based casino’s secrets that are designed to get as much of the customers’ money as possible and how the casinos safeguard themselves and their players.

All of the casino games involve a great deal of chance but in some, the odds are more tilted in the casino’s favor than in others.

Some of the games with the highest house advantage include three-card poker, Caribbean stud poker and Let it Ride poker. The reason that people play these games, despite the high house edge, is that they offer bigger payouts. Overall, gamers are more likely to lose than to win.

One game that’s especially notorious for its high house edge is Double Exposure Blackjack. That’s because the game has such strict rules about doubling down and also, if the player and the dealer tie without either side achieving blackjack, the dealer wins. That gives the house a 9% house edge. But gamers still love it.

Some games that give the player a better chance include blackjack and video poker.  Derk Boss, a licensed Nevada private investigator and veteran casino security surveillance expert says, “You can reduce the house advantages by being a skilled player or studying the game.” Boss said that video poker is “a game where there are strategies you can study….it doesn’t guarantee you’re going to win, but it gives you a much better chance. It’s going to reduce the house advantage and put things a little bit more in your favor.”

It’s easy to find the entrance to the gaming floor but finding the exit will take you quite a bit of time…..and the need to wander around, past all the games. Same thing for the cash-out counters – they’re well hidden, so by the time you find them you’ll have been forced to walk past – and, the casino hopes, play – more games.

The music is constant and upbeat with the goal being to keep your mood in that same frame of mind. And if you think that you sense a little bit of extra oxygen in the air, you’re right – casinos pump in oxygen to give the clients extra energy.

You might be feeling that you’re well taken care of when casino staff brings you drinks and food but if you do a little analysis, you’ll see that you’re served a meal and drinks that add up to only a small percentage of what you’ve lost.

“Once someone arrives at our property, if we needed to put together their movements over their entire stay, we could easily do so. We would be able to track their movements on the property just about wherever they went — except for like the bathroom and into their hotel room.”

More and more, casinos are using facial recognition cameras as well, to identify people that they don’t want in their casinos. They include people who are suspected of scamming casinos in the past, operating as card counters or having otherwise engaged in questionable behavior. Many of the casinos share information with neighboring casinos so it’s not as easy to scam a casino and then move on to the next venue as it once was.

You can also figure that if you are winning big, the security people are going to be all over you.  “When someone is winning a lot of money, they’re always going to get checked by us,” Boss says. “They’re not going to know it, of course. Say a guy wins $100,000 on a blackjack game. I just want to make sure that it’s legal, that he didn’t cheat, that he didn’t count cards or something like that.” In such a case, says Boss, security will review the player’s actions on video for signs that he counted cards or cheated.

According to Boss, the casino can identify a card counter or a cheater by specific signs. For instance, if 2 people are sitting too close together, that’s something that will alert the security personnel to the possibility that they’re switching cards to create a strong hand between them.

Boss says that another indicator is if someone suddenly changes their bets in a startling way – for instance, if someone has been betting $50 for three or four hands, then suddenly bets $5,000. “That to us is an indicator that maybe they’re receiving information,” says Boss. “Maybe they can see the hole card, maybe they’re card counting, maybe they’re tracking a clump of cards. They’re waiting for a certain condition to arrive in the game, so they’re going to play minimally until that change happens and once that happens they’ll hit.”

“Rubber-necking” is another indicator that someone may have been meddling with a slot machine. “If somebody is cheating a slot machine, invariably, they’ll sit at it and they don’t really have to look at the machine because they know what they’re going to cause it to do. So they’re usually looking around, from one side to the other, looking for security,” says Boss.   That’s what we call 'rubber-necking.’ That’s a big tell for us because [normal] slot players don’t do that — they play their machine and they don’t want to be bothered. So if you look around like that, that’s going to get out attention and we’ll stop to figure out why.”

Poker rooms have less security than other areas of the casino. That’s because, says Boss, poker players police their own games since they are playing against each other and not against the house.

A dealer’s salary is generally minimum wage so it’s considered appropriate for winners to tip. Many dealers prefer to have the player place the tip as a bet rather than give it as an up-front tip.

The most important thing to remember is that, the longer you stay in a casino, the more you’ll lose. But if casino gaming is part of your entertainment budget, it can give you a good bang for your buck. “People come there to have a good time,” says Boss. “So if you’re having a good time along the way and you win a few bucks or you lose a few bucks, great.”