Betting on the Online Casino Modernization of Florida’s Gambling Industry 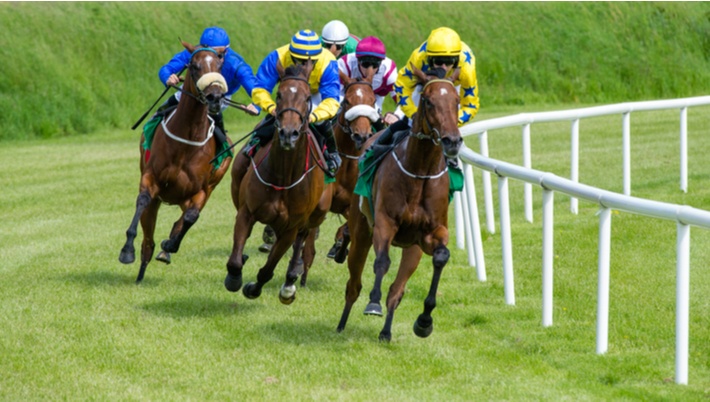 Florida legislators are currently considering a proposal that would end jai-alai and live racing at most of the state’s retail and online casino gambling sites. Only the thoroughbred race tracks —Tampa Bay Downs and Gulfstream Park  — would continue to operate live racing in order to preserve the Florida-based tradition.

The legislature has released the ambitious proposal as a strategy for placing the state’s archaic regulatory structure under the newly-created Gaming Control Commission.

The gaming industry - land based and online casinos - in Florida has been shifting for decades. In an effort to bring some order to the confusion, the state’s Senate Regulatory Industries Committee is holding hearings on three separate bills that are designed to create a regulatory structure that will allow casinos to operate card games even though they don’t operate jai-alai matches or run harness or quarter horse races.

Under the legislation, a five-member Gaming Control Commission would be created. The Commission would be appointed by the governor and would operate under the auspices of the Florida Attorney General. Senate President Wilton Simpson said,  “As we do with other industries, we have a responsibility to ensure our laws are updated to reflect current realities of the industry and that those laws are properly enforced.

He originally hoped to reach an agreement  in which the Seminole Tribe would be allowed to operate roulette and craps at their Florida casinos. Additionally, they would have had exclusive rights to operate online sports betting in Florida. In exchange, the Tribe would have resumed revenue sharing payments to the state.

The talks with the Seminole tribe are ongoing but in the meantime. Sen. Travis Hutson, chair of the Senate Regulated Industries Committee said “Decoupling and a gaming commission are two things the Tribe is not opposed to and we think they are important. We hope the governor and Tribe will come together and resolve their issues in the next 72 hours to a week and we’ll have some new progress.”

Many states have gaming compacts with tribes who operate gambling facilities on native lands as part of their right to do so under federal law. The compacts spell out the obligations and responsibilities of both sides as the tribes exercise their rights to run gaming facilities on their lands. The last Florida-Seminole compact was signed in 2010.

House Speaker José Oliva said that the talks with Seminole leaders were “moving slowly” and that a new compact is “not imminent” as negotiators try to develop a proposal  “that addresses the main concerns that have broken down negotiations in the past.”

Those concerns refer to “designated player” card games which are featured at pari-mutuel facilities located around Florida. Pari mutuels have been at the heart of a legal dispute between the state and the tribe for years. The Legislature wants such pari-mutuel games to continue to operate while the Seminoles adamantly oppose such a concession.

The 2010 compact gave the Seminoles “exclusivity” over banked card games. The Seminoles took the issue of the cardrooms to court where a federal judge ruled that the games violate the 2010 compact. But the 2010 compact has expired and the Tribe wants the terms for a new compact to include the agreement for the state to close down the card rooms.

Up until May 2020, the tribe was paying an agreed-upon $350 million to the state, as part of their obligations under the compact. In May, after the state wouldn’t agree to close down the card rooms, the Seminoles  acted on their threat to end the revenue-sharing agreement and they stopped payments.

Observers say that the Seminoles might be prepared to pay as much as $700 million a month in revenue sharing – but only if the state closes the pari-mutuels or delivers another significant concession.

For instance, the Tribe might agree to back down on the cardroom issue if the state gives them the right to operate mobile sports betting or open additional gambling facilities.

Simpson acknowledges the difficulty of getting all sides to agree on a comprehensive gaming bill. “Florida is a diverse state and our Senators and constituents have many different opinions, beliefs and convictions regarding gaming,’' Simpson said. “The fact remains, gaming is a voter-approved industry that has contributed billions of dollars to our economy for education, health care and infrastructure, while providing hundreds of thousands of jobs to Floridians over the course of nearly 100 years.”

The proposals now being debated in the Florida legislature don’t include mention of Miami Beach’s Fontainebleau Hotel and Resort which developer Jeff Soffer wants to turn into a casino. To do that, he needs a gaming permit from Broward County and zoning changes that will allow the hotel to expand.

City officials have been wary of the Fontainebleau’s requests for changes which focus on extra parking space (granted) and zoning and land use approvals for a standalone ballroom and meeting rooms structure. The officials believe that Soffer wants to transfer the gaming license from his Hallandale Beach Big Easy casino to the Fontainebleau despite local regulations that prohibit gambling. If the state passes new “portability legislation,” Soffer would be able to effect the transfer.

Soffer discussed the transfer of license with Florida House Speaker Chris Sprowls last month during a party on his yacht. Miami Beach Mayor Dan Gelber expressed his annoyance at the attempt to close a back-room deal.  “It does appear over the last week that the move to force a casino into Dade County and our city has gained quite a bit of steam and support. Now, you haven’t heard about it because it’s been done entirely in back room discussions… or in a mansion or on a yacht or on a private jet”

Gelber told the City Council that despite the city’s past successes in keeping gambling out of the city, “this time is different” because the idea of portability of licenses has significant support. If the state passes the initiative, it would pre-empt a city’s right to override the move.