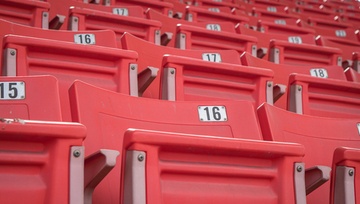 The coronavirus pandemic shut down almost all sporting events last spring and now, six months later, sports are resuming slowly. The sports-gambling industry, however, will take a long time to recover. Bettors, Vegas casinos and online bookmakers are trying to figure out whether they have options this autumn and what those options are.

Gambling in the COVID-19 Era

Some sports gamblers took to betting on obscure sports leagues (Belarus, Taiwan) that continued to hold games while others took to wagering on the weather (over-under on the temperature), stock indexes, politics, TV show competitions (Top Chef), and other entertainment venues (who would be chosen to play which characters in which movies).

Now, the games are starting to return, though it’s still unclear whether the leagues will play out their present seasons and whether new seasons will be able to move through their schedules. Sports gambling is still on shaky ground and everyone, from the people who make the odds to the betting operators to the bettors themselves are all asking the same question – what will sports betting look like in the coming year?

The March shutdown happened at the worst possible time for gambling operators and sports gamblers. The American Gaming Association and other industry insiders were prepared to have close to $8.5 million wagered on the spring NCAA tournament games – more than the Super Bowl. In addition, this year sports betting was legalized in additional states which meant that there would be more books in casinos and online apps in states which allowed online betting. Many analysts were predicting that the industry would collect its highest-ever windfall -- giving states a record in corresponding tax revenue.

As both retail and onsite casinos and their books remained closed, bettors shifted to simulated contests -- approximations of games based on ranking and probabilities as opposed to games that featured actual humans. Video game tournaments also became a destination for both casual and professional punters. Some gamblers turned to wacky “prop” bets but those were offered by offshore sites that were out of the reach of federal and state regulations so there was no one to ensure fair markets. There were some online books that stayed open but they had little to offer.

Professional gamblers were especially hard hit. These are seasoned, reasoned bettors who place their wagers based on methodologies and computer simulations. They weren’t going to head to Belarusian soccer where they couldn’t find enough information to make their bets worthwhile. Some horse racing tracks remained open and took bets but few pros found that satisfying.

There are some signs that the betting world is returning to some sense of normalcy. The NFL draft provided some action but revenue didn’t even cover the basic operational expenses (salaries of employees to run the books, run the websites, set odds, etc).

That’s why many pros are starting to learn the world of simulations. Starting in April, the average total bets on a simulated football game totaled near or over the typical take for an early-season MLB contest.  Many of the simulations are played on Twitch

The learning curve for gambling on simulations is a work in progress. There are many stops and starts and new strategies and skills to learn. Gamers now need to keep in mind that, in computer simulations of games, the late-game clock management is worse than management in real games. Or how some teams have lousy collective ratings for simulations but pull off more upsets than their better-ranked counterparts.

Gaming operators are using third parties to run the simulations. To date, the most popular simulations are for football, basketball and hockey. Real-time betting doesn’t work for simulations because they move much more quickly than live games. Operators are estimating that their company is collecting about 10% - 15% of the amount that they were taking in before major sports shut down. No one predicts that simulations will replace real sports, but it’s something.

At this point, the industry is happy with what it can get. The majority of sportsbook employees are on indefinite furlough and have no idea when or if they’ll be called back. While retail sportsbooks have been hit hardest, online sites are also struggling, though they have more options. William Hill, for example, is offering odds on sporting events including football in Belarus, baseball in Nicaragua and sumo wrestling in Japan.

Professional gambler “Captain” Jack Andrews is looking for light at the end of the tunnel. He believes that the COVID-19 disruption will give the industry a chance to stabilize the market and attract new bettors. “There’s a secret sauce to how sports betting works,” Andrews said. “It’s not guys in a back office setting a line and then the world betting into it with half on one side and half on the other. What really happens is there’s a line put out there, and the sharp bettors bet into it, and the line moves based on their action.” As the pros have sharpened their respective approaches, says Andrews, the market will be sharper and thus more efficient when sports returns.

Since sports betting was only legalized in the United States in 2018, many of the sportsbooks are new. They, says Captain Jack, have less of a chance of holding on than the veterans. Yet he expects to see more states embrace legislation as they look for new sources of revenue.