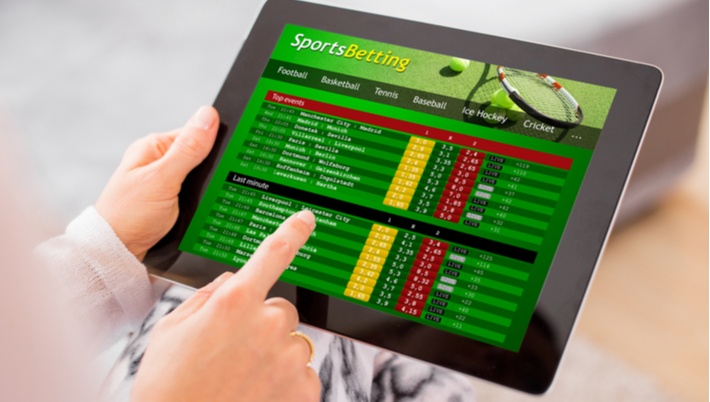 Video gaming is attracting big corporations and major investors  who are falling over each other in their efforts to provide services, sponsor players and teams and get in on the ground floor of the Vegas casino esports industry in any and every way possible.

In a seeming nanosecond, esports has evolved from dark rooms and budget arenas to an industry that features salaries, training camps, scouting activities and sponsorship deals.

Many consider that Championship to be the defining moment when video games came out of the shadows and started to attract notice. Video gaming competitions entered a new era when the Nintendo Entertainment System (NES) appeared on the scene in the early ‘90s.

Early championship games includes the Nintendo World Championships which were held in 1990.  When ID Software’s Quake, a first-person shooter, emerged on the scene, the potential of competitive gaming started to become evident. Internet access grew and by 1997, ID Software held the first true esports tournaments.

With the dawn of the 21st century, video gamers started to play multiplayer games on high-power PCs  as home computers became less expensive and more powerful. By 2006, players were competing for a $1 million grand prize at the Worldwide Webgames Championships. Nintendo ran its Wii Games Summer 2010, leading to the Nintendo Super Smash Brothers for Wii becoming one of the most popular esports games of that era.

Many people have only begun to hear about Twitch but it was actually launched in 2011. Twitch’s arrival on the scene immediately gave esports a new and more vibrant platform. Now, competitive gaming was open to everyone and it was now  possible for people to join a competition from any location. Not only that, but the games could be viewed by fans around the world. This changed the esports landscape for years to come and has set how esports functions today.

The corona shutdown of 2020 propelled the esports industry further and faster than, perhaps, any industry except the mask-making industry. Competitive esports is played largely online so both players and fans can engage on a serious level while social distancing. The competitive scene is characterized today by a high level of developer involvement which has brought structure to the field. The new sustainable ecosystems have led to enormous growth and throughout the world, big business is ready to get involved.

There are a number of ways that big corporations and companies are getting involved in esports. Sponsorships and partnerships are just two of those methods. Some recent examples include June’s Cloud9 which partnered with Excel Esports shareholder Guinevere Capital, the Spanish brand MAD Lions which geared up with a Kappa Apparel partnership, a partnership between Puma and Gen.G Esports and the Nestlé brand KitKat which partnered with Riot Games.

Even the high-style Gucci has entered esports with a Fnatic-inspired watch that costs £1,150 and is available exclusively through Gucci’s website.

In addition to video game contests, esports is playing actual sports and now, due to the pandemic, it is – in many cases – taking the place of traditional sporting events, both for players, viewers and sports betters. In fact, the boom means that this year, esports revenue totals are projected to be that which other sports took in last year.

It’s projected that esports will see significant growth in participants and revenue this year, a trend which is verified by the recent months’ explosion of esports engagement. Revenues for global esports are projected to reach $1.1 billion in 2020. That accounts for an increase of 15.7 percent over the last year. It’s estimated that $822.4 million of that revenue stream will come from  sponsorship and media rights.

ESPN was one of the first media networks to optimize the trend. They ran an NBA2K tournament that featured real-life NBA star Phoenix Suns star Devon Booker who played (and won) virtually. Meanwhile, a Player’s Tournament on MLB The Show was played with the winner being Tampa Bay Rays Blake Snell.

Sports betting is now a feature of many esports tournaments. Networks, Vegas casinos, online betting platforms and other gambling sites have embraced sports betting and are making big money from the new revenue stream.

Brad Christopherson is the program manager for Destinations Coding camp, a free online summer camp that provides  guidance and tools for high schoolers to help them develop their own sports video games and simulations. He wants to help young people enter the esports community beyond the realm of gaming. They are teaching business management and networking, how to attract support personnel for the esports teams,  how to build teams etc.

“There are tons of industry built around this,” says Cristopherson.

The esports industry is drawing investors to leagues for games such as League of Legends, Fortnight, Rocket League and Super Smash Brothers. A league will typically consist of 10 to 12 teams. The teams function as do traditional sports teams – practicing and training, leadership meetings, etc. There are tryouts, scholarships, recruitments and player cuts. Support personnel include statisticians, commentators, managers and coaches.

Some people argue that esport players aren’t “real” athletes but more and more, the industry is being recognized as bringing genuine sporting events to the public. Gamers play in front of millions of fans, train endlessly and invest all of their physical, emotional and mental strength into their gaming activities.

Chris Greeley, senior manager of esports league operations with Riot Games, the maker of League of Legends said, “Whether you look at the competition we have here and acknowledge it’s a sport or it’s a competitive entertainment product, I try not to get hung up on the titles. Bjergsen cannot beat Lebron James in the 40 and probably can’t jump higher either, but the rigors they go though day in and day out for their competition is akin to what you’d see in professional sports.”

Fans and players don’t really seem to care much about the distinction. “It’s just like traditional sports, if you don’t do well they’ll just bench you and slot someone else. So you do have to continually prove yourself. You have to be constantly on top of your game,” said “Licorice” Ritchie, a Canadian LoL coach and player on team Cloud 9.

Business bigwigs are betting serious capital on the projection that esports will continue to draw big numbers, even after traditional sporting events return. Live viewership is one of the main elements that draws the massive numbers of fans and that’s what makes the fledgling industry so alluring to sponsors and advertisers. Since the most valuable cohort in marketing is the 18-35 age range, and since that’s exactly the major (more than half) portion of esports viewership, companies would be foolish to ignore this audience.

“There are a lot of people that are trying to get into esports,” said Kevin Knocke, VP of esports at RektGlobal whose advisors are helping companies enter the esports arena. “But brands need to have a long-term focus, this is not a flash in the pan that you work on for 18 months and get a huge ROI….. The teams that are backing the core team business with a real business behind it are going to succeed. We see a lot of teams that are going for $200 or $300 million valuations, that’s all focused on the sponsorships coming in.”

Franchising is another niche that teams can maximize to get into esports. Yum Brands and Arbys have sponsored in-person and online events, Wendy’s runs sponsorships and Twin Peaks supports Team Envy’s Dallas home game in Dallas. Their efforts have earned them ESPN media coverage. This market is still in its infancy and hasn’t yet begun to deliver ROI.  But everyone recognizes that esports is the future. No one wants to be left behind.