Biggest Struggles May Still be Ahead for America’s Tribal Casinos 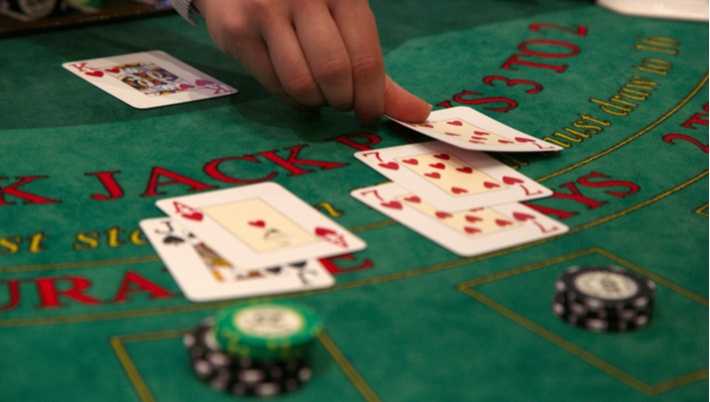 America’s casinos closed down in March 2020. Most of the attention regarding casinos closures has focused on the economic strain for the big Vegas and Atlantic City casinos but the majority of America’s casinos are run by native tribes and those are the ones who are facing the greatest long-term struggles.

Tribal casinos around the United States closed their doors to protect patrons and employees from COVID-19, even in states where such closings were not mandatory. Now the tribes are struggling to fill the gaps that the lost casino sign up bonus income has created – unemployment has skyrocketed and funding for infrastructure, education, scholarships and other needs has dried up – all this at a time when the highest percentages per capita for COVID-19 infections is found on many of the native American reservations. .

Some tribal casinos have reopened, as have the casinos in Vegas, but for the tribes, the situation remains dire. The casinos are operating at 50 percent capacity which is enough to keep some of the employees working, but just barely.

The swell of Indian casinos in the United States started with a court case in the ‘70s in which a Minnesota couple challenged their property tax bill from the local county. The case wound its way through the court system until, in a review by the United States Supreme Court, a unanimous decision held that states lack the authority to regulate native activities on their reservations.

That set the stage for the launch of native casinos which got under way when the Seminole Tribe of Florida opened a high-stakes bingo building on their reservation. The state shut the bingo parlor down  but once again, a SCOTUS ruling upheld the Indians’ right to exercise their sovereign rights on their native lands.

The legal fight continued into the ‘80s until SCOTUS addressed the issue. In a 1986 ruling the judges determined that Native gambling could be regulated only by the Federal government through congress. In 1988 Congress pass the Indian Gaming Regulatory Act (IGRA).

The Act laid out the framework for native gaming, saying that tribes could open casinos in any state in which gambling was regulated through a “compact” that sets out the responsibilities of both sides. IGRA has been challenged multiple times on constitutional grounds but the challenges have never succeeded. Todday, native tribes enjoy “exclusive rights” to operate all classes of gaming on their tribal lands other than in states where gambling establishments are not legal.

There are 474 Indian casinos that operate in the United States and by the end of March 2020, every one of them had closed. Communities were deprived of their primary source of revenue which, in turn, put decades of economic progress for native Americans in danger. Some tribes are now exploring other avenues to restore their income including increased gambling activities.

Poverty on native American reservations is widespread. The reservations are generally located in rural areas that are far from the states’ economic centers. There aren’t many economic opportunities for the residents and estimates are as high as one in three American Indian families living in poverty.

The economic impact of the tribal casinos has been substantial. In 2018 gross revenue from Indian gaming totaled $33.7 billion. Local tribal councils use the income fund local services including infrastructure, law enforcement and education. Establishing a casino on a reservation increases employment opportunities for local residents.

Only about 20 percent of tribes have casinos and the native casinos that thrive are generally located near large population centers or tourist resorts. The casinos don’t come close to mitigating native American poverty but they can help. The loss of the casino income has hit the native American community hard.

Some casinos have started to investigate the idea of operating online casinos. One tribe, the Ojibwe, which operates the Bay Mills casino in Brimley Michigan, already started to operate online and is now looking for ways to move forward. After Michigan authorized online poker, table games and daily fantasy sports in 2019 the tribe partnered with the fantasy sports giant DraftKings Inc. to create mobile and online betting services as well as a retail sportsbook.

That was before the pandemic hit and at that time, casino officials simply thought that the online and mobile betting services would augment their base income from their land-based casino site. “But that was before we’d ever heard of Covid,” said Bryan, President of the Bay Mills Indian Community. Now the casino’s online operations are more important as ever.

One analysis of the impact of the coronavirus shutdowns on native American communities suggests that closures cost $1 billion in lost wages and $4.4 billion in lost economic activity. That happened just as many Indian tribes, notably the Navajo, have faced some of the highest Covid infection rates in the country.

The only option for many Native communities has been to apply to the federal government for help. Tribes requested $18 billion but only $8 billion has been budgeted to date. Newland knows that his community has no one to count on but themselves. Once the state finished the licensing process for the Bay Mills online betting offerings they can, he hopes, return to a measure of self-reliant operation.

The tribes know that they’re playing with fire. Gambling offers economic benefits but also brings with it higher rates of crime, bankruptcies and addictive behaviors. One thing is for sure – the stakes are high.