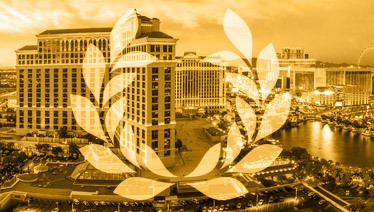 Caesars Entertainment, the successful corporation which has brought Vegas games to casinos around the world, is expanding in new directions. The Las Vegas-based company has decided to focus on non-gaming vacation tourism that brings vacationers to their hotel resorts in different locations through four of their brings.

The brands, including the Cromwell, the Flamingo, the LINQ and Caesars Palace will be brought to locations that tourists frequent.

Marco Roca, former executive of Hard Rock International, has been hired by Caesars. Roca has the go-ahead to begin negotiating immediately to secure international deals. Some of the possible locales for development include Dubai , Hong Kong and Mexico. Other US and international locations may also be added to the development plan in the future.

Caesars intends to work with strategic partners in order to expand its global reach and bring its distinct brands into gateway cities around the world.

Each of the brands has unique characteristics so guests can identify a vacation destination that fits their individual interests, needs and expectations. The brands include:

Caesars' Total Rewards loyalty program has more than 55 million members worldwide, making it one of the world's largest programs in the casino industry and ensuring that Caesars' value proposition will extend beyond its diverse portfolio of established brands.

Its resorts serve as a a tourism driver for the cities and destinations in which it operates. Caesars boasts centralized services, a strong infrastructure and management team with a proven track record of overseeing 47 properties. Over one thousand reservations agents answer phones in 50 languages to give information and take reservations.

Frissora said "Our commitment to these two exciting projects demonstrates the demand for Caesars brands in five-star destinations. This is only the beginning of what we believe will be continued progress against our strategy to expand the company's non-gaming and gaming businesses presence in a capital efficient manner."

The first venue for Caesars' non-gambling resort developments is being planned to open in Dubai. Caesars has announced plans to manage a beach club and two luxury hotels in Dubai. The deal was closed with Dubai’s state-linked Meraas Holding last week. According to the agreement Caesars will  manage the Bluewaters Island development hotels which will include 12 bars and restaurants and 479 hotel rooms.

The opening is scheduled for late fall  or early winter 2018. According to Bob Morse, president of hospitality for Caesars, the company is planning to focus on financial centers and traditional resort areas as they open more non-gaming resorts around the world under the Caesars Brand.

Morse said that “We are looking at other locations and actively pursuing opportunities there." He added that Caesars is expanding its development team for non-gaming business. It is looking at possible sites in the United States, the Middle East and in Asia.

Opening Caesars resorts in the Middle East was tricky until now. Gambling is banned in Gulf States, including in the United Arab Emirates, where the local populations are overwhelmingly Muslim. The combination of money that flows plus the pockets of large, wealthy expatriate populations makes it lucrative to Caesars to build up a presence in those locales where visitors might then be drawn to the company's U.S. gaming resorts.

Another possible site for a Caesar's non-gambling site is Saudi Arabia. Saudi Arabia is embarking on reforms that are designed to reduce the economy’s dependence on oil exports. Towards this end Saudi Arabis is beginning to develop a non-religious tourism industry. Morse said that Caesars is looking at opportunities there although concrete negotiations have not yet materialized.

Morse noted that it might take several years for Caesars to open in the kingdom but, he added, “certainly with the crown prince’s reforms, Saudi Arabia has become far more attractive for a Western brand like us.”

Caesars Entertainment is a casino-entertainment provider with geographically diverse holdings around the world. The company opened its first casino in Reno in 1937 and has grown since then with new resorts, expansions and acquisitions.

Today Caesars operates 47 casinos in 13 U.S. states and five countries.  Among its holdings is the Caesars Entertainment UK family of casinos.