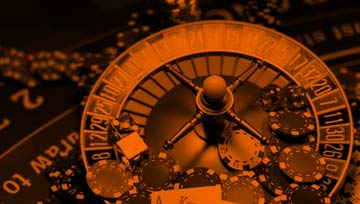 Two California politicians have presented a new online casinos and land-based sports betting bill for consideration. If passed, the legislation would lead to a referendum that could legalize sports betting in America’s most populated state. The state’s gaming tribes are prepared for a long battle as they fight against the legislation.

The bill was introduced by Assemblyman Adam Gray and Senator Bill Dodd. The bill (ACA 16) is expected to pass through the California state legislature with a two-thirds majority vote. If it does, in fact, pass the legislature, the issue of whether to allow sports betting in California will be presented to state voters on the 2020 ballot.

Sports betting has changed the gambling landscape in the United States and sports betting states are leading the change. For the first time, Nevada does not lead the nation in sports betting – New Jersey is now accepting more wagers than Nevada sportsbooks. Over the last year, New Jersey has realized $3 billion in total wagers made since operations began 12 months ago. The income has netted the state over $127 million in taxable revenue.

California is eying those statistics Given its sheer size and the California sports culture, it’s clear to everyone that the state could see a much larger revenue opportunity through the legalization of sports betting. Eilers & Krejcik Gaming, a research firm that focuses on casinos, gaming and other forms of betting, estimates that California would see more than $2.1 billion in taxable revenue once a fully-functional sports betting infrastructure is in place. This would include mobile-enabled sports betting options.

The tribes have already expressed their displeasure at the possibility that outside operators will be able to operate gaming activities in the state. Several tribes recently filed suit against private cardrooms that operate on the edge of the law. The court ruled that cardrooms, which are player-banked rather than backed by the house bank, are considered to be operating within the law.

“In short, CNIGA does not support any expansion of gaming in California, including sports betting, until the for-profit, commercial card rooms stop their illegal practices, including constitutionally prohibited banked games,” said Stallings. “A legitimate discussion on sports betting could then proceed as long as tribal exclusivity is maintained.”

This is the second year in a row that Assemblyman Adam Gray and Senator Bill Dodd introduced their bill to bring the question of California sports betting to a statewide referendum. The legislators introduced the bill after pro-sports betting advocates failed, in a private attempt, to collect enough signatures to bring the subject to a referendum.

If two thirds of California legislators approve the proposal, it will go before voters in the November 2020 election. Observers believe that, given California’s wide sports culture, the referendum will pass.

Senator Bill Dodd summarized his reasons for supporting the bill. “I look forward to working with stakeholders in a collaborative effort to help bring this out of the shadows. By legalizing sports wagering we can avoid some of the problems associated with an underground market such as fraud and tax evasion while investing in problem gambling education.”

Dodd focuses on protecting the public from criminal elements. These groups, Dodd says, move in to provide gambling options in situations in which no legal alternatives exist. Assemblyman Gray’s concerns center on consumer protections.

“It’s time to shine a light on this multibillion-dollar industry. We need to crack down on illegal and unregulated online gaming and replace it with a safe and responsible option which includes safeguards against compulsive and underage gambling, money laundering and fraud. All other gaming activities in California are subject to regulations that ensure the safety of consumers. Sports wagering should be treated no differently.”

California is regarded as one of the nation’s most complicated, intricate gambling markets. Native American tribes currently control most of the gambling in the state. At the same time, some private companies have been able to establish inroads that challenge the tribes’ exclusivity.

There’s a lot of tension over the issue between the state and the tribes. Recently, the tribes lost their court case against privately operated poker and card rooms.  Caesars Entertainment manages Harrah’s Southern California for the Luiseno Indians outside of San Diego but other than them, there are no other large commercial casino operators in the state.