Can Casino Winners Look Forward to a Tax Break? 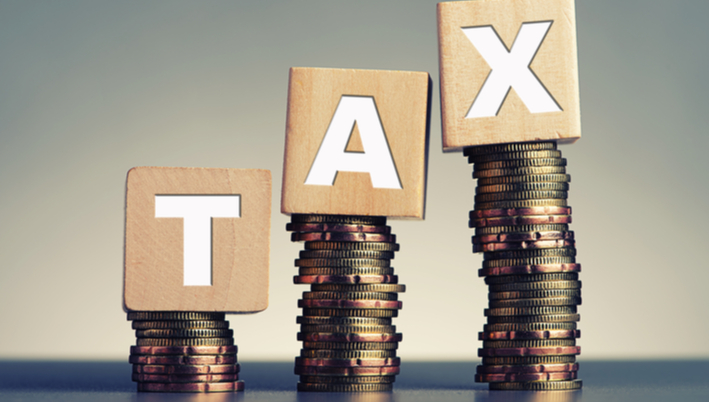 In 1977 the Internal Revenue Service set a $1200 starting point for slot machine winnings that must be reported as taxable. $1,200 in 1977 was worth an amount comparable to $5.267 in today’s terms but the IRS has never adjusted that amount to reflect the new reality.

Two co-chairs of the Congressional Gaming Caucus, Guy Reschenthaler and Dina Titus introduced the Shifting Limits on Threshold Act (SLOT Act) to the House of Representatives. Their goal is to get Congress to legislate a change in the outdated IRS reporting limit that adjusts to today’s inflation.

If the SLOT bill is successful, slots winners will see an increase of 300% in the amount that they can win in untaxable jackpot prizes before they need to report the wins to the IRS.

The 300% threshold growth would be the first time since 1977 that the limit on non-taxed slots winnings was raised.

Dina Titus represents Nevada Democrats and Guy Rechenthaler represents Pennsylvania Republicans. Their collaboration on the bill emphasizes the bi-partisan nature of the interest in the issue, as well as the fact that the subject crosses geographical lines.

The Biden administration has signaled readiness to have President Joe Biden sign the act if it passes as the administration agrees that the increase is long-due and much-needed, especially as casino gambling grows in America.

To the anti-gambling lobby, they point out that the increase only adjusts for inflation and does not indicate additional advances for the casino industry.

Operators would benefit greatly from the passage of the SLOTS Act. As it stands right now, gaming operators are required to shut down a slot machine immediately once it hits a jackpot. They have the burden of filling in paperwork including the W-2G tax document that taxpayers must submit when they report their gambling winnings as income on their annual tax returns.

Because of inflation, the original sum of $1,200, which was significant in 1977, is now considered rather paltry but any win of $1,200 or above still requires that same manpower effort.

Casinos are overwhelmed, not only because of the low threshold but because the average casino has hundreds of slot machines scattered throughout the casino lobby. Three jackpots in one night can mean a dozen hours of work (and closure of that machine) for the casino.

As casino gambling grows around the United States, the interest in legislation in what, 10 years ago, would have represented a small demographic, is significant.

A decade ago there was no casino gambling in Pennsylvania but today it’s one of the nation’s biggest gaming populations.

As the representative of this significant gaming market, Reschenthaler has been vocal in his efforts to move the industry forward. He is co-sponsoring the bill with Titus and, he says, basically fighting to keep the status quo. The fact that the IRS failed to ensure that the $1,200 limit keeps up with inflation simply snowballs by triggering more jackpots that need to be reported.

By raising the limit, says Reschenthaler, and erasing the “onerous red tape” the industry will be able to continue to offer jobs at good salaries and contribute to the state’s economy.

The gaming industry, unsurprisingly, supports the SLOTS Act. It will, they say, upgrade the outdated tax regulations on jackpots and will ease the burdens on the operators. According to the Labor Department’s  Consumer Price Index, the equivalent of $1,200 in 1977 is now valued at $5,567.

In 2020, Congress asked the Treasury Department to calculate the  impact of a potential slot jackpot tax increase on federal government taxes. The Treasury has not yet written such a report which makes it all the more likely that Congress and Biden will be favorably disposed to pass the SLOTS Act and sign it into law.

The Treasury has expressed the concern that with fewer W-2G forms being filled out by the casinos, fewer players will report their winnings. Currently, wins are to be filed under the “other income” tab on 1040 but it’s recognized that many players don’t bother. The IRS doesn’t want to eliminate the W2-G form for lower wins because it sees it as a way of getting at least some of the taxes that are due to it.

But Dina Titus isn’t impressed. She said, “Due to inflation, the number of jackpots hitting that threshold, triggering a shut down of the machine and necessitating excessive paperwork requirements for the patron, has increased dramatically.

This creates an unnecessary burden on the gaming industry, an economic driver for southern Nevada and other communities nationwide where slot machines exist. While I believe appropriate taxes should be collected on winnings, raising the threshold would reduce paperwork and ensure this is accomplished more efficiently.”

Other than the IRS, there doesn’t seem to be a lot of opposition to the SLOTS Act but despite lobbying from the gaming industry, little has happened with it since it was first introduced in March.

Bill Miller, President of the American Gaming Association, is frustrated. “Increasing the slot tax threshold to account for inflation is a long-overdue change that will alleviate unnecessary administrative burdens on casino operators, their customers and an understaffed and overwhelmed IRS.”