Can Newly Re-Elected DeSantis Move Sports Betting Ahead in Florida? 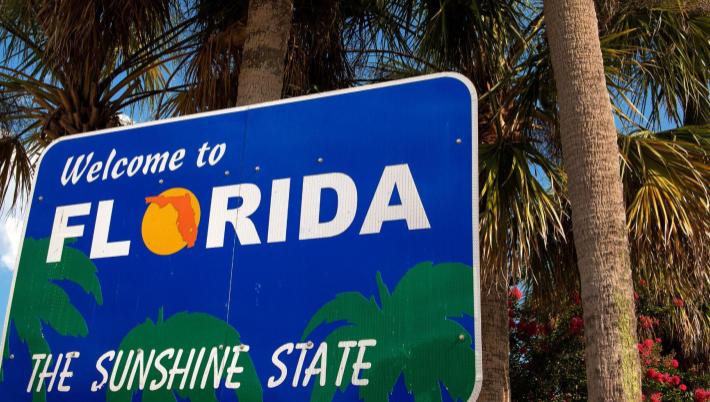 The November elections gave Florida Governor Ron Santis a huge re-election victory, confirming his constituents’ faith in his policies and vision. Betting website electionbettingodds.com which compiles and aggregates live odds gives DeSantis a 26.8% probability of winning the presidency in 2024 – the probability for Trump is currently at 18.4%.

As much as this is good news for DeSantis, he’s currently even more interested in other odds – the odds of whether his state will succeed in passing sports betting legislation that will satisfy the courts, the state’s gaming tribes, non-Indian casino operators and the majority of state legislators. DeSantis has been trying to move sports betting legislation ahead in Florida for years but the infighting among the various interests has kept that from happening.

In April 2021 DeSantis reached an agreement with the Seminole Tribe to renew its compact with the state and continue to operate gaming facilities. The most notable item in the compact involved a new sports betting provision that gave the tribe the right to offer diced-based table games and roulette at its existing casinos and exclusivity over sports betting. In return, the tribe agreed to make guaranteed payments to the state - in bitcoin??

To circumvent the restrictions over the locations where the tribe could operate, the tribe agreed to work with pari-mutuel operators who would install kiosks at their facilities in return for a cut of the proceeds generated by the kiosk machines. The Interior Department reviewed the compact and, after 45 days, expressed no objections, meaning that it was considered approved.

Two companies that operate pari-mutuel facilities in Florida, Magic City and Bonita Springs, filed suit to overturn the compact. They objected, saying that they were excluded from the kiosk network and therefore couldn’t offer sports betting because there was no other mechanism by which they could operate. They also said that, by allowing sports betting that was taking place off of tribal land, the compact violated IGRA.

The Seminoles, for their part, argued that the plaintiffs were only suing because they wanted to stop the tribe from utilizing the rights that it received in the new 2021 compact. A Seminole spokesperson said, “The only reason West Flagler brought suit against Interior is because it could not sue the tribe or state directly. Instead, it sought to collaterally attack their agreement negotiated under IGRA by seeking review of Interior’s deemed approval in their absence. Preventing this collateral attack is where fairness concerns should focus.”

The Seminole tribe launched a mobile app for sports betting but within weeks, D.C.-based U.S. District Judge Dabney Friedrich ruled that the compact was invalid.  The tribe was forced to pull its mobile phone app last December. Now the Seminole Tribe and the federal government are appealing the district court’s decision, though the Interior Department has made no secret of its dissatisfaction with the Seminole Tribe’s actions, saying that it could negatively impact other cases because it goes against precedent. They say that the Department of the Interior can adequately represent the tribe’s interests.

DeSantis’s win of his re-election campaign with 70% of the vote gives him renewed energy to push ahead with the state’s sports betting plans.  He is supporting the Seminoles in their efforts to be heard in federal court and has said that sports betting may be legalized, with the Seminoles running operations, without the state benefitting in any manner.

DeSantis is now focused on getting a court ruling that will certify the legitimacy of the Gaming Compact that the state drew up with the Seminoles which would grant the tribe the legal authority to operate sports betting through digital applications. Judge Friedrich, in his ruling, wrote that he expects Interior Secretary Deb Haaland to nullify the Compact because it is in violation of the Indian Gaming Regulatory Act.

DeSantis believes that the DOI isn’t fighting to protect it in court.

In November, following the election, the Seminole Tribe appealed the court’s ruling that it is not a necessary party to the suit and filed an appellant brief seeking standing in the federal court case.  If the court grants the Seminole’s request to join the state and the DOI in their support of the compact, they can move to have the case dismissed based on the tribe’s claim to sovereign immunity.

Opening arguments have already been heard in the U.S. Court of Appeals for the District of Columbia where the two Florida parimutuels are requesting that the federal district court’s ruling that the 2021 compact is invalid be upheld.

Regardless of the outcome, an appeal can be expected so the opportunity for the Seminoles to offer digital sports betting will be restricted for the near future. Florida sports betting fans should not expect that either the legislature or DeSantis will push for an alternate sports betting initiative where the Seminoles aren’t involved. That leaves only another ballot initiative option which could, at the earliest, be added to the ballot in 2024.

The case has implications for tribal gaming across the country. The issue is whether the 2021 compact between the State of Florida and the Seminole Tribe is valid. The compact was ratified by the Florida state legislature in May 2021, signed by Gov. DeSantis and “deemed approved” by the DOI.

The decision by Friedrich which voided compacts and the subsequent decision by the appellate court to uphold that ruling voided the process that was meant to safeguard Indian gaming rights. If the decision stands, it could change how tribes offer gambling operations and could open up a new model that would allow for statewide digital wagering that is managed by servers located on tribal lands.

Currently, that model isn’t in effect anywhere in the United States but if the Circuit Court overturns Friedrich’s decision, it would be an option in other states, especially in California where the question of how tribes might offer sports betting in the state is holding up  sports betting legalization all-together.