Can the Staid World of the Olympic Committee Compete with a Wild-Eyed Gaming Streamer? 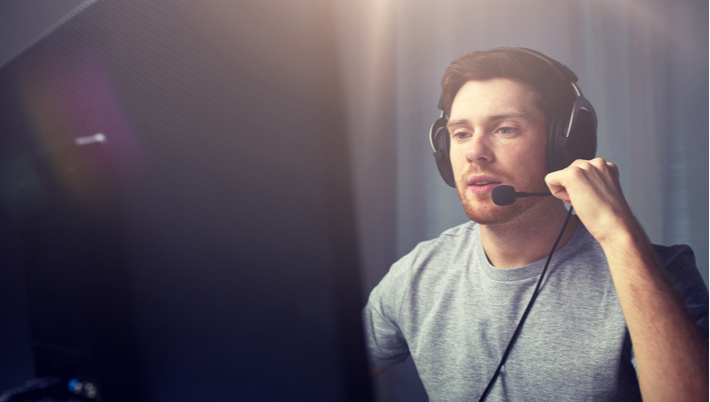 The International Olympic Committee is used to getting its way. The Committee, made up of heads of various international and national sporting organizations, is a traditionally conservative body. The Committee has observer status at the UN and control a large budget. It can add and remove sports from the Olympics and has the last say on almost every aspect of the multi-billion dollar event.

Now the IOC finds itself facing down Félix “xQc” Lengyel, a popular Twitch competitor whose “crime” was to offer commentary on a badminton match. Lengyel’s fans and other Twitch viewers got a chance to listen to Lengyel’s enthusiastic – though unknowledgeable – commentary, much to the IOC’s chagrin. Lengyel found himself the target of IOC ire which resulted in his suspension from his channel on the Twitch platform.

Online casinos are not the only type of gaming going on online.  Let's look at the world of video gamers and what's hot right now.

There are three main types of serious video players. Competitors compete for fun, to be entertained and to engage with other gamers.

eSports players join together in teams to compete against other teams. Some of these competitions take place online, similar to online casino gaming, while other competitions are held in stadiums and convention centers in front of live audiences. These teams train in the same way that traditional sports teams train and their competitions are increasingly being accepted as  genuine sporting events.

“Influencers” are gamers who have been involved in competitive gaming in the past but who have decided to quit esports and pursue careers as online gaming personalities. They combine their online gaming activities with entertaining commentary, interactions with fans, community building among their audiences and other types of engagements. A good influencer not only makes money through fan subscriptions to his/her channel but also as a spokesperson for a brand  to market a product.

Félix Lengyel is a former Overwatch player who is now aTwitch streamer and popular internet personality. Lengyel has 9 million followers who enjoy his often-controversial statements and actions. He is seen by many as, if not Twitch’s biggest star, one of the top streamers on the Twitch platform.

After Lengyel offered his hilarious commentaries on the Olympic badminton event the IOC put pressure on Twitch to take his channel offline. According to the IOC Lengyel was guilty of copyright violation. The IOC insisted that Twitch take down the channel based on the 1998 Digital Millennium Copyright Act (DMCA) which criminalizes production and dissemination of technology, services or devices that control access to copyrighted works.

Lengyel’s suspension ended on August 1st but he is now contesting the invocation of the DMCA by the IOC. “This is transformative content, this is fair use, and this is not what [the Olympics] claim it is,” he said, continuing by saying “if this escalates, it’ll get crazy.”

The IOC claims that revenue derived from the sale of exclusive broadcast rights funds the Olympic Games. They claimed, in an email to the Washington Post, that  “[u]nauthorised streaming of the Games puts the funding of the Olympic Games and the Olympic Movement as a whole at risk.”

“When streamers post footage of the Games without the IOC’s permission, it not only infringes the IOC’s copyrights and the broadcast partners’ exclusivity, but also threatens the IOC’s relationships with its broadcast partners and the revenue that the IOC can generate and reinvest in sports,” the email read. “In this instance, the IOC issued a takedown notice to a video posted on xQc’s Twitch channel because he streamed worldwide hours of footage of the Games without permission from the IOC’s [sic] or the rightholding broadcaster’s and without any other legal justification.”

Lengyel  has retained the services of a controversial social media-savvy lawyer to push back against the powerful IOC. In doing so he got a conversation rolling among streamers about fair use. While the whole issue could backfire if it gets to court, Lengyel will almost certainly come out on top because he’s succeeded in creating valuable and engaging content for his stream – the ultimate goal of any streaming influencer.

In truth, if Lengyel hadn’t pushed the button, someone else would have. The language of the DMCA means, according to the U.S. Copyright Office, that in order for a work to be deemed “transformative,” it must “add something new, with a further purpose of different character” as opposed to substituting “for the original use of the work.” Lengyel’s commentary involved speaking over a pre-recorded sporting event and adding his own commentary. Does that transform the work? Does the inclusion of the chatroom count at “transformative?”

Lengyel seems prepared to be ready to back down. The IOC is a financial behemoth but Lengyel seems to see that as nothing more than a challenge to be overcome.  Ryan Morrison, a gaming-focused talent agent and attorney who represents Lengyel tweeted, “We discussed all options with Félix, and he is confident, as are we, that the content in question was fair use …..When you counter a DMCA, the rights holder’s only option is to sue you. … Félix is taking on an incredible risk to stand up for what is right here.”

The IOC, which is facing declining and aging viewership, is caught between a rock and a hard place. It wants to make sure that viewers have access to only its official broadcasts. But those young audiences are on Twitch and they’re looking for the kind of content that Lengyel is providing. These are the kinds of fans who are uncomfortable with the IOC’s heavy handed behavior – the IOC served DMCAs to streamers broadcasting outdoors from  public areas near the Olympic Stadium and to a streamer who was suspended after watching 30 minutes of Olympics clips.

In the meantime Lengyel and other Twitch streamers are enjoying higher viewer numbers. Everyone wins.