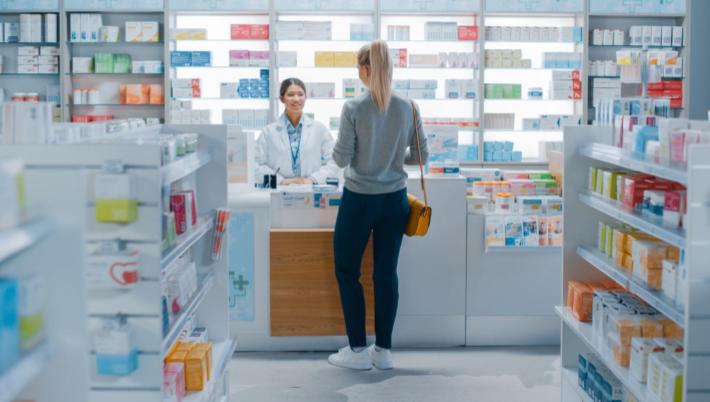 The US has now approved marketing of EndeavorRx as a game-based digital therapeutic device to improve attention function in children with ADHD (Attention Deficit Hyperactivity Disorder). EndeavorRx marks a new era in the union of technology and medicine as its program targets the human brain's prefrontal cortex -- the site of cognitive functioning.

EndeavorRx isn’t a simple Grande Vegas online casino USA game. It was developed by a group of neuroscientists including the co-founder and Chief Science Advisor of Akili Interactive, Adam Gazzaley. Gazzaley wanted to show that an enriched video game can stimulate rapid strides in memory, perception and, most importantly for ADHD patients, attention span.

As the game progresses, participants must focus  while they multi-task, despite distractions. In contrast to conventional video games that has players starting at Level 1 and moving from level to level, levels of EndeavorRx vary from player to player based upon their cognitive ability.

Gazzaley said that Akili Interactive now wants to expand the age group of patients to whom EndeavorRx can be prescribed. That includes seniors who can add EndeavorRx to other types of entertainment. He notes that attention deficits can also appear as a symptom in multiple additional neurodegenerative diseases such as Multiple Sclerosis, Alzheimer’s Disease, Depression and Autism Spectrum Disorder.

The Center for Disease Control (CDC) defines Attention Deficit Hyperactivity Disorder ADHD as a childhood neurodevelopmental that causes the child to be overly active, have trouble paying attention and experience difficulties in controlling impulsive behaviors. Kids with ADHD tend to squirm and fidget a lot, talk a lot, take risks, make careless mistakes, daydream, have difficulty in getting along with others, frequently lose things or forget and have a hard time making good decisions with that will have positive long-range effects.

ADHD can present itself in a variety of different ways and the presentation can change over time. Diagnosis involves taking a history of the child’s behavior from teachers, parents and sometimes the child, medical tests including vision and hearing tests and specific diagnostic tests that measure the child’s ability to focus.

Traditionally ADHD has been treated with a combination of medication and behavior therapy along with healthy eating habits, daily physical activity and appropriate sleep. Therapists also tend to recommend that screen time – from TVs, computers, phones and other electronics – be limited but the developers of EndeavorRx believe that they can shift that paradigm and show that the right screen exposure can be helpful rather than harmful in treating ADHD.

The FDA now agrees. It has approved the EndeavorRx game for pediatric patients aged 8-12 who have demonstrated an attention issue. According to the FDA, “EndeavorRx is indicated to improve attention function as measured by computer-based testing and is the first digital therapeutic intended to improve symptoms associated with ADHD, as well as the first game-based therapeutic granted marketing authorization by the FDA for any type of condition.

The device is intended for use as part of a therapeutic program that may include clinician-directed therapy, medication, and/or educational programs, which further address symptoms of the disorder.

The EndeavorRx device offers a non-drug option for improving symptoms associated with ADHD in children and is an important example of the growing field of digital therapy and digital therapeutics. The FDA is committed to providing regulatory pathways that enable patients timely access to safe and effective innovative digital therapeutics.”

FDA approval for EndeavorRx was given after a reviewof data from multiple studies involving more than 600 children. These studies evaluated whether children who played EndeavorRx showed improved attention function measured by the TOVA (Test of Variables of Attention) and whether they demonstrated improvements in academic performance.

Part of a Therapeutic Plan

EndeavorRx wasn’t ever intended to serve as a stand-alone therapeutic. Akili stresses that it’s not a substitute for medication or other therapeutic strategies. It is, an Akili spokesperson said, an additional technique that can, in conjunction with other therapies, help ADHD patients function better.

Before developing EndeavorRX, Akili Interactive  researchers examined EEG data. They saw that gaming promotes brain activity in the prefrontal cortex which is where attention networks are located. In a group of older adults, there was a picture of neurological activity that differed from what they had observed before the group played, more  similar to that in a baseline group of 20–40 year olds.

The largest improvement came amongst players who received all the tasks at once  which forced them to multitask as opposed to play different subsets of the game.

Using this research, Akili hired gaming and medical specialists who worked together to develop a game as a medical device. Anil Jina, Chief Medical Officer at Akili Interactive described the progression of the game development. “There was a lot of skepticism about using gaming in such a manner, but we were not deterred. Ultimately, no one fully understands how the brain works – we’re only just scratching the surface of a lot of the functionality. Given our collective lack of knowledge in this area, it could be considered naïve to assume that a different approach is not viable. And to be blunt, if existing drug therapies are so good, why do we still have cognitive decline and so many neurological issues?”

Akili based EndeavorRx on the understanding that human brains are constantly evolving, undergoing a process called “neuroplasticity.” Neuroplasticity  refers to the rewiring of the brain’s neural networks, a process that goes on throughout life. The more experiences we encounter in life, the more neuroplasticity there is in the brain.

As Jina told TheMedicineMaker.com, “…the world is changing – and we’re now seeing more acceptance of the cognitive deficits presented in many disorders. “Brain fog” is a term frequently used by patients to describe symptoms of various disorders – including those who have recovered from COVID-19. Here, perhaps some type of inflammatory or microvascular mechanism is causing cognitive function to be depleted. For most physicians, this brain fog or decline in cognitive performance becomes almost irrelevant compared with the immense physical impact of the original symptoms/disease. However, if many people in the general population are saying, “I’m not sick anymore, but I can’t work or look after my children or go grocery shopping,” the impact would be huge. We should not ignore those cases where an improvement in cognition lags behind physical improvement.”