Can you Play Old Board Games Digitally? 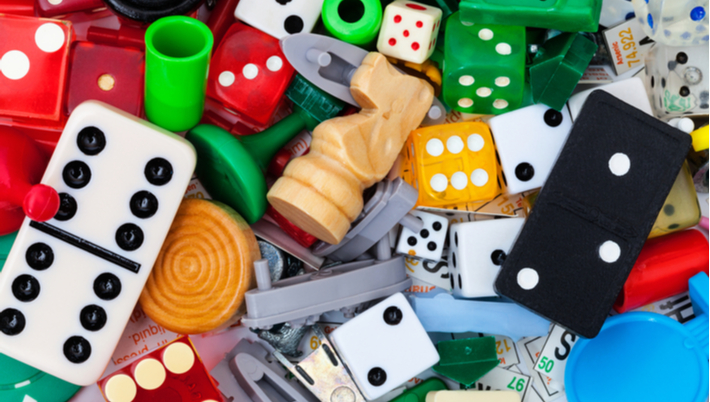 From the keno games of ancient China where results of the draw were transmitted from town to town by carrier pigeon to the Viking’s game of Hnefatafl, Senet in Ancient Egypt and games played with sculpted stones by Bronze Age cavemen in Turkey, humans have always enjoyed playing games. In recent years games like Scrabble, Monopoly, Risk and Clue provided hours of enjoyable pastime entertainment for families and groups of friends and acquaintances.

Now, fans of the classic board games can enjoy their favorite gaming events digitally. From gaming consoles and social media outlets to online cloud platforms and even our very own Grande Vegas no deposit bonus codes online casino, different gaming spaces are featuring old classic board games as old favorites continue to  attract new gaming enthusiasts.

The success of the game publishers to get their games into online spaces has resulted in a great revival for the classic board games. Not only are people playing these games online but many gamers are re-exploring the physical board games at Board Game Cafes that have opened around the world and in their own homes and neighborhoods.

Whereas 20 years ago many observers were predicting that board games would soon die out as gamers turned to video games, today it’s clear that the digital gaming industry has been a boost for the board game sector. Added to the old games are new games such as Settlers of Catan, Pandemic and Ticket to Ride whose popularity can be attributed to word of mouth that spread via the Internet.

The process has become cyclical. As old board games became popular on digital platforms, it fueled new interest in those games in physical spaces. This led to new board games which, in turn, caused the board game players to gp online to spread word about  these new board game adventures.

Monopoly was one of the first board games to enjoy a high level of popularity within all social classes. Monopoly and other board game marketers promoted their games by stressing that such games brought families together so that the family could enjoy a shared experience. Board games’ ability to bring people together continues to draw people to play them, both in-person and online, especially as they become digitally interactive through social media channels.

There are many games that you can play for free via your social media profile but if gaming is something that you’re going to be spending time doing, you probably want to invest in researching the best ways to play board games online including hardware that you might need.

Since the regular voice and chat tools (Discord, Skype, Google Hangouts) don’t allow you to really share board game moves, your best option is probably the RRP TableTop Simulator on Steam.

The Tabletop Simulator app recreates your tabletop in a digital sandbox so essentially, the participating players exist in a virtual space. Components are added and moved through the app simulation – as in real life. Players can recreate any tabletop experience including shuffling cards, rolling dice, holding a hand of cards that your opponent can’t see and more.

You can use the Tabletop Simulator’s basic games and pieces (chess, backgammon, checkers, etc) or use some of the custom components and ready-made set-ups that other players have created.

Just remember that Tabletop Simulator is a DIY experience. The player still has to move the pieces, cards and components. Players who aren’t familiar with PC games may find the control scheme tricky but once you get the hang of it, you’ll never look back.

Slowly, almost all of the popular board games are turning into apps so players can download them to play on their PC or mobile device. There are some free apps but must cost $25 - $35 and make it easy to play single-player or multi-player board games online. For games that involve more rules or more pieces to manage, it’s suggested that you download the app which handles much of the weight of the game.

Most of the best board games of all time including Scrabble, Ticket to Ride, Twilight Struggle, Game of Life, The Gathering and 7 Wonders Duel have been adapted for online play. There are tutorial modes and options to play both multi-player across the internet with friends or strangers and to play single-player against AI.

Regardless of whether you play a physical board game or one online you can enjoy the same level of skill, of risk and of interactive excitement.  Tristan Donovan, author of It’s All a Game: The History of Board Games from Monopoly to Settlers of Catan sums it up.  “ I think there are two big lessons that the new board games are teaching. One is cooperation. Games like Pandemic are purely cooperative. There are no winners. It’s either everyone around the table wins or everyone loses. And even in a game like Settlers of Catan, where you do have one winner, everyone has to work with the other players somewhat as they are trying to win. So I think that board games are teaching the lesson that there is a need for people to work together; you can’t be the individualistic lone wolf and just tread on everyone else to succeed. Even winners are standing on the shoulders of others. So I think that’s one message they may be getting from games.”

“Also” he continued, “they’re providing some access to just normal face-to-face interaction without the distraction of smartphones or happening via screens. And I think that’s healthy. I don’t think necessarily you have to throw away your smartphone, but there are things we lose just by interacting virtually. Even a Skype conversation, for example, you can’t do eye contact and you lose communication within that. So I think it’s a positive thing that board games offer a chance for people to act socially together face to face.”