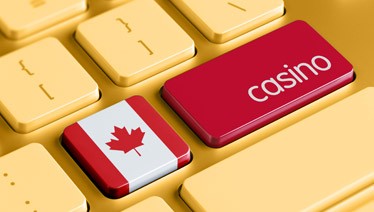 Gambling is permitted in all Canadian provinces. The provincial Gambling Corporations control the lotteries, land-based casinos and online casino gaming based on their individual province’s laws and regulations. The variety of casino offerings differs from one province to the next – some provinces offer brick-and-mortar casinos, lotteries, online casino activity, racetracks and other gaming organizations while others feature a more limited menu of gambling options.

The types of legalized gambling for Canadians range from commercial casino operations and charity games to racetracks, video lottery terminals (VLTs), small bingo halls, ticket lotteries and slot machines. Casino gambling is probably the form of gambling that most appeals Canadians. Presently, more than 100 casinos operate across Canada in all provinces except Newfoundland and Labrador, Prince Edward Island and New Brunswick.

Casino entertainment is a fluid industry in Canada. Most Canadians support the casino industry which has been allowed to grow fairly rapidly. Now entering its fourth decade, legalized gambling in Canada continues to evolve.

Most aspects of casino entertainment are legislated by the individual provinces in Canada but in a vote on a national level, the Canadian Parliament considered – and then shot down – the question of whether to amend the national Criminal Code to legalize single-game sports wagering in Canada.

The proposed federal legislation, known as the Safe and Regulated Sports Betting Act (Bill C-221) was introduced by MP Brian Masse of the New Democratic Party. Masse proposed the bill in February who suggested that gamblers who want to gamble on sports should be allowed to do so.

The Safe and Regulated Sports Betting Act was roundly defeated 156-133. The defeat means the existing law, which allows Canadians who want to gamble on sports to do so via parlay sports wagers -- meaning only on multiple sporting events -- will remain in force. Masse was upset. He believes that the bill’s failure means that organized crime will step in to fill the gap. “Tonight,” he said, “organized crime is celebrating and popping a cork.”

Masse claims that single-game sports betting will grow in Canada, regardless of the legality of the activity, and that if there are no legal avenues for Canadians to bet on single game sports. He also said that the profits that would have been realized from legal gambling could have generated revenue for the Canadian government and for local public works projects. The revenues, which he estimated at $10 billion, will be lost to organized crime and an additional $4 billion will be lost to offshore betting.

Masse can’t re-introduce C-221 during the current legislative session and wouldn’t commit to reintroducing it if he’s elected in the next election, on or before October 21, 2019.

Gateway Casinos and Entertainment Limited, a  casino and entertainment company that operates casinos and gaming facilities in Canada, has announced that it is taking on the renovation of the small Hanover casino. The Hanover Casino is located in northern Ontario, approximately two and a half hours northwest of Toronto.

Gateway believes that the 14 million dollar renovation is a sound investment that will pay for itself by drawing gamblers from southern Ontario who want to combine a casino experience with a trip to Ontario’s northern regions.

Gateway will change the name of the casino to “Playtime Casino Hanover” and has set December 2018 as the opening date. The company believes that Hanover has a sufficient base to handle the enlarged facilities which are expected to add approximately 70 jobs to the Grey County area. Grey County has approximately 7650 residents.

Gateway presently manages 27 gaming properties across Canada including those in Alberta, Ontario and British Columbia. It is also transforming the Starlight Casino Point Edward in Sarnia to the tune of approximately $27 million which will be the Cascades Casino Chatham when it’s finished.

According to Gateway, the Hanover renovation will expand the existing Hanover casino to cover 32,672 sq ft of gaming floor space. Signature Match Eatery and Public House and The Buffet restaurants will be added alongside eight gaming tables and 300 slot machines. .

Linda McColl will become General Manager of the new Gateway Hanover casino. She described the change as ‘the beginning of a whole new gaming and entertainment experience.’

Evolution Gaming Group, a provider of live online gaming solutions, will be building its North American studio following an agreement with the British Columbia Lottery Corporation. The studio will bring a new state of the art facility to Western Canada.

The Stockholm-based company currently offers seven live online gaming studios where players can experience real-time games of baccarat, roulette and blackjack plus numerous versions of poker by playing online with real-life dealers. The dealers engage with the players from a centralized control room so the players have a genuine real casino experience while playing online.

The five-year deal between British Columbia Lottery Corporation and Evolution Gaming Group involves the construction of a 16,000 sq ft Canadian studio in the Vancouver  area. The center could, feasibly, be open by the end of the year. Through this facility, desktop and mobile users of the PlayNow.com website will have access to an around-the-clock assortment of live casino games.