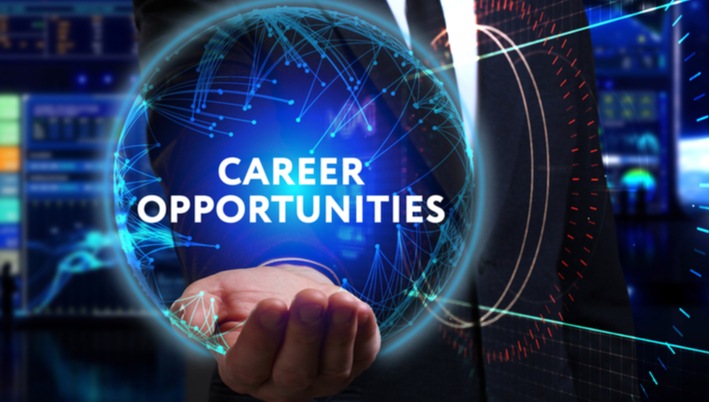 Over the last decade, esports has become a cultural phenomenon. In fact, esports now rivals traditional sporting events in size and scale.  The esports brands are hauling in new players by the droves offering free bets, no deposit bonus codes, tourney competitions and more.  Sportsbooks take bets on esporting events, competitions are held in large arenas in front of thousands of fans and some esports “stars” boast millions of followers.

eSports has earned the right to be taken seriously.  After years of hovering on the fringes, online casino esports can now be considered to be mainstream. Colleges offer degrees in esports and the players, their coaches and other support personnel make good money in the field.

If you enjoy competitive video gaming and think that you have what it takes to be a part of the action, consider a career in esports.

Some esports job roles that may be of interest include:

A professional esports player plays on a team against other teams of professional players. The teams vie for cash prizes which can bring them in hundreds of thousands – even millions – of dollars. An esports player is contracted to play for a team in the same way that teams contract with pro football or basketball players.

Players practice with their teams in preparation for esports competitions. Teams generally specialize in a specific game competition – some teams specialize in shooter games like Call of Dury and Counter-Strike: Global Offensive while others focus on battle toyale games, sports-themed games, etc. Tournaments are held in which the various teams compete for the tournament prize.

To get recruited by a team, you need to get good at your game and stream your gaming sessions. As you gain recognition, you will draw the attention of a team. Team coaches are always scouting for good new talent so if you compete in online tournaments, many of which are free, they can see your talent. Some esports insiders suggest reaching out to coaches to make yourself known.

The three main ways that esports players make money are by winning tournaments and the prize pools, getting sponsored by brands, selling merchandise, tickets and media rights.

eSports commentators are the hosts who provide pre-game and post-game commentaries and a running dialog of the game happenings during live matches. They interview players and other analysts, offer play-by-play accounts of the action and add supplementary data or comments to further enlighten the listeners.

Hosts are the public face of tournaments and events. They introduce the matches, review key moments, interview gamers and keep the audience involved by providing entertaining commentary and information.

If you know a lot about esports and  feel that you have the personality to make the game as exciting as possible, hosting could be a good professional career.

Analysts take information and use it to provide interesting stats on a team, a game developer, a tournament provider or a broadcaster. Analysts often work with coaches to analyze strengths and weaknesses, generate strategies and coach the players to get the best performance.

Coaches do more work one-on-one with the players, analyzing opponents, developing the players’ strengths and helping them work on their weaknesses. Coaches also take care of the team’s day-to-day functions to make sure that the players have a supportive environment and keep everyone on the same page.

Referees and Admins are responsible for ensuring that the esports tournament runs smoothly and that everyone adheres to the rules and regulations. They monitor the gaming action in the same way that a baseball umpire calls runs and outs on the baseball diamond.

With the rise of esports, the importance of esports-knowledgeable content creators and journalists can’t be overstated. The demand for information about esports competitions is greater than ever. Many of the largest publications, including the Washington Post and the New York Times have created space dedicated to esports and they’ve hired journalistic talent to fill those sites with content.

In addition to media organizations, content creators are also in demand by esports teams, data sites, sportsbooks and other  groups. The journalists write news, handle copywriting, edit videos, conduct interviews and write about sponsorships, partnerships, conduct investigative reports, seek out stories, uncover scoops and other relevant content. These journalists and content creators may also be involved in posting updates on social media and producing video content.

Community/social media managers manage the customerbase or fanbase of a team, company or game. They are responsible for posting engaging and interesting content for the community, handling promotions and competitions, gathering feedback, staying in contact with other teams within the company, engaging with fans and more.

Much of a team’s income comes through sponsorship agreements, hardware sales and ticket sales. The sales manager needs to generate revenue by generating excitement around the team’s brand. Sales positions are often commission-based so the more sales, the higher the paycheck. Some teams have partnership execs who expand the brand by creating relationships with other partners and companies through sponsors, partners and joint projects.

When a player gets to a certain level, s/he can’t really proceed without an agent. The agent is responsible for negotiating contracts for their players including sponsorship deals, merchandising deals, etc. Agents help the player grow his/her stature and revenues. They generally work on commission.

Broadcasters and producers do the behind-the-scenes work at an esports event including the camera and lighting work for screens/speakers/projectors and streaming set up to ensure that the technical aspects of the event work properly. Some esports arenas have dedicated production rooms and broadcast studios where the production staff is based and where they can record interviews, edit content, etc.

Additional jobs that aren’t directly related to esports but are part of the esports industry include game developers, testers, publishers and audio engineers.

Every day new opportunities are opening up in the gaming and esports industry.