Case of Epic Vs. Apple Opens in the US; Delayed in Australia 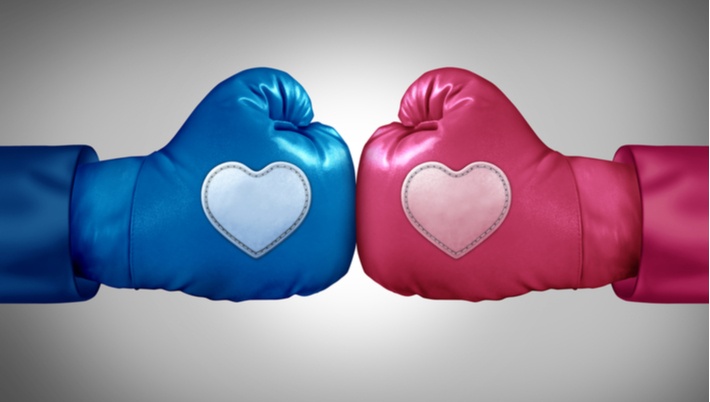 Happily, we at Grande Vegas online casino with our famous (infamous?) welcome bonus casino perks do not have the issues/concerns/dilemmas that other gaming entities do.  Read on to be updated on one of the big gaming court battles going on right now.

As Apple and Epic begin their court battle over Epic’s Fortnite battle royale game, lawyers for Apple were successful in convincing an Australian judge to suspend the case in Australia. Apple’s attorneys asked that Australian courts stay the case permanently because, they said, the Australian case was almost identical to that about to be heard in an American court and should be decided in the US jurisdiction.

The case comes down to Apple’s fees that they charge for App Store payments.  Apple adds a 30% surcharge on App Store purchases. To circumvent those charges, Epic set up its own in-game payments system in August which allowed Fortnite players to purchase in-game items at a reduced price.  That move, said Apple, violated its rules, causing Apple to remove Fortnite from its iOS store.

In response, Epic filed an antitrust lawsuit against Apple, claiming that the Apple App Store is a monopoly.  A similar suit was subsequently filed in Australia based on the fact that Apple’s actions breach various sections of the Competition and Consumer Act [of] 2010 and the Australian Consumer Law. Epic filed similar claims in Australia against Google Play.

Judge Nye Perram ordered that the Australian case be temporarily stayed for three months. Resuming the case in Australia would depend on the outcome in US courts, said Judge Nye. An Epic spoke to The Verge, saying that Epic remains “committed to our fight for increased competition on digital platforms in Australia and around the world” and that the company will “continue supporting the Australian government and regulators in their pursuit of fair competition in mobile app marketplaces.”

The US suit is scheduled to open on May 3rd . It will be widely followed, especially by game designers and app developers. Apple is being forced to defend its move to kick Fortnite off the iOS App Store. The case challenges the App Store model of charging what many observers believe is an exorbitant fee for featuring a product in its store.

The case rests on the question of whether the App Store has the right to demand that any item that it sells will not be sold elsewhere. The so-called App Store tax involves the 30% surcharge that Apple adds to purchases made on the App Store. When Epic installed its own payment system, it circumvented that “tax” which App Store rules prohibit, and thus, was booted off the store.

Epic is challenging those rules, saying that they are an abuse of market power and a violation of antitrust laws. Epic says that the Apple monopoly over iOS is legal but by using that monopoly’s market power it dominates the secondary market for app distribution. That, says Epic, is illegal.

The situation, says Epic, is similar to the antitrust case against Microsoft in the ‘90s when the Microsoft monopoly over the Windows operating system – which was legal – allowed Microsoft to dominate the secondary web browser market. The question that the courts will need to decide involves whether the App Store model is fundamentally separate from iOS. Apple describes its App Store as one of a number of fundamental offerings that makes the iPhone valuable.

In its pre-trial filing, Apple claimed that it wanted to ensure that iOS devices featured increased protection from instability and malware issues. That, along with hardware rooto-of trust systems and code-signing make the App Store exclusivity part of that security. Re: software, there are OS-level and API entitlements that tie the systems together, tighter, because they are enabled only after an App Store review.

This argument is complicated by the fact that Google has none of these restrictions on its competing mobile operating system. Even Apple’s own macOS isn’t bound by the App Store limitations. That shows that it’s technically possible to allow iOS devices to access competing app stores. Now, the court must decide whether that would change Apple’s business model or whether it would change iOS itself.

The App Store model is used widely, presenting a particular challenge for Epic.  Consoles like PlayStation and Xbox operate similarly. They deliver games digitally through a digital store that’s controlled by the manufacturer and is locked to the hardware.

That type of curated digital store model adds credence to the Apple claim that the App Store isn’t meant to trap customers. You can always play Fortnite on a PC or a console if you don’t want to play on an iPhone. Since not all devices are locked into a specific distribution channel, Apple is arguing, every player can proceed as s/he wishes.

Epic doesn’t agree. The business model for video game consoles, it notes, is very different than that of smartphones. Console game development is expensive and slow. That means that without a steady supply of console games, the consoles are useless.

Therefore, manufacturers must attract developers and sell hardware inexpensively which leaves App Store commissions as the primary source of profit. Yet with Apple, most profits come from iPhone sales. Epic’s initial court filings note that “Developers do not participate in those profits even though the availability of apps contributes greatly to the sale of devices.”

At the core, Apple must confront the question of the amount of control that it exerts over its devices. Apple, says critics, uses graphic and industrial design to lure customers in and then locks them in. Apple is highly successful when it comes to integrating hardware and software in a way that delivers a more powerful and purposeful user experience. But everything is dependent on Apple’s ability to integrate the hardware with the software in a way that allows it to keep a tight hold on user experience.

The case between Epic and Apple has a long way to go but what started out as a fight over payment processing could impact the restrictions that Apple places on apps like Parler or on other alternative app stores. This case may be the one that finally sets regulatory limits on how tech companies can operate.

Has Apple’s ecosystem grown too powerful and too big? Should the courts hold it accountable to anti-trust law? On the one hand, Apple can demonstrate that iOS are less susceptible to malware because of the controls that it exerts on downloadable apps. In that way iOS developers benefit financially from the Apple Store distribution network.

Yet all this doesn’t negate the charges of abuse of market power. Ultimately, the court needs to decide whether it’s time to dictate how tech companies can set up their marketplaces. That question will certainly be brought up to the courts again and again as technology plays an increasingly important part in society. The Epic vs. Apple battle is only the first step in what promises to be a long process.