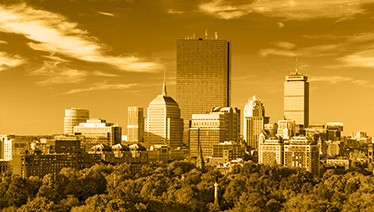 East Coast gamers are anticipating the long-awaited MGM casino resort's opening which is scheduled for August 24th. In addition to Vegas online entertainment, gamblers will have access to a land-based casino venue with opulent surroundings, top eateries and luxury accommodations.

Much attention has been focused recently on the fate of the Wynn company's Boston Harbor casino project but MGM is now stealing a bit of that thunder with a lavish opening that is drawing attention from casino observers worldwide.

The MGM complex will be located in downtown Springfield and will encompass approximately 15 acres for slot machines, card and table games, variety games and other types of gaming machines.

The opening seem to put to rest, for the meantime, the rumors that MGM has been negotiating with Wynn Resorts to take over its Boston Harbor project. That project, worth an estimated $2.5 billion, is scheduled to open in 2019.

Some observers have speculated that Wynn Resorts will want to sell their Massachusetts holdings in light of the investigation over former Wynn CEO Steve Wynn's incidences of sexual misconduct  at his Vegas site. If investigators discover that the Wynn Resorts' Board knew of his behavior and didn't act, it could endanger the project's completion in Massachusetts. Yet neither side is confirming that a deal is being considered and, for now, MGM seems pleased to be well-situated in Springfield.

The casino is the crowning cap in Springfield's push to develop after the June 2011 tornado that devastated the city.  Since then, public and private investment has totaled $3.76

The casino accounts for a large percentage of the money coming into Springfield and also takes into account other projects that were created because of the casino resort including a $95 million renovation of Union Station.  The city also expects an upturn in downtown business due to visitors who are drawn by the MGM casino and plans a $6.9 million refresh of Main Street to accommodate the visitors with a pedestrian wayfinding system of interactive kiosks and a new Valley Bike bikeshare.

The economic advantages of the MGM casino don't stop with the projects. The casino is preparing to start hiring – estimates are that the complex will add approximately 3000 jobs to the Springfield region.

Springfield officials have expressed their thanks to the administration of Massachusetts Governor Charlie Baker and in particular to Jay Ash, state secretary of Housing and Economic Development, and for their help in getting the project off the ground.

Ash provided funding for projects like the planned $3.5-million rehab of Pynchon Park and helped convince MassMutual to move 1,500 jobs here rather than to another state. Ash has said that the state's ability to keep on helping out rests on the Baker's $610 million economic development bill. "What you are doing is everything that should be done," Ash said. "We are happy to continue to support the vision that is here."

The bill includes $300 million to be invested in the Mass Works Infrastructure program. Cities like Springfield can use these monies to build and repair roads, sewer systems, water systems and internet connectivity – all of which are vital to  to attract businesses.

There's also a new police substation that will be part of Pynchon Park plus more money for public safety in the form of a dedicated downtown police unit. The downtown station will house 41 officers and supervisors, new equipment and enhanced surveillance capabilities. The cost is $1.5 million a year but city officials are convinced that it will add to Springfield's reemergence as a cultural center since there will be enough police presence to meet downtown safety needs without pulling the police out of the city's neighborhoods.

On the eastern side of the state, construction of the Wynn Boston Harbor casino resort is moving ahead. The project, however, is under pressure due to an investigation, conducted by Massachusetts Gaming Commission regulators, of Wynn Resorts in light of allegations that former CEO Steve Wynn sexually harassed female employees.

Neither MGM nor Wynn Resorts are confirming the rumors but observers say that they wouldn't be surprised to find out that MGM turns their casino over to a different operator in order to take on ownership of the Everett project.

The Gaming Commission is looking into a reported $7.5 million payment that Wynn made to one of the accusers. If they find that the Wynn Board knew about the payment and thus were aware of the charges that Wynn had assaulted women under his employ, those results could impact the company's license to operate in Massachusetts.

Jim Murren, CEO of MGM Resorts International, said it would have to be an "extremely unique situation" for MGM to consider taking on another major project after opening new casinos in Massachusetts and China. "I just don't see it" he said. MGM officials have noted that the company has faced a drop in revenues in recent months, partly due to the Las Vegas Mandalay Bay shooting in which a gunman shot 58 people from his hotel suite. This slump might well make them reticent to take on a larger project in Boston. Wynn Resorts is also dismissing speculation that they are trying to get out of the Boston Harbor project. Matt Maddox, new Wynn Resorts CEO, has said empathetically that  "Boston is not up for sale."

If MGM is indeed thinking about taking over Wynn's development in the more desirable Boston market, MGM would need to find a new owner for its Springfield casino since Massachusetts law prevents casino operators from holding more than one state gambling license. One possible scenario might involve the Indian tribes that operate Connecticut's Mohegan Sun and Foxwoods resorts buying MGM's Springfield property which would allow MGM to move into Boston.

Despite Maddox's denial, other Wynn spokespeople have admitted that Wynn Resorts is "taking a hard look" at their future in Massachusetts.