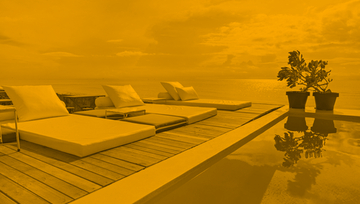 Once again, we are confronted with another advantage to playing at online casinos like Grande Vegas - a great welcome bonus casino without all the controversy we're constantly hearing about at land-based casinos.  Here are the latest scandal details.

The state of Nebraska and the District of Columbia are suing casino resort hotels over hotels’ failure to fully disclose the fees that many resorts charge for hotel amenities. The charges are “deceptive and misleading" say D.C. Atty. Gen. Karl Racine and Nebraska Atty. Gen. Douglas Peterson. The suits were filed against the Marriott and Hilton chains.

The Nevada casino resort industry is watching the action closely. A court ruling against the hotel chains would impact Vegas casino hotels which are notorious for leveling such charges.

The action by Nebraska and D.C. was taken to challenge the way that the hotels hide the fees.  Meghan Stoppel, Nebraska assistant attorney general explained, “We’ve never asked anyone to stop charging resort fees. What our concern is is that the entire price [should be shown] upfront to the consumer for price comparison. Stoppel serves as the consumer protection bureau chief for the Nebraska AG’s office.

Resort fees include fees for amenities, facilities, taxes, cleaning and other “extras” that hotels demand that you pay – usually, after you’ve booked and sometimes even after you’ve completed your stay. Hotel guests often realize that the extra fees are being charged only when they check out. Hotels and travel agencies don’t always disclose their prices and, until now, regulators have been slow to act.

Anna Laitin, director for financial policy at Consumer Reports, which has taken an active role in trying to stop the practice, says "Hotels are inflating the cost of rooms with added fees, making it difficult for consumers to discover the full cost of a room or to comparison shop. The FTC should ban this unfair practice."

In the past, the Federal Trade Commission has sent warning letters to online travel agencies and hotels that did not adequately disclose those fees but no further action was taken. The practice involves fees that are not disclosed to consumers in the initial online price that the consumer sees. Instead, the hotels show only the room’s base cost. Additional mandatory costs are not shown, though some sites mention, in small print, that additional fees will be added.

Only after making multiple clicks and arriving at a checkout page do clients see the total costs which include the hidden fees. Hotels count on consumer “exhaustion", say travel consumer advocates, which occurs after the consumer navigates through the entire booking process, clicks the “book” button and THEN sees the extra fees.  The consumer often completes the booking because it’s just the simplest solution to completing the reservation after having finally negotiated the long, involved booking process.

Consumer advocates argue that such a practice makes it impossible for consumers to compare prices.

Peterson filed Nebraska’s suit. In his court filing he noted that “a resort fee is a mandatory, nightly fee purportedly charged to cover the value of certain amenities offered at resort properties……defendant began charging similar mandatory fees at its non-resort properties … in larger cities.” Such fees were listed as “urban destination fees” or “daily mandatory charges.”

Consumer Reports says that, in 2018, resort fees totaled almost $3 billion. Bjorn Hanson, a professor at the Tisch Center of Hospitality at New York University, says that hotels will collect even more in 2019.  Multiple Las Vegas casino resorts have raised their resort fees this year.

Resort fees encompass a wide range of services and products from pool and fitness center access to Internet access, parking, nightly bonfires, etc.  They’re a significant source of income for the resorts.

According to ResortFeeChecker.com, in Las Vegas, resort fees, which are added onto the room costs, start at $10 per room per night and can climb to a staggering $51.02 per room, per night.

For example, the Venetian advertises a luxury suite for two adults in August at $284.25 per night. This does not include taxes or the $45 resort fee. When you add everything up, total cost is approximately $329.25 per room, per night.

The fees are added on whether or not the guests use the “amenities.” According to Chad Beynon, senior analyst at Macquarie Group Limited, “it is mandatory. So even if you don’t use those products, you still have to pay a $30 to $50 fee that is not being advertised when you book your room.”

Wolfe is a licensed attorney in Michigan and in Washington D.C. Her site offers tips on how to avoid paying these fees. They include:

Wolfe has studied the effects of resort fees in Las Vegas. She states, “In a city where tourism is the industry, hotel resort fees are singlehandedly ruining an entire town’s livelihood.”

In the meantime, MGM Resorts International, undeterred by the legal proceedings, increased its resort fees by $6 at three of its Las Vegas Strip properties on August 1st.

Aria Resort & Casino, Bellagio Hotel and Casino, and Vdara Hotel and Spa raised their respective resort fees from $39 to $45. These fees match those at the Waldorf-Astoria, Wynn-Encore, The Palazzo, and The Venetian.  Total resort fees for these properties is now $51.02.

The company said that decisions on pricing are based on local and nationwide marketplace standards. They factor in the bundled costs of services and amenities that are included with a stay.

MGM said their resort fees “are comparable with other luxury resorts’ fees in Las Vegas.” Brian Ahern, director of corporate media relations at MGM Resorts, related to the fees, saying “We are constantly evaluating prices to ensure they properly reflect the business landscape and the services and amenities they support.” The services and amenities included in the resort fees include access to gyms, swimming pools and rooftop bars. They also account for casino credits, newspapers, transportation and water bottles which are placed in the rooms.