Casino Sign Up Bonus Sports Betting in the NBA 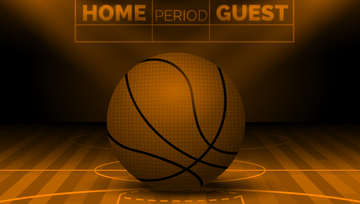 The major leagues have had 2 years to make their peace with the legalization of casino sign up bonus sports betting in the U.S. Now, it’s time for them to optimize sports betting for their own benefits.

Prior to the May 2018 SCOTUS ruling that states could legislate for sports betting in their own jurisdictions, the major leagues fought against allowing sports betting tooth and nail. The main argument that the leagues put forward was that sports betting could compromise the sport and would lure the athletes, their families and other support personnel to place bets and, possibly, throw games.

The Supreme Court disagreed. In their ruling, they said that the 1992 Congressional ban against sports betting was unconstitutional and took away the rights of states to determine state policy. Sports betting had only occurred in Nevada prior to the ruling, which had been grandfathered into Congress’s 1992 PASPA (Professional and Amateur Sports Protection Act) act. Within months after the ruling, dozens of state legislatures were either legislating sports betting in their states or were considering legislation to do just that.

Now that sports betting is a reality, it’s time for the leagues to make their peace with sports betting and learn how they can profit from it.  The NFL has moved quickly in this regard and now it’s the NBA’s turn.

Silver believes that a betting app is the best way to go. It would reach more fans directly and give the league the option to work with an experienced casino provider so it can go beyond basic bets and odds and include fantasy sports options, mini games and more.

Silver was an early supporter of sports betting. In 2014 he wrote an op-ed titled "Legalize and Regulate Sports Betting" which was published on the New York Times Website. By publishing, Silver became the first acting commissioner of a major U.S. sports league to publically support legalized sports betting. Even though, at the time, the NBA was one of the chief opponents to New Jersey’s attempt to get the Supreme Court to legalize sports betting, Silver was, in the words of analyst Ken Speers, “the pioneer who said, in effect, “com’mon guys, the horse is already out of the stable.”

In his op-ed, Silver wrote, "Congress should adopt a federal framework that allows states to authorize betting on professional sports, subject to strict regulatory requirements and technological safeguards. [W]ithout a comprehensive federal solution, state measures such as New Jersey's recent initiative will be both unlawful and bad public policy."

The idea of getting the NBA involved in betting on its games is gaining support among league execs who see the potential. A sports betting app would put the league squarely in the middle of the betting, meaning that the profits would go to the league. Currently, people who want to bet on the games must find an outside casino app for online betting, or a land-based sportsbook for retail betting.

By setting up its own app the NBA would be in control of the entire online betting process. Currently, the NBA is the gaming partner of MGM Resorts which brings with it the experience and the technical tools needed to operate a sportsbook. Yet that partnership does not online betting with it which, especially today, is sorely lacking.

The NBA doesn’t need to stick to straight betting on the games. Many online casino sites feature multiple slot games, many of which have sports-related themes. The NBA could develop online slots based on basketball, and specifically on the NBA. The league could, theoretically, hire a game developer to design a slot reel that featured player likenesses and official team logos as well as characters based on league stars.

The idea would be to create a game that looks and feels like an NBA product so that its content would be particularly appealing to basketball fans. In addition, an online slot game that has mini-games would be an attraction – a jackpot reel where, for extra winnings, the player would go through an arcade-style shooting exercise with a player of his choice. Possibilities are endless.

Next to football, basketball is the game that is most suitable to being a fantasy sporting event. A dedicated NBA sports betting app could include fantasy options. Players would almost certainly enjoy betting on long-term draft games, including revisiting old drafts.  Bill Simmons is broadcasting a series of “Redraftables” podcasts where old drafts are reviewed. NBA Draft enthusiast and basketball writer, Chad Ford, recently launched a new podcast where the same sort of thing is featured.

Sports betting aficionados have already begun to ask why the interest in recapping past drafts can’t be turned into a game. If there was a NBA betting app, a whole new kind of fantasy game could be introduced. Participants would draft players and achieve rewards based on those players’ performance in coming years. With a wagering component, this could be a hit.

New casino games are also a possibility if the NBA partners with an online casino provider. New games could be designed based on NBA concepts including arcade-style shooting games,

The possibilities are endless. The NBA now has some quiet time to consider how it wants to move ahead in the new world of sports betting.