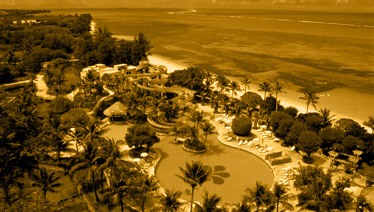 Imperial Pacific International was looking forward to a banner year in 2017. The company, owned by Chinese multi-millionaire Cui Lijie, moved out of its shopping mall digs and set up its Vegas games in a new beachfront tower that's located in the heart of Saipan’s central tourist district. The venue attracts Chinese high rollers who find that they prefer the convenience of a Saipai location over other Asian casino venues such as Australia, Macau and South Korea.

Yet since the first months of 2017 Imperial Pacific’s shares have declined 33%.  Cui, who owns 63% of the company, has seen her net worth decline (although she’s still a billionaire).

Imperial Pacific faces several big challenges. Though the casino has been operating for over two years, the casino – which focuses on the VIP market, has yet to prove that VIP gambling can make money in Saipan.

Imperial Pacific is also struggling to secure needed funding so that it can finish its $600 million beachfront hotel.

The expansion of the casino from a mall location to a beachfront hotel was fueled by early stats that showed that the "little casino in the mall" was taking more high roller bets than was the Venetian Macau. Those numbers attracted top investment banks who came to Saipan to get a piece of the action.

That excitement lasted for only a few months until lenders got cold feet. Mark Brown, who had extensive experience in casino management from his work for Sheldon Adelson's Las Vegas Sands and as president of the Trump Casinos, served as chairman of IPI but left amongst rumors of financial troubles for the casino. .

At that point Cui, was the majority shareholder in the company, was appointed to the board of directors. Cui lent IPI $150 million last year. Cui’s son is former Macau junket executive Ji Xiaobo. He is serving as the project director for the expansion.

The expansion was designed by Paul Steelman, a leading casino architect. Plans called for 340 guest rooms including beachfront villas plus more than 20 beverage and food outlets. The casino was set to be built in Garapan, the tourism center of Saipan.

The hotel’s casino area opened in July, nearly six months behind schedule. Currently the venue features 235 slot machines and 76 gaming tables along with two VIP rooms. There's a Chinese restaurant and two bars. The hotel rooms have not yet opened but CNMI officials have set a new deadline for August. The company still needs an estimated $200 million to complete the hotel

Cui Lijie is still on board with the IPI project, having just purchased an additional 119 million shares in IPI.  Cui has been majority owner of Imperial Pacific since its 2013 listing and joined the company's board of directors in May 2017. Her purchase of the $100 million of company bonds was designed to help finance the hotel-resort project.

Cui’s son, Ji Xiaobo is known as the mastermind of the company’s ambitious $7.1 billion integrated resort plan.  Cui and her son are from  Harbin, a town located in the northeast corner of China above the Korean peninsula.

Cui was a “barefoot doctor” who, as a teenager, treated patients in the countryside. She invested in an auto repair shop while still a teenager and later diversified into LED lighting and property investments. They moved to Jiangsu on China’s central coast and worked on obtaining a Hong Kong stock market listings for their LED maker as well as for a health tonic company and other mainland small businesses. Ultimately they relocated to Hong Kong. Cui Lijie focused on property and jewelry collecting while Ji joined the securities profession and then Macau junket promoter Heng Sheng Group.

Ji decided to seek a casino license for Saipan while on a vacation trip.  His mother and aunt joined him in raising the needed funds. Shortly thereafter, Cui led the family’s takeover of First Natural Foods Holdings. The mother-son team renamed the company "Imperial Pacific" and expanded that initial $38.7 million investment into a holding whose market value is approximately $1.7 billion.

Today Cui spends most of her time in Saipan where she follows her son's business pursuits while enjoying photography and other Saipan community activities. Cui says that she especially enjoys participating in programs that are aimed at helping the rural poor – just as she did in China 40 years ago as the "barefoot doctor."