Changes to Wynn Resorts Board of Directors 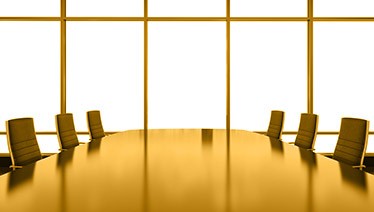 Wynn Resorts is still reeling from the February resignation of company founder and Chief Executive Officer Steve Wynn, his sale of his Wynn Resorts stock holdings and the return to prominence of his ex-wife Elaine. Now deep changes in the Board of Directors are taking place, giving online Vegas casino players and Vegas patrons a chance to see how the company operates.

The company just announced the appointment of three new executives to its Board of Directors. All three are women with extensive experience in management.

The company's Board now encompasses eleven members with 36% of the board being women. They include Margaret "Dee Dee" Meyrs, Winifred "Wendy" Webb and Betsy Atkins. The company welcomed these new independent directors as part of its commitment to expand the Board's composition, skills and experience.

Dee Dee Myers is probably best known for serving as White House Press Secretary during President Bill Clinton's first term in office. Myers is a strategic and crisis reputation management and communications consultant. She is currently Executive Vice-President for Warner Bros Entertainment in their Worldwide Public Affairs and Corporate Communications division. Myers wrote Why Women Should Rule the World  in 2009 which became a New York Time bestseller in making the case for increased female leadership in business, politics and communities.

Atkins is a serial entrepreneur. She founded Baja Corporation, a venture capital firm. She is an acknowledged expert in corporate governance and in digital and technology transformation initiatives. Atkins is a three-time Chief Executive Officer. She has written on corporate governance for the National Association of Corporate Directors, The Financial Times, Business Insider and Forbes. Her experience and skills include diverse areas such as retail and financial services, hospitality and healthcare.

Only weeks after she became majority shareholder in Wynn Resorts, following a negotiated settlement of a court case that saw ex-husband Steve Wynn sell off his shares, Elaine Wynn has moved quickly to try to regain influence in the company.

Elaine Wynn helped to found Wynn Resorts 16 years ago. She was embroiled in a suit against co-founder and ex-husband Steve Wynn since 2010 over a shareholding agreement and was ousted from the Wynn Resorts board in 2015.

On March 15th of this year lawyers of Elaine Wynn and Steve Wynn came to an agreement to terminate the shareholding agreement which allowed either Wynn to sell shares in Wynn Resorts. After Steve Wynn sold his shares (amounting to approximately 12%) Elaine Wynn became the majority shareholder with a 9.4% stake in the company.

This week Elaine Wynn wrote to fellow shareholders, asking them to withhold their vote for Board member John Hagenbuch who serves on the audit committee, the compensation committee and a special committee that was created to look into sexual harassment allegations against former chairman and CEO Steve Wynn.

Hagenbuch is private equity with close ties to Steve Wynn. Elaine Wynn wrote to shareholders that she believes that "it is time for Hagenbuch’s departure from the board so that new board members can seek change, free of holdovers from the past. My opposition to Hagenbuch serves as a referendum on all of the longstanding legacy directors, including those who are not up for re-election.”

Ms. Wynn was specifically troubled by the fact that Hagenbuch, a friend of Steve Wynn, was on the special board committee that was investigating Wynn. “Mr. Hagenbuch’s service on the special committee is disconcerting. I find this obvious conflict deeply troubling,” she wrote.

Elaine Wynn also said she was “troubled” by the salary given to executives. She objects to Matt Maddox's salary of $24 million, calling it “exorbitant for a first-time, untested pubic company CEO” and “demonstrates that very little has changed." She blames Hagenbuch for pushing this type of pay package through. In her letter she wrote “Voting withhold will send a strong signal to the entire compensation committee that the company’s executive pay practices must change.”

A final concern rests with Maddox’s recent comment that Wynn Resorts is open to a sale of Wynn Boston Harbor. The Massachusetts project, valued at $2.4 billion, is expected to open next year but trouble has risen in the form of an investigation by the Massachusetts Gaming Commission which is looking into whether the license is still valid in wake of sexual harassment claims against Steve Wynn and questions about how the board handled those claims of assault.

Elaine Wynn's letter concluded by saying “I believe that before any decisions about Wynn Boston Harbor are made, a reconstituted board must be in place. In my opinion, [Massachusetts] regulators would look favorably upon a change in a majority of the board.”